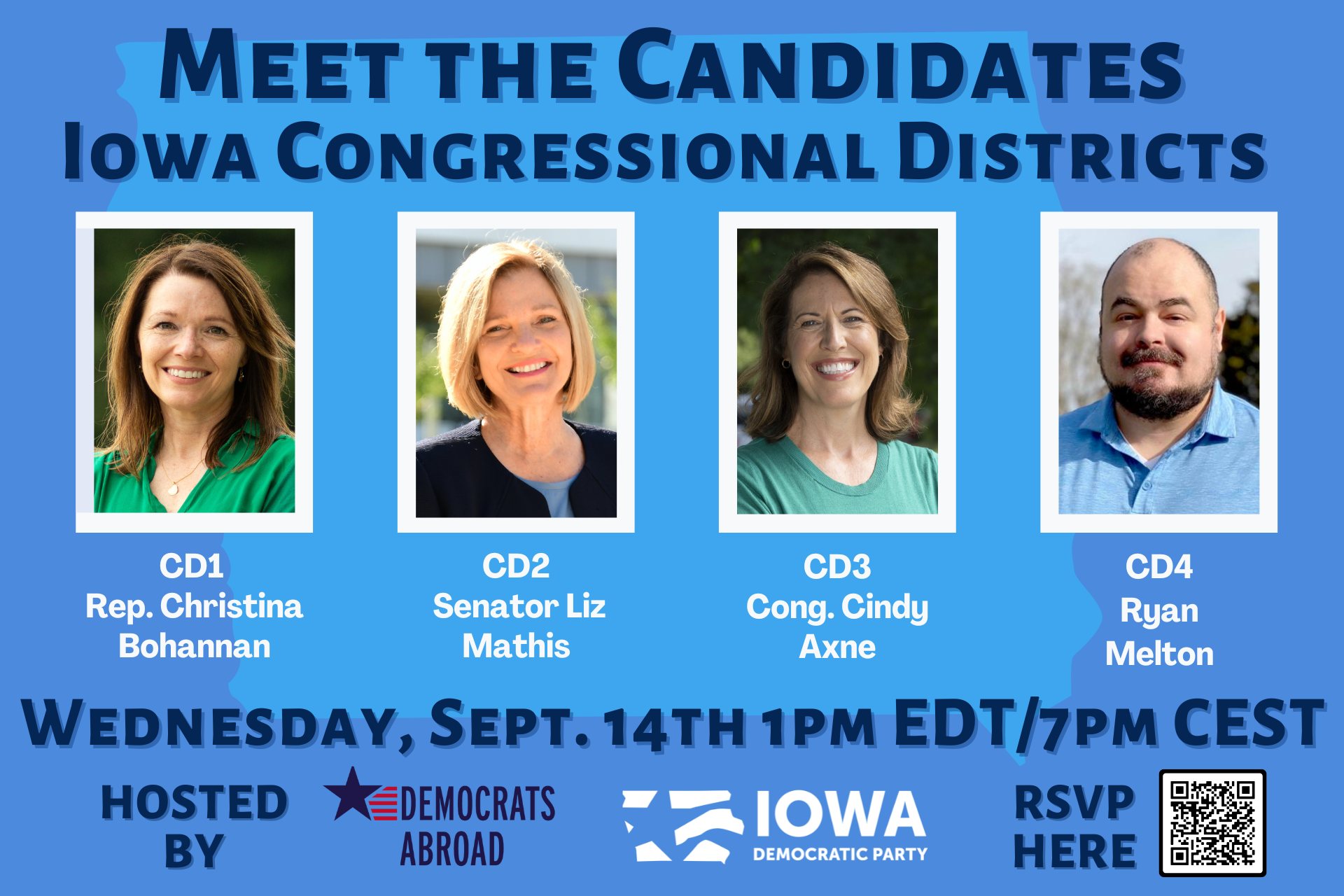 Every single vote matters in Iowa. Back in 2020, six votes decided one Congressional race making it one of the closest elections in history. Now in 2022, Iowa is the battleground for the most competitive Congressional races in the nation. It's critical that every eligible Iowa Democrat votes in this midterm election. From reproductive rights to education, our freedoms are on the ballot this November and we need to get out the vote.

Democrats Abroad are honored to be hosting an event with the four Iowan Democrat candidates up for election to the House of Representatives! We will be joined by the following:

IA-01 - Candidate Christina Bohannan: Christina Bohannan is a mom, law professor, state representative, and former engineer. She is running for Congress because she believes we need less bickering in Washington, and more working together — for a government that works for the people. 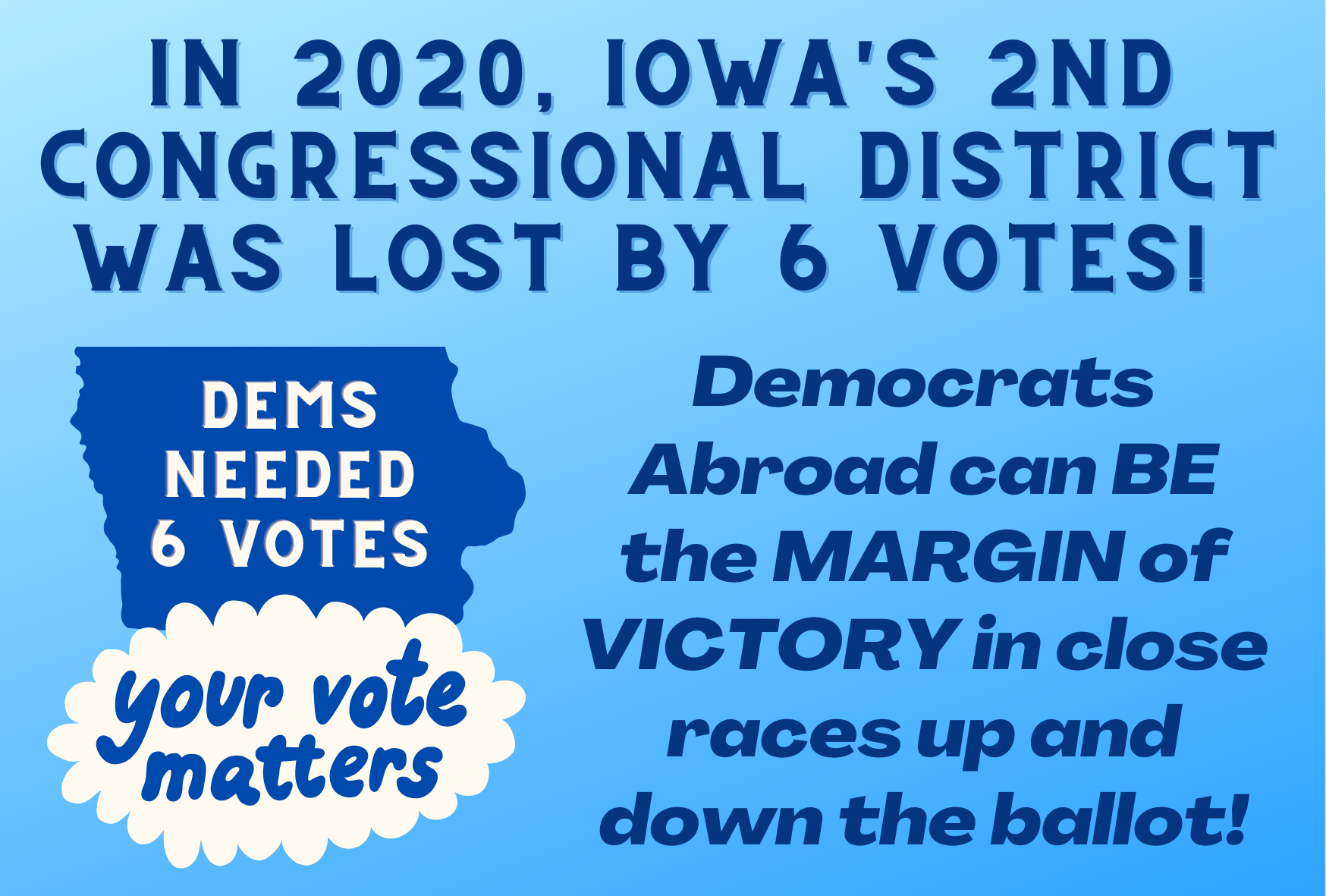 IA-02 - Candidate Senator Liz Mathis: As a State Senator, Liz worked across the aisle to get things done. In Congress, Liz will work hard to bring down costs for Iowans, preserve Social Security and Medicare and ensure access to affordable healthcare.

IA0-4 - Candidate Ryan Melton: Having honed his problem solving and leadership skills leading successful teams at a Fortune 100 company, Ryan is ready to leverage his knowledge and skill to fight for the people of Iowa’s 4th district. He knows there are many obstacles that make it hard for our families and communities to thrive, but they are fixable. We just need to elect more leaders that care enough to fix them.