Democrats Abroad invites you to hear from Nina Turner, a candidate in the special election in Ohio's 11th Congressional District, as part of our Meet the OH-11 Candidate Series. Voter assistance will also be offered to OH-11 voters abroad following the main event. 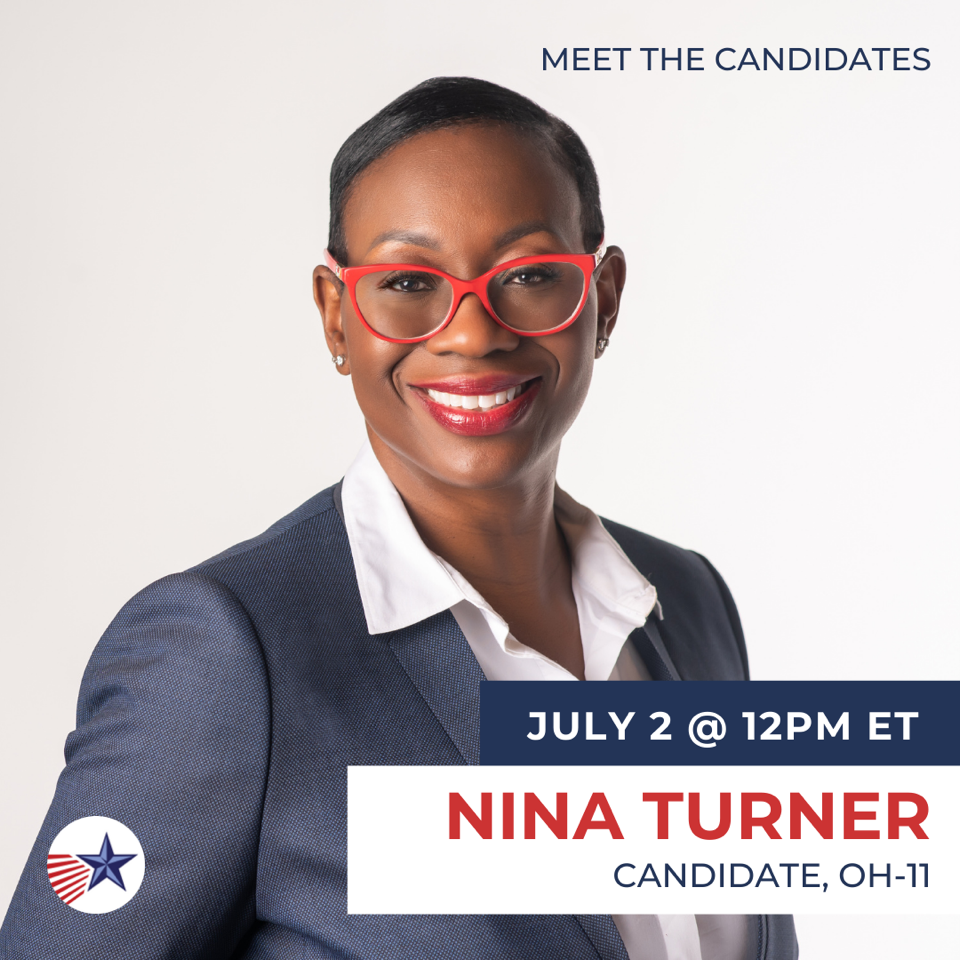 Nina Turner grew up the oldest of seven children to working-class parents in Northeast Ohio. She took her first job at age 14 to help support her siblings and keep the family afloat. After working her way through community college and graduate school, she started a career dedicated to keeping Ohio’s poor, working poor, and barely middle-class families afloat too.

Turner made history in 2005 as the first woman to represent ward one on the Cleveland City Council, and again in 2008 as the first Black woman to serve as state senator in Ohio’s 25th District. In the legislature, Turner repeatedly defended against attacks on women’s health care freedom, partnered with organized labor to protect collective bargaining rights, and led the effort to create Ohio’s first task force on police and community relations to end racial profiling and police brutality.

In 2020, as national co-chair of Bernie Sanders’ presidential campaign, Nina built support nationwide for progressive policies like a Green New Deal, $15 minimum wage, and health care as a human right in the form of Medicare for All.

Want to ask Nina a question? Fill out this Google form by 12:00 p.m. EST/6:00 p.m. CEST on Thursday, July 1. We won’t have time to address everyone’s questions, but we want to give DA members around the world, especially those who are OH-11 voters, a chance to have their voices heard.

About the Meet the OH-11 Candidate Series

All Democratic candidates running in the OH-11 special election are invited to speak with Democrats Abroad members (join here). Events will be posted as candidates confirm dates. We aim to create a dialogue between voters and candidates that raises awareness about issues unique to U.S. citizens living abroad. Democrats Abroad has not endorsed any candidate(s) and is committed to remaining neutral for the duration of the primary.

The primary election is scheduled for August 3, 2021, and the general election for November 2, 2021. You can read more about the special election here.