It is Meet the Team Monday!  Today, we continue our blog series with a focus on our National Caucus leadership - starting with the Co-Chair of our Diversity Caucus, Reed Kennedy. 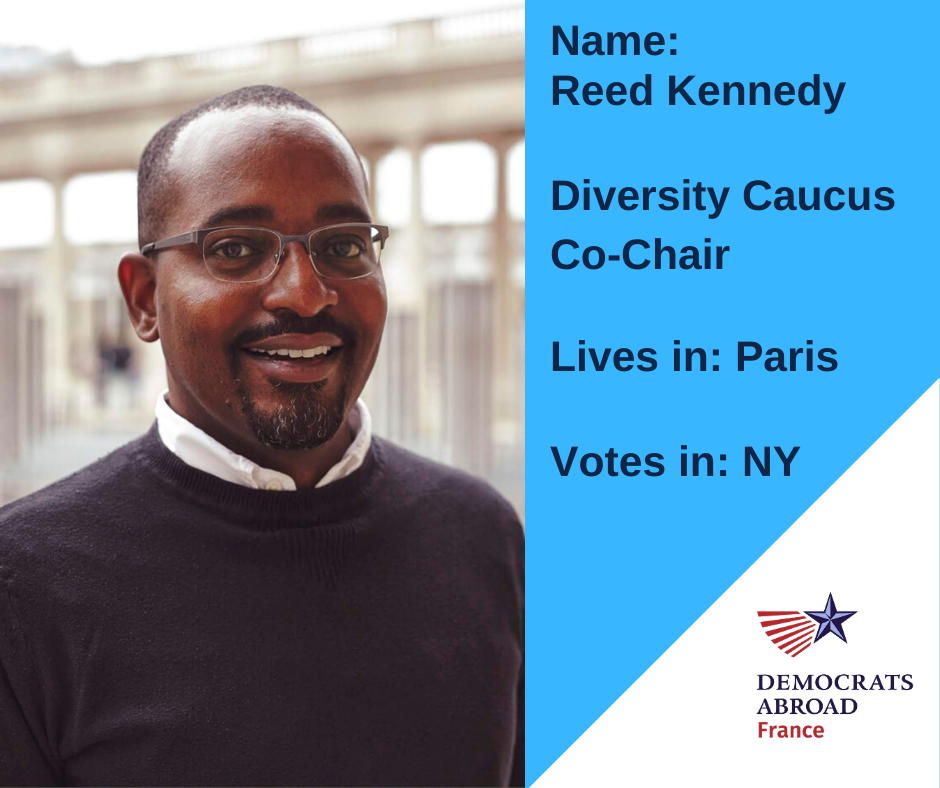 Reed Kennedy is the Chair of the Democrats Abroad France - Paris chapter and Co-Chair of the Diversity Caucus.

Reed initially became involved with DA in 2016 after attending events to meet other Americans in Paris. In 2017, he was elected as a Member-At-Large to the DAF ExCom and was tasked with revitalizing the Diversity Caucus. In 2018, Reed was elected as Chair of the Paris chapter.

Now, as a co-chair of the Diversity Caucus, Reed is dedicated to maintaining a forum that brings together people interested in issues concerning people of color.

“Our mission is to support, educate and enlighten our community with social, political and cultural events,” explained Reed. “We hope to engage, empower and motivate our members and the larger community of Americans in France to exercise their right to vote from abroad.”

Over the course of his involvement in DAF and the  Diversity Caucus, some of the memorable events that Reed has helped coordinate were the Dr. Martin Luther King Commemoration at the American Church in Paris, the private tour of the “Modèle Noir” exhibition at the Musée d’Orsay, and DAF’s Juneteenth celebration.

When he busy with all things DAF, Reed works as a Senior Product Manager at Coffreo.

Now, on to some fun facts about Reed:

And, when asked what he would do if he were President of the United States for a day, he responded: “I would implement a program to free all prisoners arrested for non-violent drug offenses which provides re-entry services such as job training, mentors, etc.”

To learn more about and to get involved with the Diversity Caucus, please contact Reed at [email protected].