It is Meet the Team Monday!  Today, we continue our blog series with a focus on our National Caucus leadership - with the Co-Chair of our LGBTQ+ Caucus, Fred Hoffman. 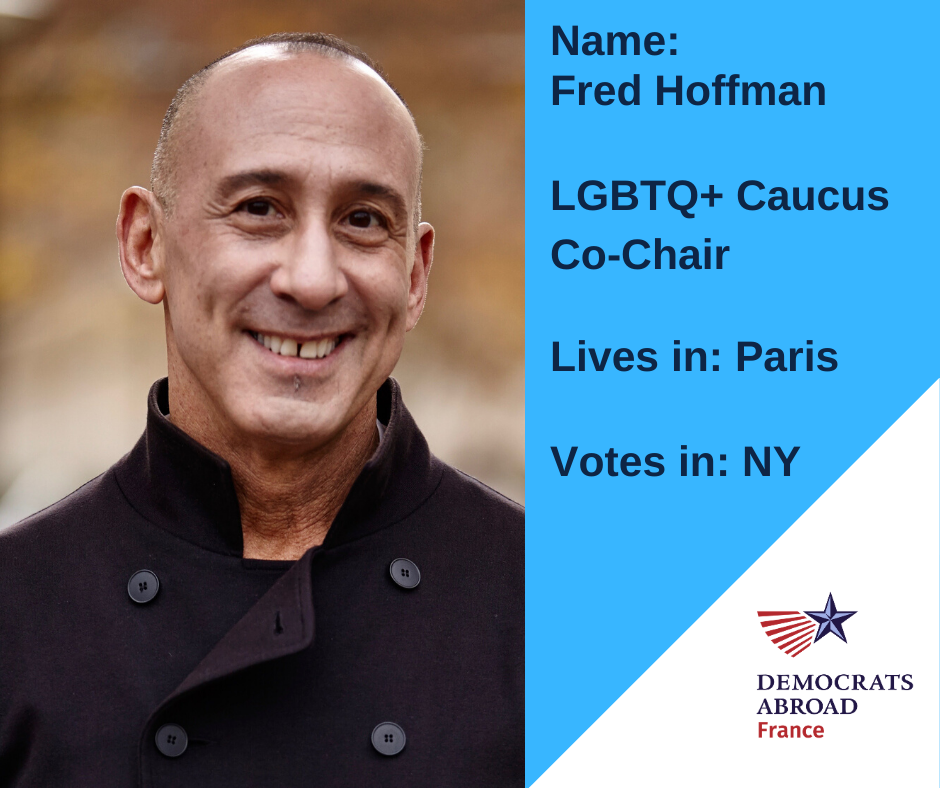 Having lived in Paris for many years and a concerned American Abroad, Fred first became involved with Democrats Abroad France during Hillary Clinton's first presidential campaign.

In 2019, Fred joined the LGBTQ+ Caucus with the intention of expanding membership and organizing events and fundraisers with this community, both for political reasons and social interaction. His primary goals for the caucus are to bring members of the LGBTQ+ community together to discuss issues that concern LGBTQ+ Americans everywhere, and to help reach American ex-pats in France and help them to get registered to vote and then to get out the vote.

Fred’s favorite moment to date was meeting Nancy Pelosi earlier this year in Normandy during the celebration of the 75th Anniversary of the Landing in Normandy!

Fred is a consultant and speaker in the Fitness and Wellness industries.

Now, on to some fun facts about Fred:

And, when asked what he would do if he were President of the United States for a day, he responded: “Invite Barack and Michelle Obama and Hillary Clinton to the White House for a dinner together!”

To learn more about the LGBTQ+ Caucus, you can contact Fred at [email protected].