It is Meet the Team Monday!  Today, we continue our blog series with an interview with our National Volunteer Coordinator - Gretchen Pascalis. 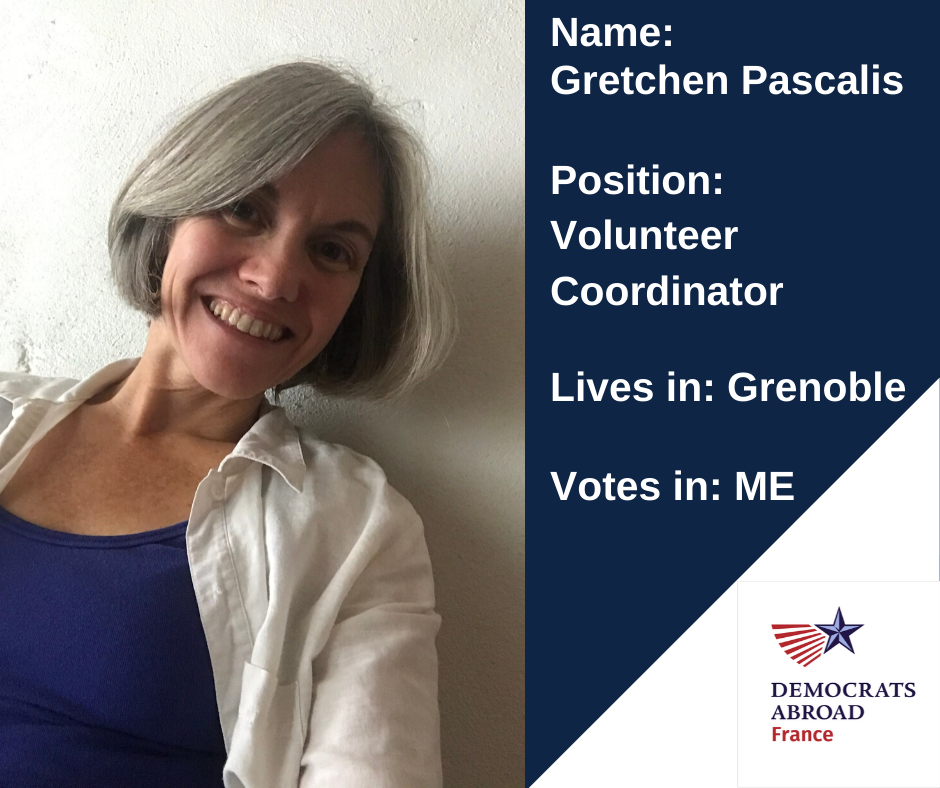 She initially became involved in 2011 when DAF “descended upon Grenoble in the hopes of creating a chapter,” and founded the Rhone-Alps chapter. In the wake of Trump’s election, Gretchen traveled to Lyon and helped found the Lyon chapter. “I thought a few people might show up. Instead, about twenty-five angry, sad, motivated people came to create a chapter, and it's been a privilege to work with several of them since then.”

When she’s not organizing volunteer efforts for DAF, Gretchen is a university lecturer at the Université Savoie Mont Blanc. She votes in Maine.

Now, onto some fun facts about Gretchen:

If you would like to find out more about the volunteer opportunities with Democrats Abroad France, please get in touch with Gretchen at volunteer@democratsabroad.fr.  There are lots of different ways that you can contribute to our efforts to WIN BIG and WIN BLUE in 2020!