It is Meet the Team Monday!  Today, we continue our blog series with an interview with our National Counsel - Julia Grégoire. 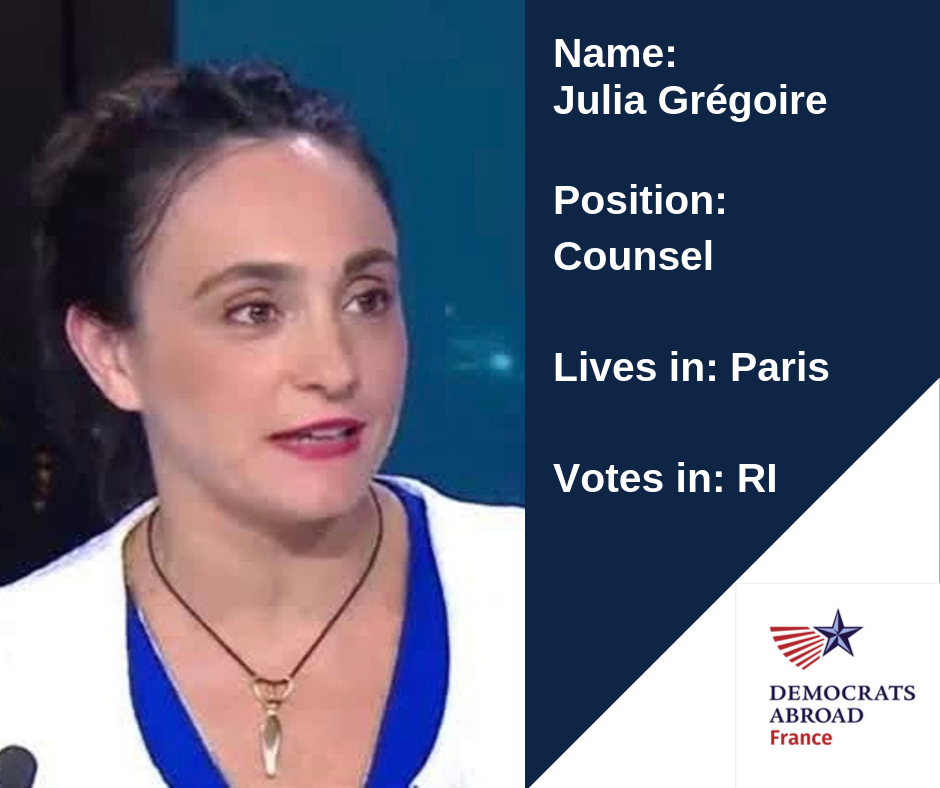 Julia Grégoire is the National Legal Counsel for Democrats Abroad France (DAF), and she works to ensure DAF’s compliance with the relevant laws and regulations on both sides of the Atlantic.

Born in France and raised in America, Julia is an active lawyer in both countries and a member of the Paris, New York, Massachusetts, and Rhode Island bars. Her current practice specializes in the intersection of French and American legal issues for businesses and individuals.

Prior to working in Paris, Julia worked in New York as a human rights lawyer, where she helped develop public defenders’ offices in Haiti and Bolivia and assisted with advocacy efforts for disenfranchised Haitian-Dominicans in the Dominican Republic.

Julia initially became involved with DAF in 2016 when she spotted DA volunteers at their usual spot outside of Shakespeare & Co. registering voters. After attending several events, she joined as member and then decided to run for Counsel.

Now, on to some fun facts about Julia:

And if she were President of the United States for a day, she responded:

“I would have people take part in an exchange program where they would switch places or spend one day with someone from a totally different background from themselves - someone of a different race, different sexual orientation, different socioeconomic background, different religion, and even better, a different political background! Seeing and understanding each other's differences will bring us closer.  “