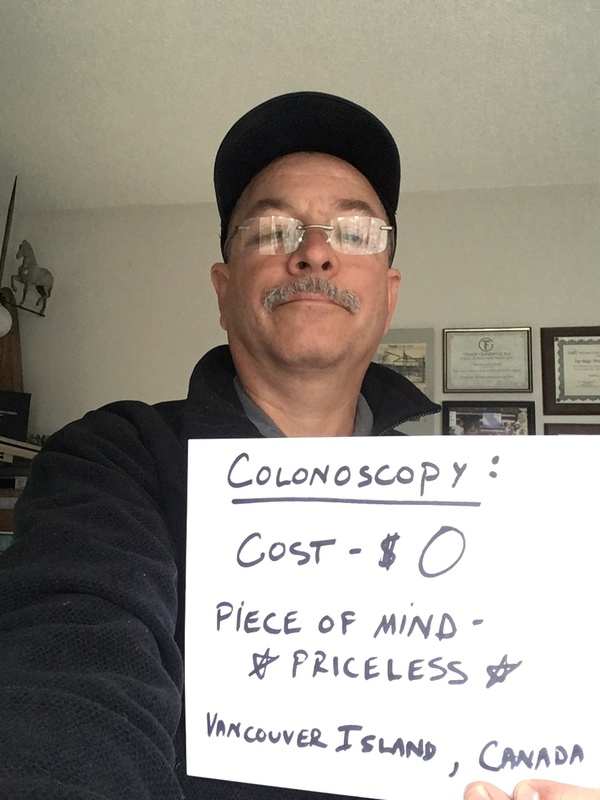 During a routine physical my GP turned up some concerns which prompted him to send me for lab work. This in turn turned up some blood in my stool, which resulted in an order for a colonoscopy. The procedure was preceded by an info session held at the local hospital, where the procedure was to be done. When the day came, everything went off like clock work. They removed a polyp which was sent for testing. About a week later I got the "all clear", much to my relief. The cost for all of this: GP visit, lab work, seminar, procedure: $0. Shortly after I spoke with a friend who lives in the U.S. and asked him if he'd had a colonoscopy yet, as everyone here in Canada of a certain age gets one. He said he hasn't because he can't afford it. That gave me pause to think about freedom. True freedom is freedom from worry- for your health, for your loved one's health, for your financial security. There is no such thing as medical bankruptcy here. As they say: "mic drop"