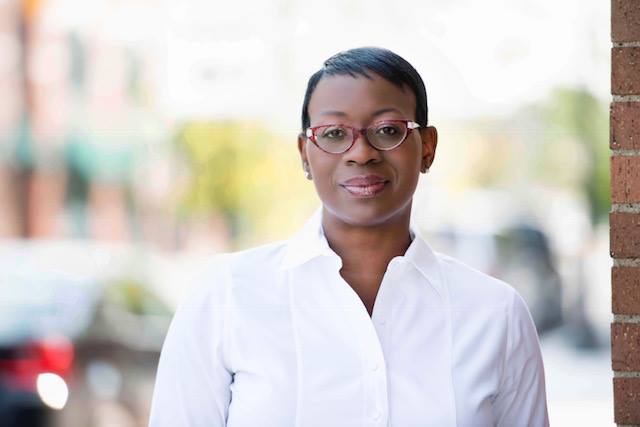 As a self-professed humanitarian, Senator Turner shared her message that as a nation, we need to be “soft on people, and hard on the issues,” by calling out hatred and bigotry without alienating those with different opinions on the issues. “We must embrace what everybody brings to the table — gender identity, racial identity, sexual orientation...we all have stories, and they all matter,” she said.

Democrats Abroad members were encouraged to recognize historic racial disparities in the United States, and to tackle the systemic racism that continues today. While there are a number of avenues through which to address this, Turner highlighted inclusive conversations and actions as being key. “When we talk about racism and class together, people respond.”

Turner also relayed her support for committees of “Truth and Reconciliation,” following in the footsteps of post-apartheid South Africa, to help acknowledge and “the contributions of Africans” and recognize that the United States is built “on the backs, blood, sweat, and tears” of Africans and African Americans.

Looking forward, Senator Turner touched on how addressing broader issues — such as universal healthcare, climate change, and immigration reform — can have a significant impact, especially on communities of color. As such, Our Revolution is putting forward policy recommendations to support these policies.

Notably, Turner highlighted the importance of a progressive platform at all levels of government, not just national politics. The former Ohio state senator encouraged Democrats Abroad members to recognize “champions at all levels,” from school board members to town councils and mayors. Similarly, she stressed the importance of both gender and ethnic diversity in law enforcement, from local sheriffs through to national agencies.

Check out the full video of our conversation with Nina Turner here.