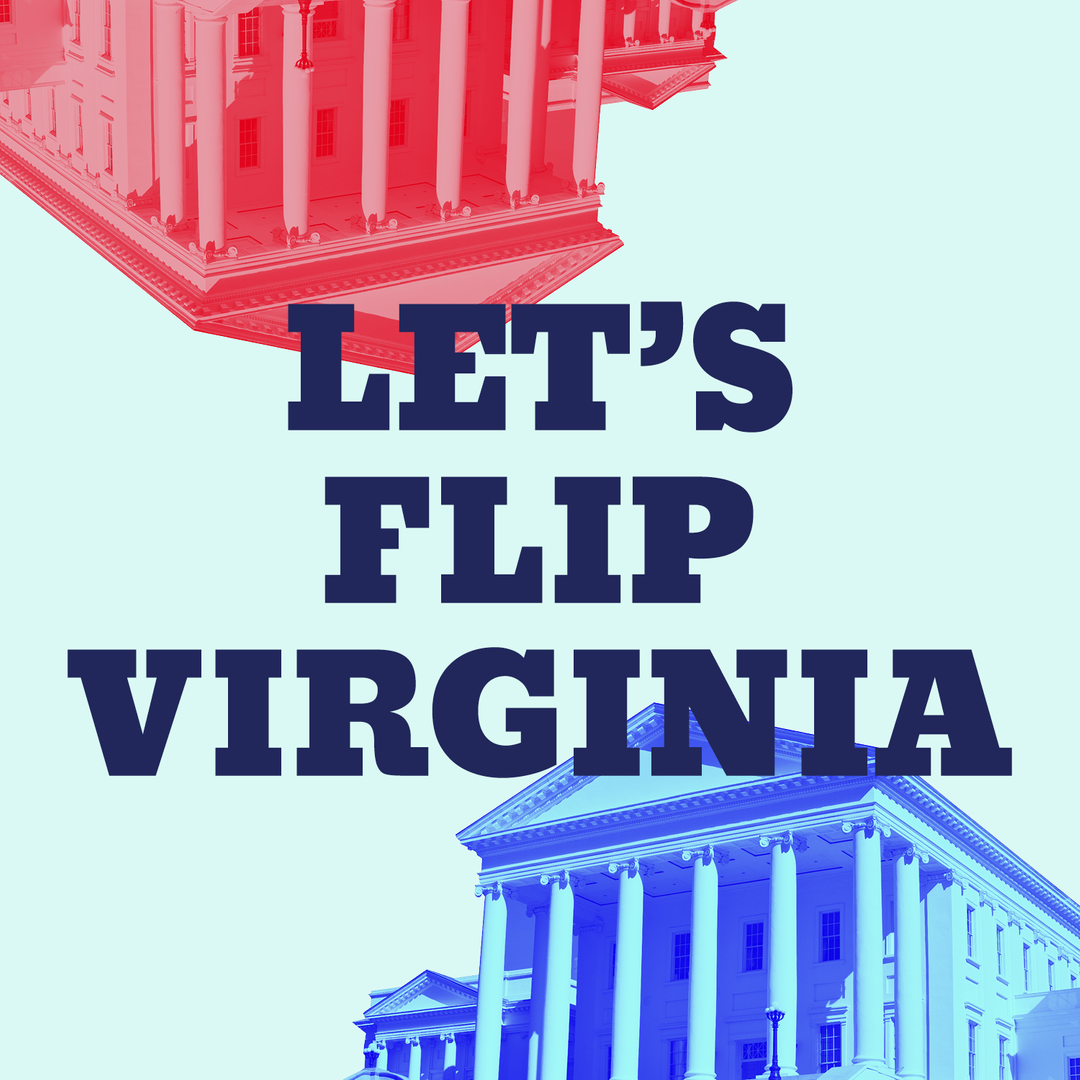 You may be wondering why we have Virginia on our mind. Well, 2019 is a pivotal year for Virginia state politics, as the results of their state elections could have a big impact on our national politics:

➡️ “The most critical battlefields for Democrats in 2019 and 2020 lie not in a handful of statewide races but at the ground level in the state legislatures, where control of one or both chambers will determine the shape of future congressional districts.” DemsList

➡️ In Virginia, Republicans hold a slim majority in the State Senate (21-19) and the State House (51-49).  This means that Democrats need to flip just two seats in each chamber to take control of the legislature.

Not so fun fact: Democrats lost control of the VA House of Delegates in the 2018 election by a single vote-- the deciding seat was tied and Republicans won it on a COIN TOSS! If the Democrats had one more voter in that final district the delegate would have gone blue and we'd have had a legislative majority today.

What’s more: this year there are regularly scheduled elections in Virginia where the entire legislature is up for election:

Primaries are on June 12th.  So, if you are a Virginia voter, don’t wait! Your registration must be received by May 20th to vote in the primaries!  (Click here for Vote From Abroad deadlines and registration information.)

So what’s at stake?

2021 US Population Census and Redistricting- The population census will be taken in 2020, and from that the 2021 redistricting, or redrawing, of the electoral district map in each state will take place. The majority of redistricting plans will be drawn by state legislatures, with many subject to final approval by the state's Governor.  (Pssst…VA’s governor is a Democrat!)

Equal Rights Amendment (i.e., ERA)- Most Americans assume that women have equal rights under the U.S. Constitution. Unfortunately, that is not true.  ERA ratification would change that.  Only one more state needs to pass the ERA Resolution to have the 38 states needed for ratification.  Since 2011, the Virginia Senate has passed the ERA resolution 6 times, but the Virginia House has killed it in subcommittee.  It will be introduced again in 2020.

Do you vote in Virginia?*

Remember, the entire Virginia House and Senate are up for election this fall.  The DLCC (Democratic Legislative Campaign Committee) has a spotlight on the state elections in Virginia.  You can find out more about those candidates here.

Go to our Vote From Abroad website to register and request your absentee ballot!

Note: When you fill in your ballot request form, be aware that selecting “I intend to return” rather than “my return is uncertain” may contribute towards establishing yourself as a tax resident in your voting state. Because the legal requirements to establish "residence" or "domicile" for tax purposes are determined by state law and the specific facts of your life, before you note that you intend to return on your form you may consider seeking advice on these matters from your tax professional.