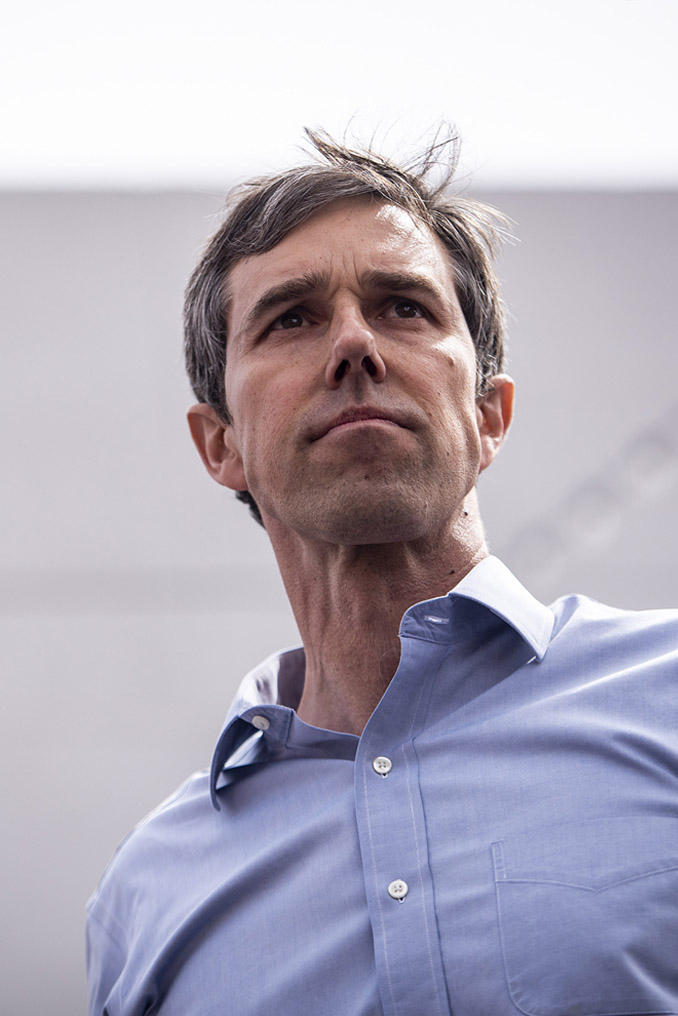 Campaign Statement: Beto O’Rourke is running for president to bring about a future for all Americans that's better and greater than any chapter of our past -- where every single person stands up to be counted and where every person’s voice is heard. He’s running a campaign committed to reaching voters traditionally ignored or overlooked by politics. It’s why -- after his hometown of El Paso faced the deadliest attack on the Latinx community in recent American history -- Beto is boldly calling out Donald Trump’s racist rhetoric that has inspired acts of violence against communities of color, members of the LGBTQ+ community and people of different faiths. And it’s why Beto is fighting for a future where nobody needs to work more than one job, where everyone has access to high-quality health care, and where we draw our strength from our differences.

Beto is a fourth-generation Texan, born and raised in El Paso. After graduating from Columbia University with a degree in English Literature, Beto returned home and started a small technology business that would grow to bring dozens of high-wage, high-skill jobs to the border community. In 2005, he was elected to the El Paso City Council in 2005, becoming one of the youngest members to ever serve. He personally knocked on thousands of doors and held public forums with voters in both Spanish and English. For six years, Beto represented one of the world’s largest binational communities in Washington, D.C., serving on the House Veterans Affairs Committee, the House Armed Services Committee, and the House Committee on Homeland Security.

In March of 2017, Beto launched a historic 19-month campaign to represent all 28 million Texans in the U.S. Senate. Running the largest grassroots campaign the state had ever seen, he rejected all money from political action committees, personally visited each one of the 254 counties of Texas and ultimately received more votes than any Democrat in Texas history. Beto increased the vote of traditional Democratic constituencies and stormed the suburbs, winning independent and even nearly 500,000 Republican votes.

Beto asks for the support of all Democrats living overseas. You have views on many issues that are similar to those living in the states, but he also understands that you face unique issues in taxation, citizenship, voting rights and immigration for family members that deserve specific attention in the 2020 presidential campaign. Beto will work with Democrats Abroad and your members worldwide to address these issues. As Americans living abroad you have special access to perspectives from around the world and he wants to hear your views on the issues facing our country. Thank you for considering Beto for President!