Statement on the passing of Norman Y. Mineta

The Global AAPI Caucus joins in mourning the Honorable Norman Y. Mineta who passed away earlier this month. 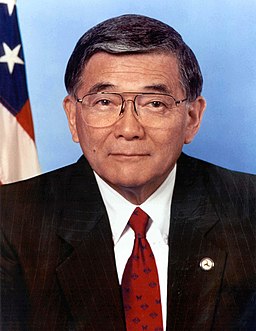 Born in San Jose, California to Japanese immigrant parents who were barred from becoming American citizens due to the Asian Exclusion Act, Mr. Mineta was incarcerated as a child along with his parents during World War II at Heart Mountain Relocation Center. Nearly forty years after his incarceration, as Congressman from San Jose and the first chair of the Congressional Asian Pacific American Caucus, he co-sponsored the Civil Liberties Act of 1988, which saw apologies and redress for the survivors and heirs of the 120,000 people of Japanese heritage who were incarcerated along with him.

He was the first Asian American to become mayor of a major city (San Jose) and was the first Asian American to serve in the Cabinet. A life-long Democrat, Mr. Mineta served for 21 years in the House of Representatives as Congressman from San Jose. He was known for his bipartisan leadership, having served as Secretary of Commerce under President Clinton and as Secretary of Transportation under President George W. Bush, the only Democrat to serve in the Republican Cabinet. He is recognized for advancing transportation improvements, trade and economic development and his work in civil and human rights. Furthermore, he was part of the task force overseeing the immediate response to the 9/11 crisis, cited for his “steady hands'' and skill. In the aftermath of the immediate crisis he oversaw the creation of the Transportation Security Administration (TSA) and sought to ensure that Middle Eastern or Muslim people were not subjected to racial profiling, something that President Bush agreed to, but was not always followed.

The recipient of many awards for his advocacy and achievements, Norman Mineta was a life-long advocate for the AAPI community and for civil rights for all Americans.