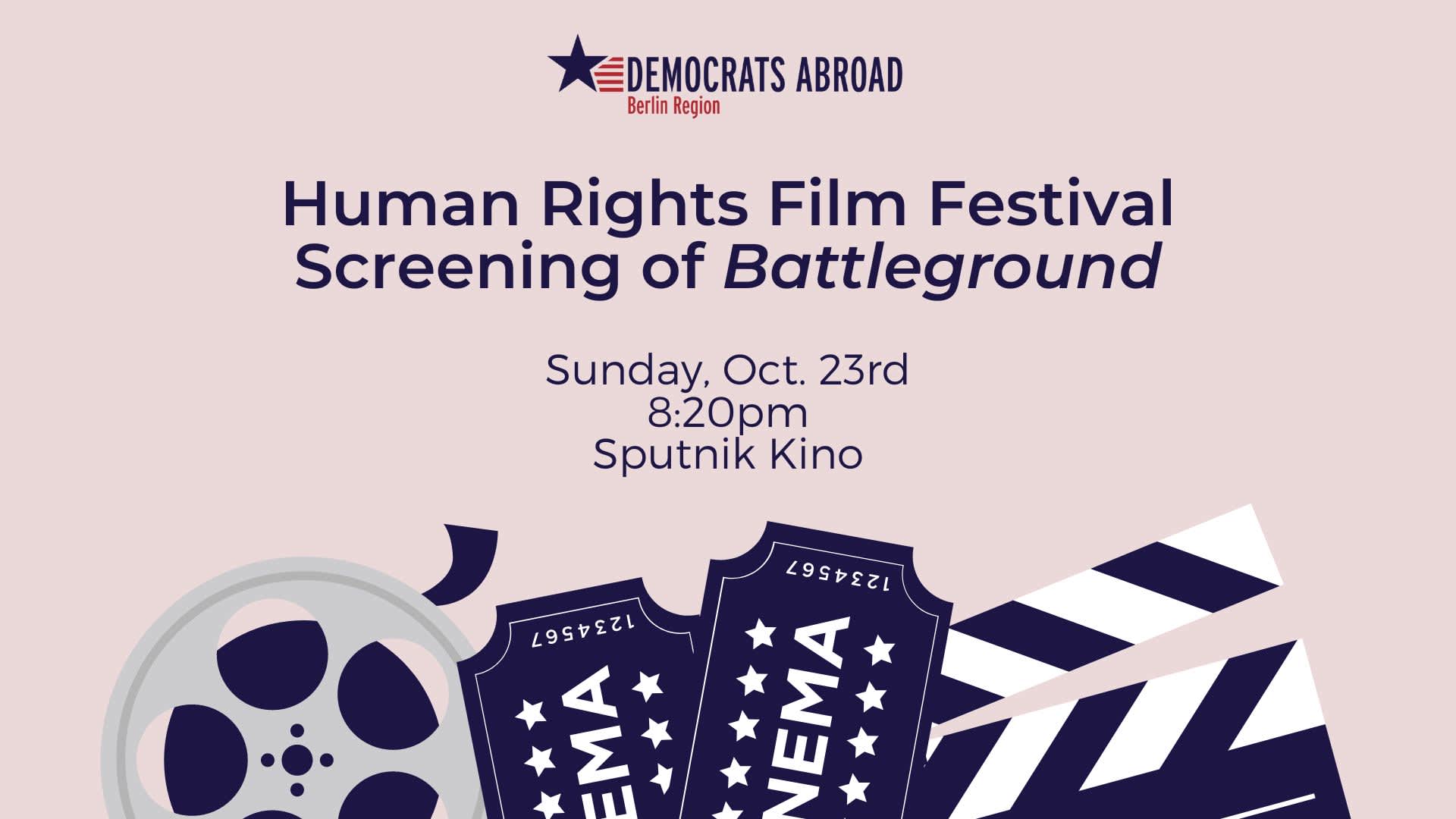 Sunday October 23rd @ 8:30pm: Human Rights Film Festival screening of Battleground. Join fellow Democrats abroad as we attend the second screening of Battleground being shown at Berlin's Human Rights Film Festival. A DA Portugal member, Nancy Novack, was involved in making the documentary.
Battleground is an urgently timely window into the intersection of abortion and politics in America, following three women who lead formidable anti-abortion organizations to witness the influence they wield. As the nation faces the end of Roe, the film also depicts those on the front lines of the fierce fight to maintain access.
Note there are two screenings in Berlin; we will be attending on the 23rd at Sputnik Kino am Südstern. Please purchase your ticket in advance here and meet us outside at 8:20pm. Those who are interested can grab a nearby drink with us afterwards!
WHEN
October 23, 2022 at 8:20pm - 10:20pm Berlin Time
WHERE
Sputnik Kino
Hasenheide 54/5th
Berlin 10967
Germany
Google map and directions
CONTACT
Tsesa Monaghan ·
1 RSVP