Vigils for Parkland’s 17 and the Virtual March in Greece 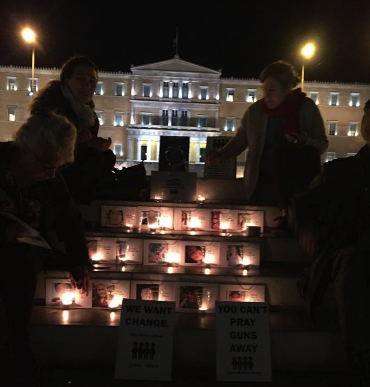 In Athens, a Candlelight Vigil held on the steps of Constitution Square, for the 17 victims of the Parkland Florida school shooting, echoed the school walkouts that occurred across the US on March 14th.

Democrats Abroad Greece (DAGR) honored the students and teachers killed on February 14th in Parkland, Florida, victims of another mass school shooting. DAGR joined the groundswell across the globe to push US legislators to better regulate the sale and licensing of guns in the USA. As 17 candles were lit, the names of those gunned down on February 14th, were recited and DAGR members and onlookers huddled around the vigil.

DAGR Chairperson Karen Lee stated: "We're turned our attention from grief to honoring the dead, demanding effective political action to achieve common-sense gun regulation in the US." She added "This is an American problem that will require action by US politicians, but we welcomed any of our friends here who wanted to show their support for our effort."

On March 24th, DAGR staged a Virtual March on their FaceBook and Twitter accounts with the hashtag #MarchForOurLives and #MarchForOurLivesGreece asking members and friends to post their selfies with signs they would carry in an actual March. A few members met at DAGR HQ, while another small gathering took place at L’Ovelha Negra in Moschato suburb, with performance by local musicians.

Although DAGR enthusiastically supported a ‘live’ March For Our Lives, organizers opted for virtual. The march had been set globally for the day before Greek Independence Day, THE MAJOR NATIONAL holiday with patriotic marches and security issues in Athens and Thessaloniki, both on March 24th and March 25th. 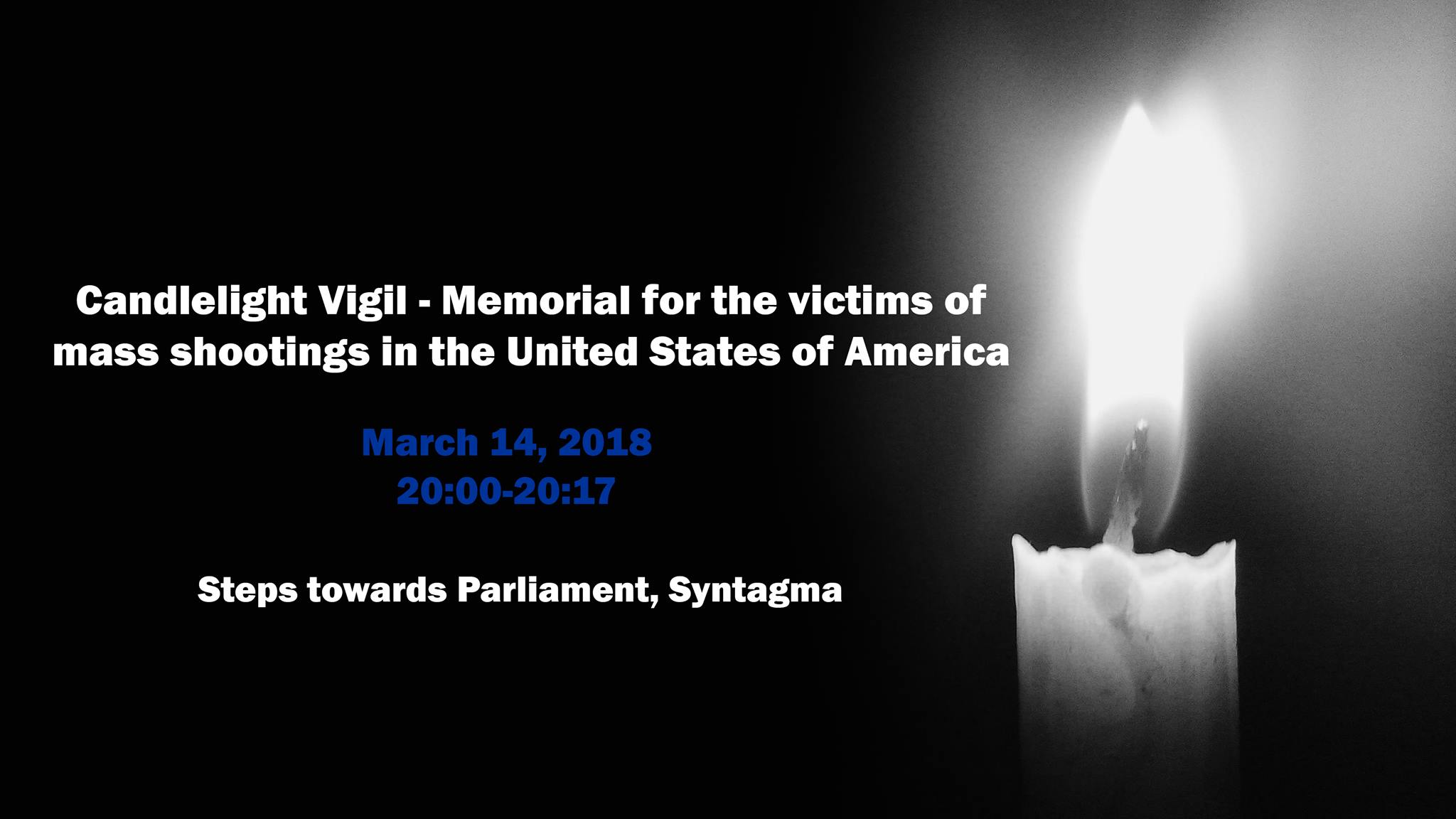 For the virtual march, participants posted selfies with signs demanding better gun regulation from US lawmakers. Members were also encouraged to register from abroad and request their absentee ballots for the upcoming midterms and to contact their members of congress with their views on gun control.