Wendy Davis is More Determined than Ever

Who is Wendy Davis?

You (hopefully) got to know Wendy Davis back in 2013 when her “remarkable” filibuster in the Texas legislature went viral. Standing in her beloved pink sneakers for 13 hours, Davis stood up to block the passage of a bill that would have closed most of the clinics in Texas that provided abortions. That may have been her most famous fight, but Davis has been fighting for women, for healthcare, for communities, and for Texans her whole life. She had her first child while she was still in high school, and then went on to college and then to Harvard Law School. She survived a brutal opposition campaign that tried to keep her out of the Texas state Senate, and eventually ran for governor of Texas.  Now she is running to flip the Texas 21st district from red to blue, a seat formerly held for decades by a climate-denying Republican, and now held by a corporate-PAC-funded Trump supporter. 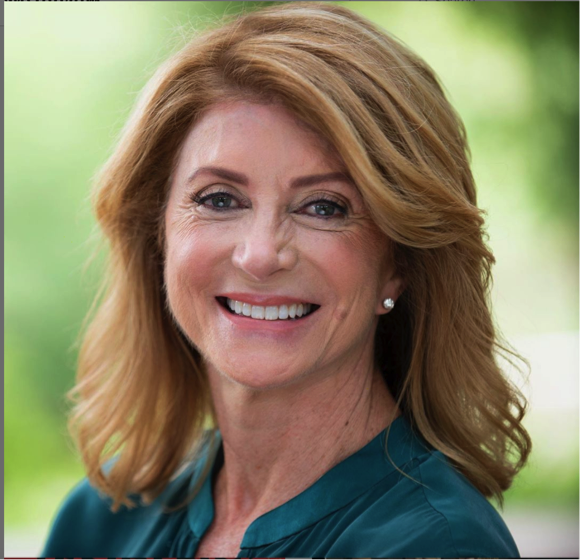 When Democrats Abroad interviewed Davis for this article, she was wearing a pink blazer that was the same color as her filibuster sneakers, and told us that Congress needed more and more vocal “gender equity champions” - something she is ready and willing to be. Read on to learn why it’s so important to elect Wendy Davis, and how you can help.

What is She Fighting For?

In Davis’s own words, she is running “to be a voice for those who are forgotten and, worse, ignored.” Her campaign is for hardworking people who can’t get ahead because of the structural barriers in healthcare, education, and housing.

In light of the Black Lives Matter movement that has finally achieved international attention and support, Democrats Abroad asked Davis to describe some of the policies she supports to address systemic racism. Her thoughtful response came from decades of working within Texas communities, and a deep understanding of how people of color face inequality in every aspect of their lives. She says right now is a moment “simultaneously calling us out and calling us in, to create the systemic reforms that are needed, and we can’t overuse that word, systemic.” She advocates policies ranging from universal government funded Pre-K to drug decriminalization, and wants to “equitize opportunities so that people don’t find themselves facing a criminal justice system” that results in punishment rather than rehabilitation.

Davis pivots from systemic racism in the criminal justice system to healthcare inequity, noting that the two are intertwined. She explains that Texas has the highest percentage of uninsured women and children in the country. This inequality in healthcare, Davis points out, has “disproportionate impacts on, particularly, people of color...and particularly Black women.” She cites from memory that the maternal mortality rate in Texas is three times worse for Black women. Davis believes in “a health system that gives everyone what they need to do their best” which is part of “creating a system of support for people in our communities” that is necessary for addressing systemic inequality.

Unsurprisingly, Davis takes an intersectional approach to the climate crisis, which is, she makes sure to point out, a “top three-plank” in her platform. It’s personal for her, as she has two granddaughters, and “this feels like the very most important thing I can be working on, ensuring that they are going to have a sustainable future.”

But this isn’t just about Davis’ grandchildren; she looks back to her time on the Fort Worth City Council, when she represented an African-American community with the highest incidence of childhood asthma in the country. The poor air quality in the district came from being downwind of cement and fracking operations - another instance of the environmental racism endemic to the country. This was just as personal to her; Davis felt “...that [it] was our child living in that community...that these children belong to all of us. And it's our responsibility to make sure that we are keeping them safe and giving them an opportunity to thrive.” Recognizing the disproportionate impacts of the oil and gas industry in Texas, Davis believes that they have to be looking to what comes next. She champions investments to bring Texas into the sustainable future she envisions, seeing economic opportunity in clean energy jobs and infrastructure. She is especially encouraged by opportunities unique to Texas, like hydrogen production.

Democrats Abroad also asked Davis about the structural barriers to voting that impact citizens in Texas, and citizens living abroad. She’s ready for the question, saying “I’ve been fighting this battle since the moment I landed in the Texas Senate.”  She explains that she’s been researching the “assault on the voting community itself,” and returns again to her favorite word, systemic, to describe the “vicious voter suppression” and “clear violations of civil rights” that have plagued elections in the United States.  She listed a number of policies she supports that would make voting easier - universal vote by mail, automatically sending ballots to registered voters rather than making voters request them, and repealing onerous “targeted and discriminatory” voter ID laws. She’s committed to “fighting to make it easier for everyone to vote...and pushing proactively for the kind of reform at the national level that will allow vote by mail for every person...and making it easy to be able to turn that in and have it counted.”

The Backdrop to the Election for House Seat TX District 21

Ballotpedia rates the TX-21 election as one of the 2020 “battlegrounds.” Davis is slightly ahead of her opponent in fundraising in 2020, and political media in Texas anticipates that Davis’s progressive stances will help her in particular against the Republican who holds the seat.  The opposition candidate voted against the Covid-19 recovery bill and has been pushing for “reopening” even though cases in Texas are still increasing. Recently, a Koch-backed super-PAC decided to make the Texas-21 election one of their top priorities, pouring money into defeating Davis. Davis remains confident, and determined, raising money “person by person.” She has collected endorsements from Brady PAC, End Citizens United, NARAL, and the League of Conservation Voters, as well as numerous state and local groups in Texas. 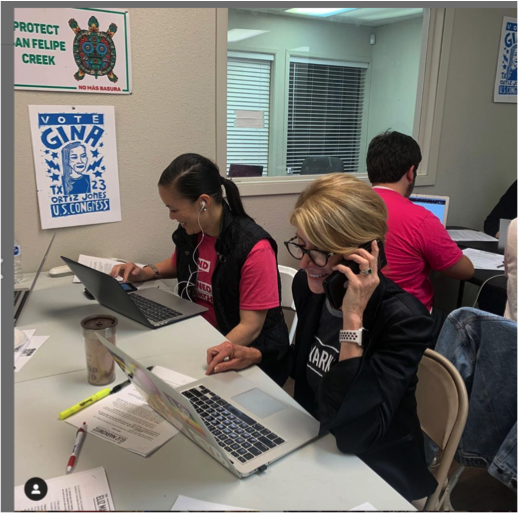 How Can We Support Wendy?

First, “let people know I am running!” she says. In such a crowded news cycle, it’s hard for any candidate to get attention, so sharing Wendy’s candidacy and policies (her website and social media are all linked below) is crucial. Wendy also invites everyone to visit her brand new “virtual office” online. Set up to keep staff, volunteers, and voters safe during the Covid-19 pandemic, it’s a space where you can roll up your sleeves and get involved, and “they always need volunteers!” The Davis campaign is counting on “personal contact” and “personal stories” to motivate people to vote for Wendy, and Democrats Abroad members can do that from wherever you are.

Stay tuned to the Democrats Abroad Women’s Caucus Candidate Info Team, and their Women to Win campaign for more info!