Every year domestic violence offenders in the US commit more than a million acts of domestic violence. Pair the prevalence of domestic violence with the ease of acquiring a firearm in America and you end up with an average of 52 women shot and killed by an intimate partner every single month--52 women shot and killed monthly. In fact, if a gun is present in the home, the woman is six times more likely to die.  Women are more likely to be murdered with a gun by an intimate partner than every other means combined. A note before we continue: women are not the only ones who face domestic violence; however, the vast majority of victims are women.

These were the statistics before COVID-19 brought our lives to a grinding halt. Shelter in place orders brought isolation from friends, family, and support services, reduced access to shelters and counseling, limited access to emergency room care and medical assistance and increased financial stress. All over the world, emergency and women’s services saw an increase in reported domestic abuse and calls for help. Shelter in place, combined with easy access to firearms, is a deadly combination that we do not yet have the data to fully understand, and we likely will never know the full impact.

This is not a reality that American women have to live in. There are a number of steps that could be taken immediately that would reduce women’s risk of murder at the hands of an intimate partner:

Of course, domestic violence is often linked to other forms of violence and to mass shootings. The loopholes and weak laws discussed above would decrease gun violence in America period--not just against women. As we look toward the fall, a likely second wave of COVID-19 and an America already marred by gun violence, we must act now. The bills noted above, HR8, VAWA, and HR376 are a start to making American women safer and should be passed immediately. 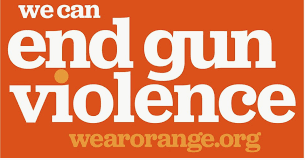