Rights of Nature and Criminalizing Ecocide 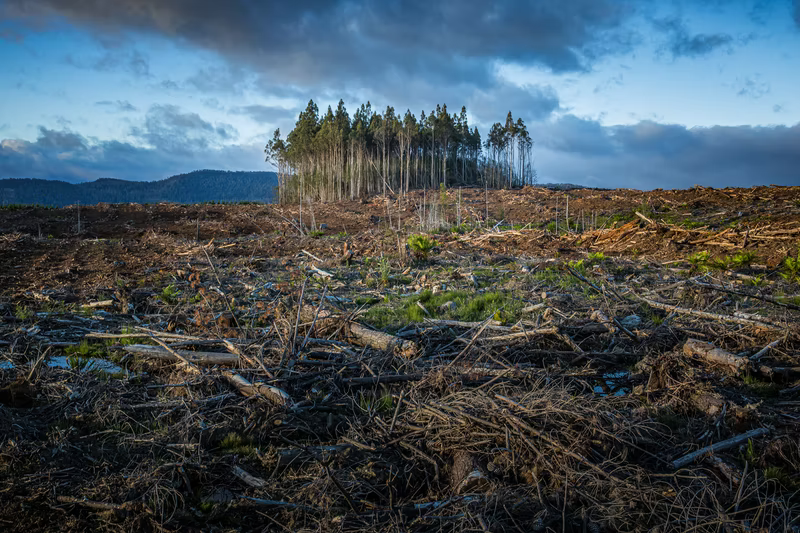 Winning (and even just filing) legal actions against those responsible for pollution or destruction of nature has been challenging.  Why? In great part because of the imbalance of power (financial and political) between the state or private entities whose activities cause the pollution or destruction of nature (often extractive industries, such as mining, or conglomerates who destroy forests to create larger agriculture areas), and those who most directly suffer the consequences: these are often rural, indigenous or poor populations of which a majority are women. It is often also difficult for such underrepresented populations to compellingly demonstrate the direct damages inflicted on them from the extractive actions or destruction of forests and other natural habitats.  But there may be hope to be found in the burgeoning rights of Nature movement that aims to protect the rights of Nature itself, regardless of any harm to humans. And indeed, why shouldn’t Nature also have rights?

There appear to be two diametrically opposed philosophical and ethical beliefs on the relationship of Nature to humans. The first belief is that Nature’s purpose is to serve humans: this reflects a culture of control of and violence against Nature. This perspective justifies the extraction of natural resources regardless of the impact on Nature and the destruction of natural habitats. It also serves to exacerbate the imbalance between (a) underdeveloped countries and regions which are rich in natural resources and (b) the natural-resources “poorer” countries possess that are exported after extraction. The second (opposite) belief is that humans do not own or control the planet and the land, but are simply part of it, and that, therefore, Nature should be preserved, protected and nurtured – the relationship between nature and humans is a deeply cooperative one. This belief is reflected in how indigenous populations respect and know about nature. It is often indigenous women, who need food to feed their families, who depend on this relationship with Nature and who therefore become the driving force in promoting measures to counteract the consequences of climate change.  Interestingly, efforts led by indigenous women (see examples below of Ecuador and Peru) have resulted in several countries recently moving forward to affirm that Nature itself has legally enforceable rights.

Ecuador’s High Court rendered a decision on December 21, 2021 that interpreted and affirmed protection for the rights of Nature itself (Pachamama, meaning “Mother Earth”).  This is because Ecuador’s Constitution recognizes the rights of Mother Earth to exist and “to maintain and regenerate its cycles, structure, functions and evolutionary processes”. The Constitutional Court judge wrote for the majority that “the main idea behind the rights of Nature is that Nature has inherent value and that value must be recognized in and of itself, regardless of its usefulness for humans”. As a consequence of this decision, mining permits granted to a state mining company and its Canadians subsidiary were revoked.

In Peru, Indigenous women demanded in a lawsuit filed in September 2021 that the Peruvian government recognize the legal rights of Nature by ensuring that the Marañón River, which is downstream from a polluted oilfield carved into the Amazonian rain forest, "is able to exist, to flow, to live free from contamination, to feed and be fed by its tributaries and to be protected, preserved and restored". The case is in the early stages yet, but is part of the rights of Nature movement.

There would seem to be even more compelling reasons for Nature (without which humans cannot survive) to have rights, than, for example, corporations. In the United States, even though corporations are not mentioned in the Constitution, corporations are currently able to invoke rights and seek protections under the Commerce Clause and Contracts Clause, as well as under the First, Fourth, Fifth, Sixth, and Fourteenth Amendments of the Constitution. Corporations have used these rights to challenge state and local activism, including to counter efforts to fight corporate extraction that is environmentally damaging. As a result, corporations often have the power to dictate governance in our communities.

Another goal of the rights of Nature movement and related political/legal efforts is to include in applicable laws and treaties a new crime against nature or “ecocide”. A legal panel composed of experts from different countries has drafted the following proposed definition of ecocide: “unlawful or wanton acts committed with knowledge that there is a substantial likelihood of severe and either widespread or long-term damage to the environment being caused by those acts”. The hope is that this definition will now provide a concrete basis for countries to move forward on incorporating ecocide in some form in their national legislation.  Furthermore, this legal definition of ecocide should be used to push for amending the Rome Statute of the International Criminal Court (ICC) to add ecocide to those core crimes already provided by the Rome Statute  (currently, genocide, war crimes, crimes against humanity and the crime of aggression).

For example, in France, a new climate law was approved in August 2021 (Loi no 2021-1104 du 22 août 2021 portant lutte contre le dérèglement climatique et renforcement de la résilience face à ses effets). The law creates a new crime (“délit”)  for those committing offenses which “cause serious and lasting damage to the health, flora, fauna or the quality of the air, soil or water”.  Article 296 of the new law also requires the government to report back within one year on ‘“its action in favour of the recognition of ecocide as a crime which can be tried by international criminal courts”.

The rights of Nature movement and the efforts to criminalize ecocide should continue to be urgently promoted through political activism and  international collaboration. Women are uniquely positioned to take an active part in this movement. We need to have all the legal tools necessary to ensure sanctions, enforcement and resources to protect biodiversity and human rights and advance conservation, as guided by science, and thus be better equipped to fight denial of climate change and the counter movement against women’s rights.