Women and the Environment Event in Paris

On January 26, 2020, I was lucky enough to host(ess) a meeting of the Women and the Environment group of Democrats Abroad France. 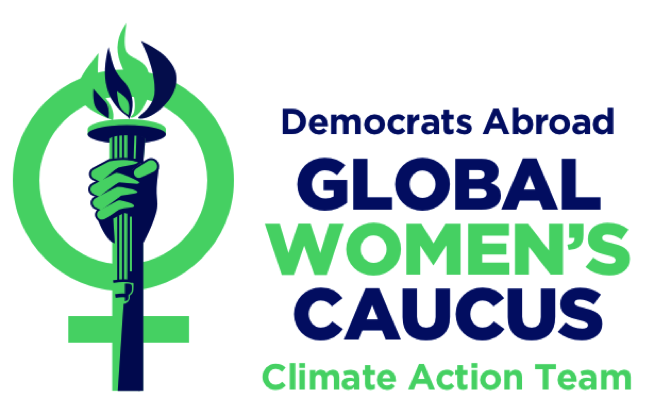 The three women scientists, experts in their fields, shared their scientific work with the audience in a talk titled: Is Climate Change a Gender Issue? Alyssa Fischer’s work discusses climate and sustainability, focusing on urban climate challenges and the inclusion of equity into climate conversations. Dr. Cara Maesano is a scientist and researcher in environmental epidemiology and exposure science at INSERM/Sorbonne University.  Dana Powers is an environment journalist specializing in renewable energy and chair of the Democrats Abroad France Environment Policy Group.

So, is climate change a gender issue? Guess what? It is. Poor women are more likely to die than poor men in any crisis.

Here are some key stats:

So, there’s a lot of work to do!  Here are some of the resources that discuss gender disparities and climate change:

Poor Economics: A Radical Rethinking of the Way to Fight Global Poverty, by Abhijit V. Banerjee & Esther Duflo, who won this year's Nobel Prize in Economics for this work.

WEDO: Women's Environment and Development Organization:  Excellent resource full of fact sheets, reports, news, case studies, and analysis for use in the "real world" and contextualization

Implementing Equality: Delivering Gender-Equitable Climate Commitments: An interesting discussion from WRI, the #1 environmental think-tank in the US, on the policy implications and efforts by IGOs and international non-profits to tackle these issues at the UN scale.

Project Drawdown:  The NGO dedicated to finding solutions to the climate crisis.

The Women of New Orleans and the Gulf Coast: Multiple Disadvantages and Key Assets for Recovery