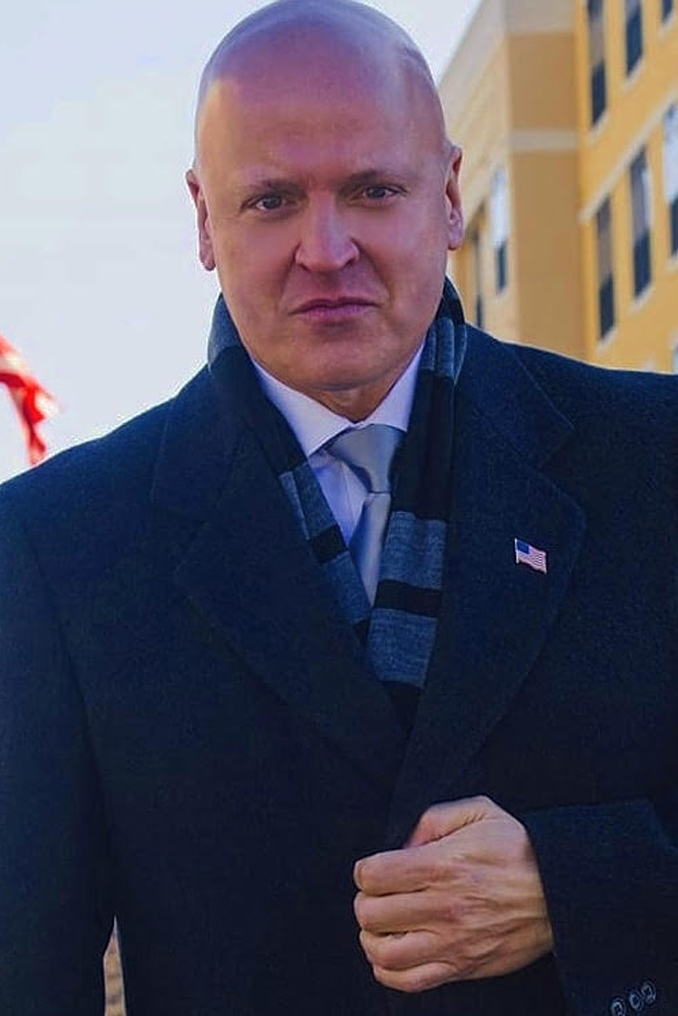 Robby Wells is a 2020 Democratic Presidential Candidate and currently serves as the Ambassador and Spokesperson for the International Human Rights Peace Commission. Robby has spoken across the United States and around the globe regarding his plan that promotes World Peace by achieving Global Sustainable Energy Independence and improving Education.

Robby has always had a burning desire to serve the people. Serving twenty years as an Educator and college football coach, Robby has been a positive influence to thousands of young people.
Robby also volunteered and served in the Army National Guard. During the summer of 2006 while he was training in Fort Sill, OK, Mr. Wells played a vital role in saving the lives of sixty soldiers when a rogue trainee infiltrated their camp and began stabbing soldiers in the night while they were trying to sleep. Specialist Wells along with other members of his platoon acted quickly and appropriately to care for the wounded and to subdue the rogue trainee ensuring that everyone survived the attack.
Robby loves all types of sports, and has been a part of numerous championships. He earned his Bachelor’s Degree from Furman University where he was a member of the 1988 football team that won the NCAA Division I - FCS National Championship. He went on to earn his Master’s Degree from the University of South Carolina in Adult Education in 2000 while he was a football coach for the USC Gamecocks. Mr. Wells has also been awarded two Honorary Doctorate Degrees in Humanities from St. Andrews Theological University International and Good News International University of Chennai, India.
Mr. Wells' platform is called "Eaglenomics" taking the best ideas from the Left Wing and the Right Wing to restore Prosperity to the United States and to allow every citizen a chance at the American Dream. Mr. Wells believes that the world needs the United States and that the United States needs the world. He is determined to push for World Peace and a tremendous world economy by making the economy of the United States the strongest it has ever been.
“It is my goal to achieve Global Sustainable Energy Independence by the end of my second term as President. This will create millions of great paying jobs, reverse Global Warming, and promote World Peace. My plan also improves Education by achieving Universal Childcare, free college tuition for a Bachelor’s Degree and an Associate’s Degree, the elimination of Student Loan Debt, increased teacher pay, and a plan that will protect every student in every school across our nation from gun violence.“
The United States has been called the Beacon Light of Freedom for the entire world. Under Mr. Wells’ leadership, the United States will once again become the nation where people from all corners of the globe can come in pursuit of Freedom.
“Under my leadership we will build bridges - not walls. The United States will achieve true Greatness for the first time once the lines of separation that have divided our people are completely erased.”
For more information and to join the Rise Up Movement go to riseupwithrobby.com.
Tweet