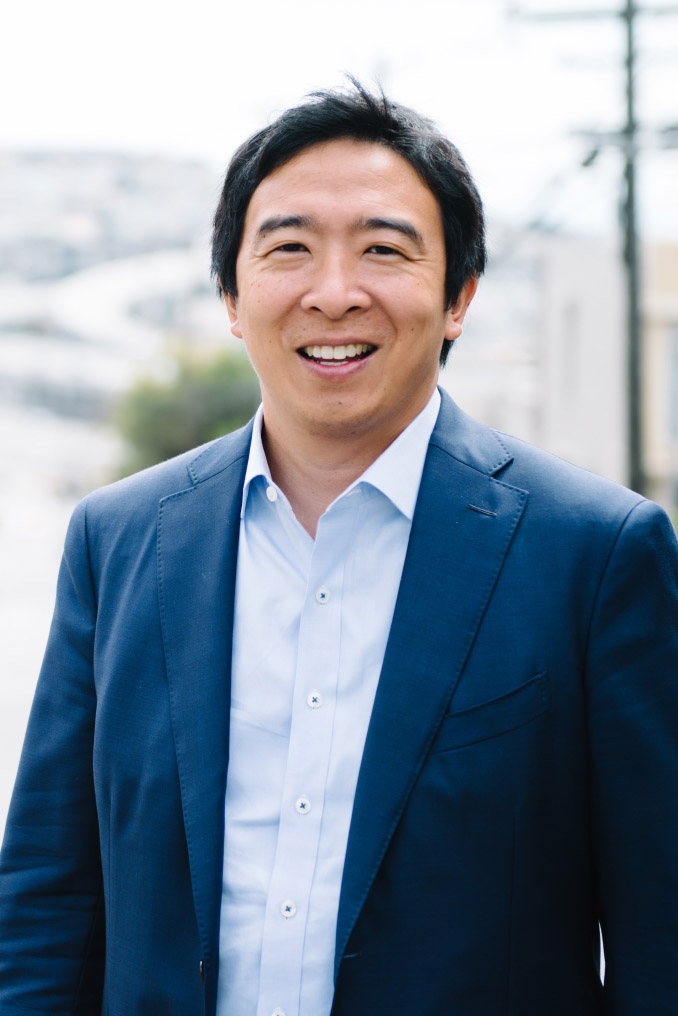 Campaign Statement: Andrew Yang is an entrepreneur and author running for President as a Democrat in 2020. Andrew has worked in startups and early-stage growth companies as a founder or executive for almost twenty years. In 2011 he founded Venture for America, a national entrepreneurship fellowship that has helped create almost 3,000 jobs in Detroit, Cleveland, Pittsburgh, Baltimore and other cities throughout the country. In his book The War on Normal People, he explains the mounting crisis of the automation of labor and makes the case for the Freedom Dividend, a Universal Basic Income of $1,000 a month for every American as well as other policies to progress to the next stage of capitalism. Andrew was named a Presidential Ambassador of Entrepreneurship by the White House under the Obama administration and a Champion of Change for his work with Venture for America. He lives in New York City with his wife and two sons.