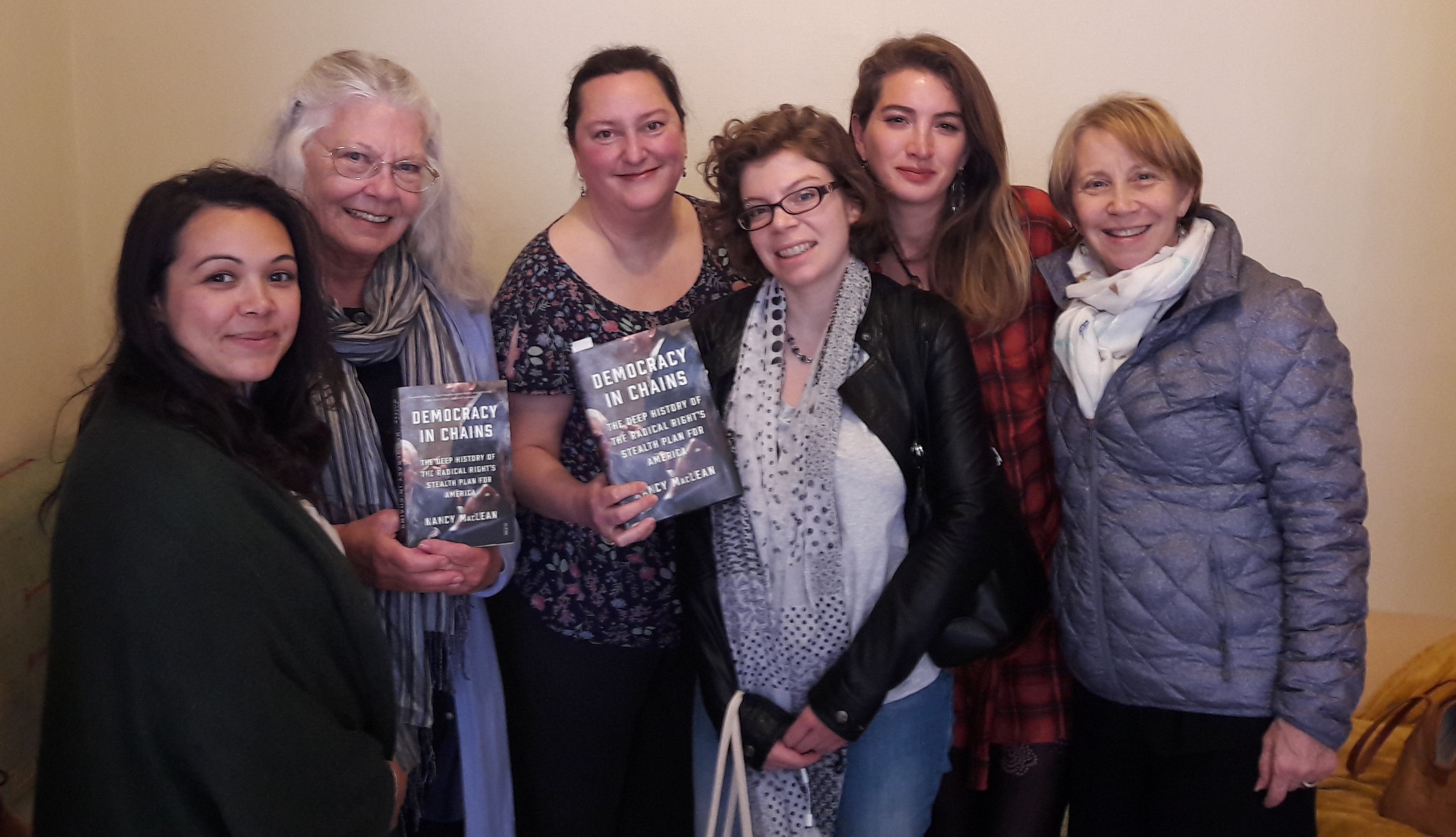 Members of Democrats Abroad Lyon have met twice so far this year.....

to discuss books related to the American political landscape.  Our first book selection was Michelle Obama’s best-selling autobiography Becoming.  All agreed that the pages flew by.  It was a joy to read and brought a sense of hope and ideas about how individuals can make personal contributions to affect change.  It also brought awareness of the personal sacrifices required to occupy the White House for eight years as a symbol for the marginalized and disenfranchised.

Our second selection was entirely different.  Democracy in Chains is a scholarly work.  The author, Nancy MacLean, is a professor and history and policy at Duke University.  The book traces the origins of American libertarianism and, in particular, the role played by economist James Buchanan.  Buchanan founded the Thomas Jefferson Center for Studies in Political Economy at the University of Virginia and was closely tied to the arch-conservative Mount Pelerin Society and the Cato Institute.  Buchanan’s economic philosophy seeks to protect capitalism from government by de-funding government at all levels.  His school of thought was the underpinning for the white boycott against school desegregation in the South.  The movement lost favor in the progressive Civil Rights era but began to get traction in the Reagan years and has since thrived with support and direction from Charles Koch.  All agreed that the book is a horrifying but eye-opening glimpse into how the “other half” thinks.

Stay tuned for our next discussion.  Suggestions for the next book include: