We are Americans located in the Auvergne-Rhône Alpes region of France by job, by marriage, by birth, by love of things French and for many other reasons.  We all share a tug back to the USA and for that reason we organize political and social events around current trends in American life.

Our chapter is the 2nd largest in France, covering as far as Dijon to the north, Valence to the south, Clermont-Ferrand to the west and the Alps to the east.

We regularly hold events such as marches to protect the earth from climate change and to support LGBTQ rights and culture.  Among our events in previous years was a tribute to the young lives cut short by the Marjorie Stoneman Douglas high school shooting as well as seminars on American ex-pat tax requirements.

We were particularly active in the primary and presidential election season, with events to educate our membership on the candidates and the issues.

Democrats Abroad Lyon does all we can to help every American in the Auvergne-Rhône Alpes area participate in the vote from abroad process.  Perhaps, most important, we provide a forum for liberal and progressive Americans to voice their opinions and support each other in today's fraught political climate.

Although the COVID-19 pandemic has temporarily halted our in-person meetings, we continue our events via Zoom. 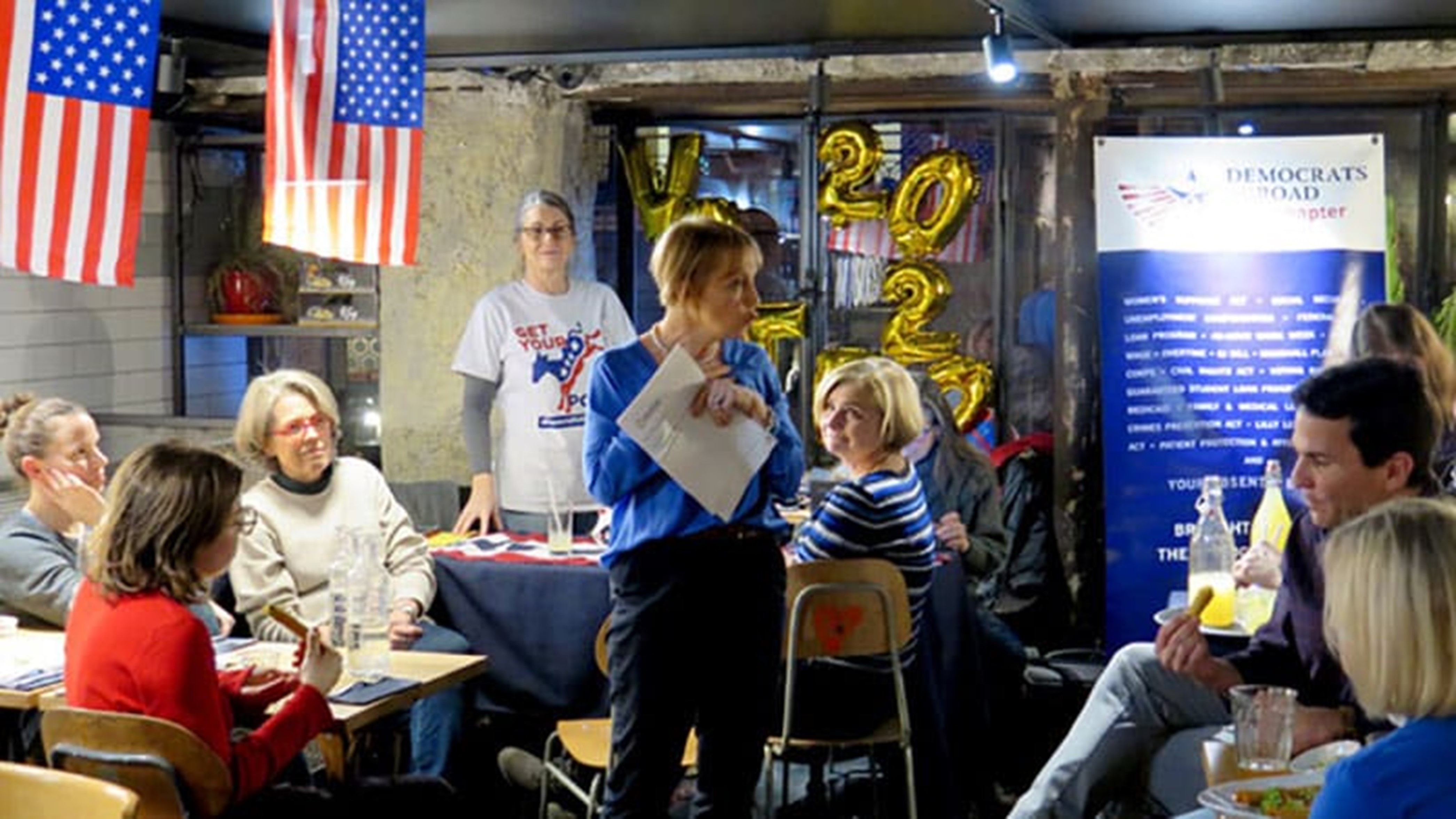 First Thursdays are opportunities for DA members to get to know each other, as well as exchanging banter about current events and politics.  Habitually, we meet at a pub in Lyon but due to COVID-19, these days our evenings are virtual get-togethers on Zoom.  A recent evening paid homage to Black History Month with a Harvard quiz accompanied by a discussion on racial bias.  So, pour yourself your favorite drink and come join us for a couple of hours of informative diversion every month!  À votre santé!

Our DA members, voracious readers all, held multiple sessions throughout 2020 and 2021 to read, question and discuss books covering diverse topical issues. These included :

You can find our Events and News here on the Democrats Abroad website as well as on our Facebook page.