Lyon Soldiers on with Pride Parade Despite Torrential Downpour 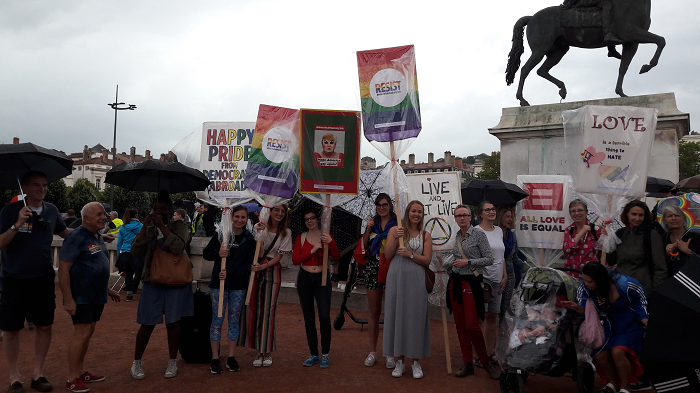 The Lyon Gay Pride March was called for 2pm on June 15.  At 2:15pm there was lightning, thunder and the skies over Bellecour opened up with a violent storm. The march never left the city square where it began.  About 20 intrepid members DA Lyon,

valiantly held our plastic-protected signs until the wind started to blow us over.  We then retreated to a member’s apartment, dried off, had an apératif and talked politics.  Fortunately, the previous week we had a grand time making posters with the help of artist member Joan Skelton Smith. The posters weren’t damaged and have been stored away for the next march.