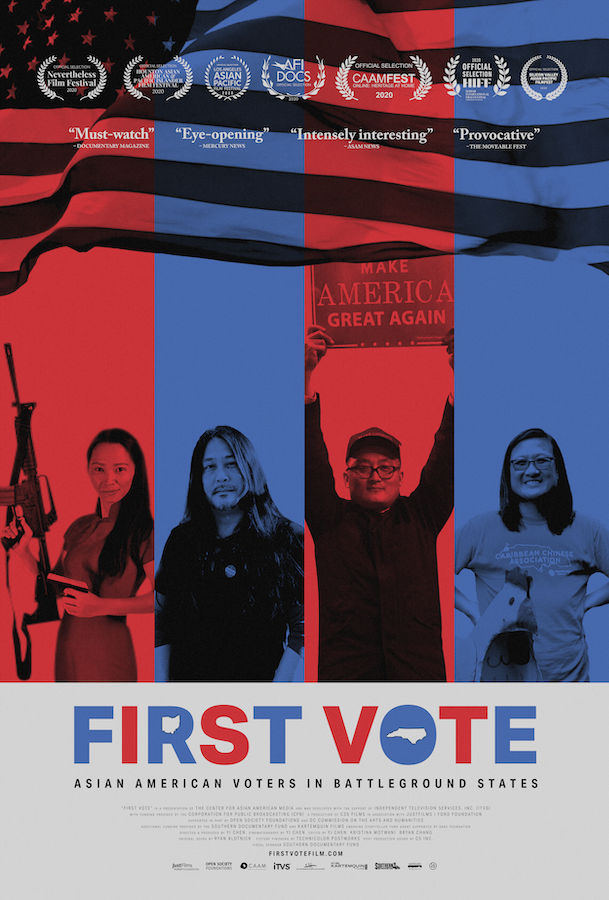 Described as a “beguiling and refreshingly non-partisan political travelogue” by the American Film Institute, Chen’s documentary follows four Chinese Americans who voted for the first time in the 2018 midterm elections and illuminates their contrasting political and social views. Cory Lemke, Vice Chairperson of Democrats Abroad Republic of Korea, hosted the discussion. First Vote highlights voters in battlegrounds states with different political leanings. The subjects of the documentary include engaged Trump fans and progressive journalists, showcasing the diversity of the Asian American electorate.

Throughout the film, Yi Chen explores the meaning of identity to Asian American voters, especially those living in the South.  In her discussion with the AAPI caucus, Chen spoke about her research, which she conducted through interviews and demographic analysis. Subjects said their families, childhood experiences, values, and cultural elements  all came into play when they began to engage with politics.  As a notable dividing trait, Chen shared that first generation Asian immigrants tend to lean more Republican, while second and third generation Asian Americans are traditionally more Democratic. Chen touches on a number of topics relevant to her work including voting rights, immigration, and why engaging new diverse voters matters so much.