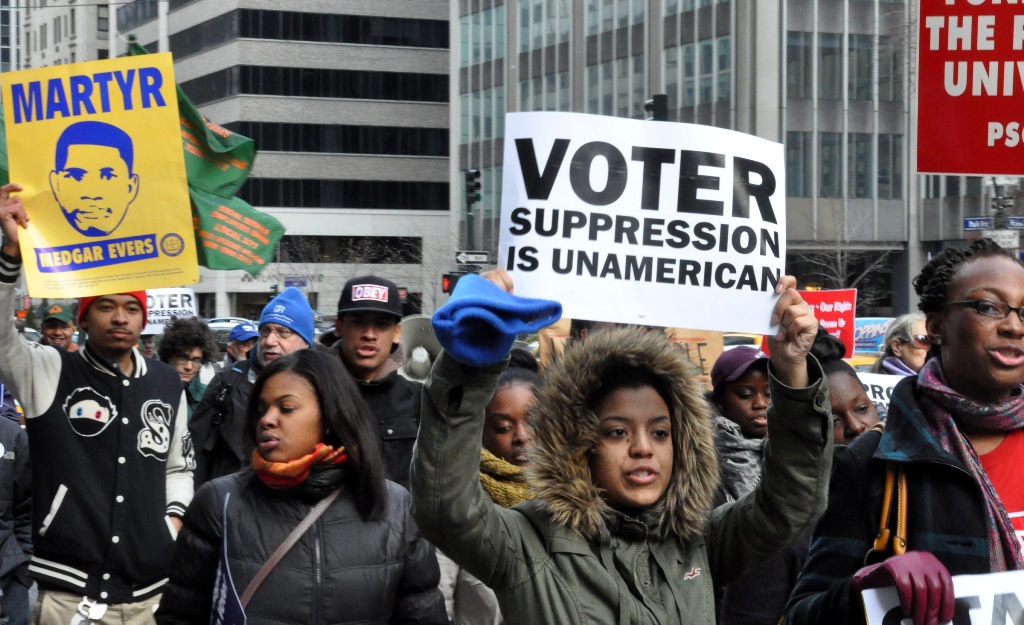 The Voting Rights Act of 1965 was seriously undermined by the Supreme Court ruling in 2013. Fifteen states have subsequently passed new voting restrictions which make it more difficult to vote. The federal government has lost an important tool in ensuring all Americans exercise their legal right to vote. This development is particularly harmful to African Americans. We demand the full restoration of the Voting Rights Act.

Gerrymandering is often used to disenfranchise minority voters and must be stopped. Voting districts should be determined by neutral, balanced committees and not by sitting state legislators who are biased in favor of their own party. A number of states are moving away from gerrymandering and this must be supported and made national[1].

Voter ID laws in some states suppress minority voter participation. All eligible voters must have free and automatic access to receiving a government issued photo ID if they don’t already have a driver’s license or other government photo ID. The number of polling locations and the voting hours need to be extended and standardized. Voter purges should be halted and voters restored to the rolls.

The GBC represents and acts on behalf of African American constituents of Democrats Abroad. Voting rights underpin the democratic process. We work to educate DA members about voter suppression, to inform our constituents of their voting rights and to work with DA's International leadership and the DNC to combat systematic voter suppression abroad and gerrymandering in our home states. We advocate for legislation that strengthens and protects the African American vote and the votes of all Americans.