Although he knew that he would not be eligible to vote in the 2016 presidential election, DA Germany’s John Grosser, then only 17, nevertheless wanted to make a difference. The son of a German father and American mother, John was, like many millennials, attracted to the politics of Senator Bernie Sanders, and so volunteered to do some phonebanking for the candidate from his home in Meschede, a small town in Germany’s rural Sauerland region. Using the digital calling tool provided by the campaign, John made thousands of calls via his computer to voters in Iowa and New Hampshire during the early primary season to help get out the vote for the Senator.

His activities were subsequently featured in an article in the German press about how expatriate Americans were engaging from afar in the politics back home, and this in turn brought him to the attention of DA Germany Chair Quaide Williams, who called John to discuss if he might be interested in helping with Democrats Abroad, and to invite him to the upcoming Global Convention in Berlin. 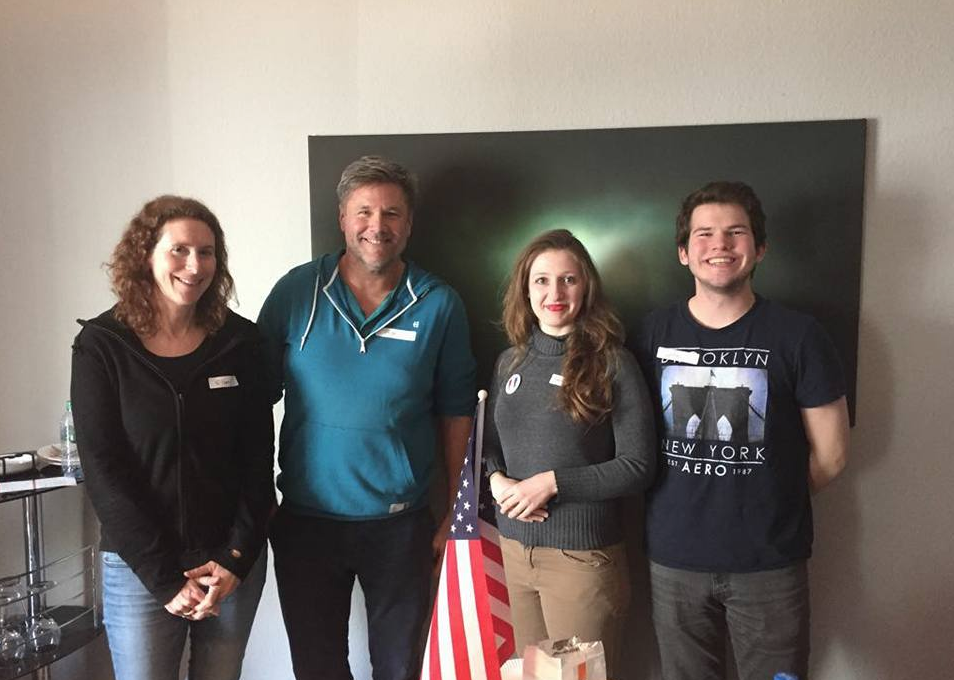 John attended the Global Convention with the hope of running to be a Sanders delegate to the Democratic National Convention, but his young age disqualified him.   But he also had another reason to attend: by responding to an email from Democrats Abroad shortly after he had officially joined, he had become involved with the Platform Drafting Committee.  He worked on several issues related to environmental policy, and advocated strongly—and successfully—that a plank renouncing the practice of fracking be included in DA’s platform.

But John wasn’t done yet.  About a month later, he graduated from high school (!) and moved to the larger city of Dortmund for university studies, and promptly became the precinct captain for the area--the youngest precinct captain in Germany.   With Quaide’s encouragement, John set up a few Voter Registration activities in the town center, and throughout the months of September and October, helped dozens of Americans in Dortmund register to vote and request their absentee ballots, including several from swing states.  Thanks to John’s efforts, DA Germany was able to enroll many new members and to create a strong local committee in the greater Dortmund area which is part of the NRW regional chapter.

This month, just a few days after his 18th birthday, the NRW chapter elected John its chair, making him the youngest chapter chair ever in DAG, and possibly all of Democrats Abroad.   John wants to help the members of his chapter stay actively engaged and get more young millennials involved in the organization, and his infectious youthful energy will certainly be a valuable asset in this effort.

He’s already a role model for others his age: on March 11, the DA-France Grenoble chapter elected 18-year old Ian Atkins as its Treasurer.  Ian happens to be the son of the chapter chair Gretchen Pascalis, and he was motivated to get involved by working with his mom on voter registration.  Both John and Ian will be eligible to vote in 2018, and are both are eager to help Democrats retake the Congress

Are you 35 or under and want to help make a difference?  Consider joining DA’s International Youth Caucus today!