- That my mother and sister can expect the same level of healthcare as I receive in Italy, without ever being fearful that it will bankrupt them or foregoing necessary exams because of out-of-pocket expenses or insurance offices which dictate that they must try every other method before accessing the known and effective one.

-That student debt the size of mortgages will no longer hold back people from my generation, as forgiveness programs are introduced and even private borrowers are given relief. That new students are able to access more federal grants based on need, disability status, and other hardships. That those with particular difficulties or disabilities will be given living stipends to take care of expenses while studying, so that they can focus on their grades.

-That the Black Lives Matter leaders will have an audience, as they’ve already requested, with the new administration and sweeping changes will be made to how we keep communities safe. That the prison sentencing rules for crimes of survival and those which do not harm others will change. That there will not be perverse benefits for the state when BPOC are in the prisons, working for pennies, in a slavery-like state.

-That acts like VAWA, the Voting Rights Act, U-Visas, and DACA are strengthened and upheld. That we treat people from other countries with dignity and have a more open policy, especially to those whose nations we have profited from for decades.

-That we take a true and unbreakable vow to reduce carbon emissions and stop climate change. That we go beyond less effective individual strategies and work for larger, systemic change which includes corporate responsibility and obligations.

-That we no longer have the legacy of a country whose liberals and conservatives are starkly different in how they execute their domestic policies, yet continue on both sides to wreak havoc on and profit from the destruction and reconstruction of developing countries. That we promote nuclear disarmament and peace.

-That if I ever were to return to living in the United States, I would be able to rest assured that my tax dollars were being put to use for the good of humanity. That I could know that we put horse trading and special influence groups to rest. That things had taken a turn for the better.

I sincerely hope for all of these things.

However, as we all are, I am relieved at least that we will have some semblance of order, civility, democracy, and decorum restored to our White House. 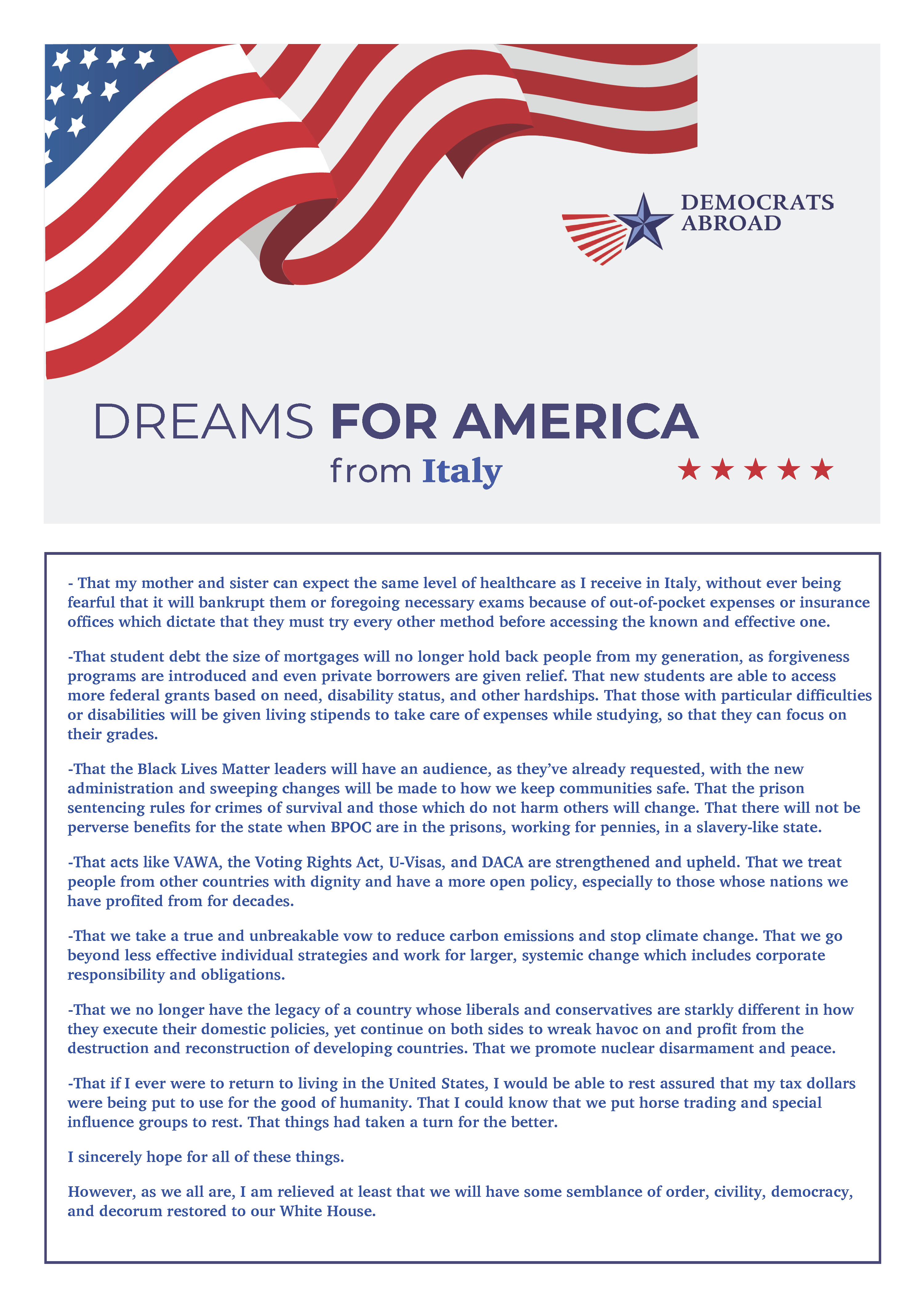