So that went well…

Breaking news, we will be watching the Department of Justice’s criminal investigation of our former President closely.

Instead of waiting to see if outgoing Speaker Pelosi will schedule HR.82 (the Social Security Fairness Act) for a vote, let’s take action! We implore you to contact your Representative — Democrat or Republican — NOW to Sign the Discharge Petition. The petition must receive 218 signatures of House members in order to allow a House VOTE on HR.82.

We at the GSC hope you enjoyed Thanksgiving, and wish you and yours a very Merry Christmas! 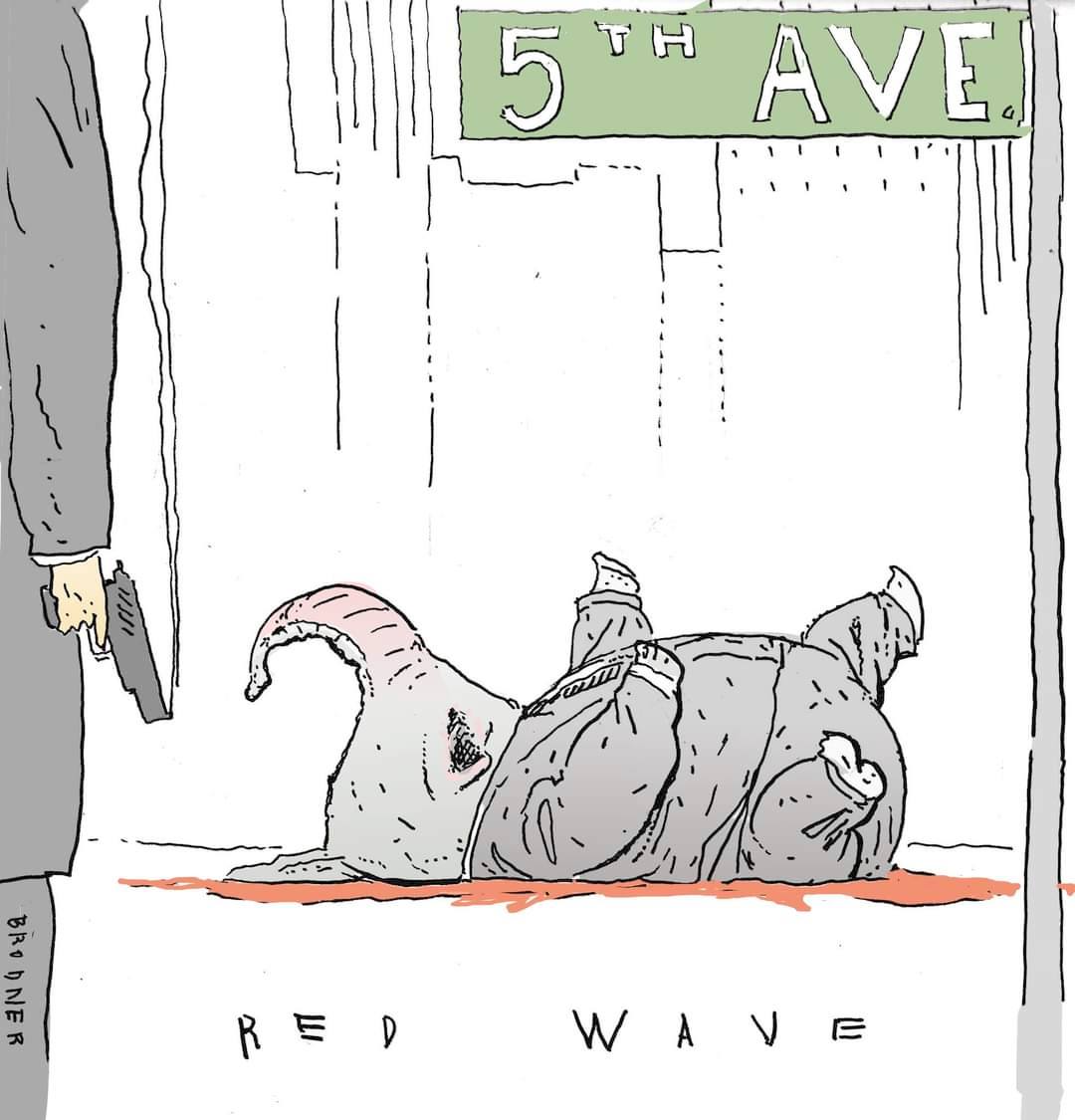 WOW! Though the final numbers are still out, we should be very proud of Tuesday's results! For the first time since 1934, the party in power didn't lose a single state legislative chamber in first-term midterms. We proved that the “red wave” was only a fiction. We flipped the PA Senate seat, and won a series of ballot measures protecting abortion rights. We won a trifecta (governorship and both state chambers) in MI, MA, MN, and MD. We elected the first two lesbian governors in history and sent more trans people to state legislatures. We made substantial gains at the local level, electing officials who will refuse to enforce abortion bans, and will build more fair communities.

Young people turned out massively for Democrats—a great sign for the future. Voters again rejected Trumpism and the MAGA movement. We saw, once again, that polls are unreliable.And importantly, we denied the deniers: We defeated the vast majority of election-denying GOP candidates, reinforcing our democracy.

The fact that Dems lost control of Congress by a very narrow margin — 212 to 219 — is itself extraordinary for a midterm election. Trump lost 40 House seats in 2018, and Obama lost 63 in his first midterm. This election is an exceptionally good result for Democrats.

Thank you to each and every one of you who cast your vote! The extremely slim margins again prove that every vote truly does count.

— Thanks to our friends at DA France for this handy recap!

Vaughn Hillyard comments on the Gubernatorial race in Arizona

In races that were called on Friday and Saturday evenings, Arizona’s Adrian Fontes and his fellow Democrat, Nevada’s Francisco Aguilar, have won their secretary of state races by beating a pair of QAnon allies who each denied that Donald Trump lost their respective swing states. Read more …

Analysis: Democrats would have gotten crushed this election without young voters

What saddens me more than anything else about this election — even more than Lauren Boebert keeping her seat in Colorado — is that our generation has turned out to vote for conservatives in such large numbers. Many of us think of ourselves as the Woodstock Generation, but what we didn’t notice was that the silent majority of Boomers hid from the “dirty, drug-taking hippy” moniker awarded to us by conservatives.

In an understandably human sense, they wanted to get jobs, raise families, have a good reputation — there’s nothing wrong with that, except that they missed the big picture. They missed the Renaissance of global thinking, of unity and of peace.

I thank David Hogg, Stacy Abrams, and everyone else who did all they could to get out the youth vote. They have saved us from fascism. Read the article, then check out the data.

Sadly, House Speaker Nancy Pelosi has decided to not seek a leadership position in the next Congress. We thank Speaker Pelosi for her service and wish her husband a full and speedy recovery. Having won her district, she will remain in the House of Representatives. Here is the link to view her speech, and the transcript.

“She was a giant in the US Congress...for years! Will miss her.” — Rick Smedstad

“One of the all time great speakers.” — John Edward Philips

Who will take over Democratic leadership in the House?

Profile of two generations in the House Democratic Caucus

Born in 1936 in Brownsville Texas, Napolitano worked for 21 years at Ford Motor Company before starting her career in politics as a city council member in Norwalk. She is now the highest-ranking California member and Hispanic member of the U.S. House Committee on Transportation & Infrastructure where she currently serves as Chairwoman on the Subcommittee on Water Resources and Environment, which oversees EPA’s Clean Water Act and US Army Corps of Engineers water programs. Her list of accomplishments is long—here are some highlights:

Born 1997, to Puerto Rican mother and Haitian father, adopted as an infant by a Cuban-American mother and musician from Kansas. The challenges life has sent him have made him what he is today — a fighter for justice:

Hear Maxwell being interviewed on CNN, what inspired him to run, and what President Biden said to him in his congratulatory call.

When Did Social Security Become the Third Rail of American Politics? 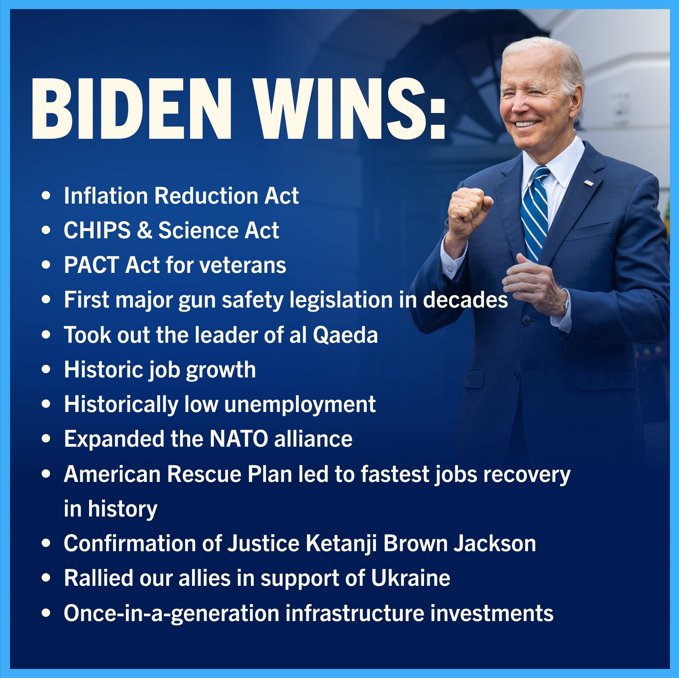 In 1980 Ronald Reagan had campaigned for the presidency on a pledge to preserve Social Security, repudiating a position he had taken in 1964 when he had argued in his famous speech in defense of Goldwater that the system should be made voluntary. In 1981 when he became president, he told Congress that he would not agree to a bi-partisan proposal to limit future cost of living increases championed by the Republican Budget Committee Chairman Senator Pete Domenici, which was backed by eleven Republicans and five Democrats. Reagan told the senators that he could not break his campaign promise. Read more …

We are seeing major media outlets such as CNN, and even MSNBC report on the delusional accusation. Although we are encouraged that Rupert Murdoch’s Fox News has turned away from Trump, we know that they will support the next Republican to run for President.

Daily Kos has started this petition to send to the major U.S. media outlets. Please sign.

As reported last month, Congressman Rodney Davis filed a Discharge Petition to bring WEP repeal bill HR 82 to the House floor for a vote. It requires 218 signatures of members of the House of Representatives by Dec. 6 to succeed. With Congress back in session as of November 14th, representatives may resume signing the petition.

This Discharge Petition is the most definitive means of fully repealing WEP penalties for foreign pensioners. We have 29 signatures so far - we need 189 more.

A WEP repeal or reform proposal may be attached as an amendment to a larger "must pass" bill in the House during the lame duck session. Two such bills might be the National Defense Authorization Act or the House Appropriations bill. We can monitor those efforts here:https://rules.house.gov/

The most likely author of such an amendment would be Rep. Richard Neal (D-MA) in collaboration with his colleague Rep. Kevin Brady (R-TX). However, both offices have confirmed that their WEP proposals will specifically exclude foreign pensioners. They believe that it is impossible to access data on foreign earnings to include in their formula. This is why foreign pensioners must oppose any WEP reform attempts by Neal and Brady. There is a growing consensus that if a WEP reform proposal is unable to be accurately and fairly applied to foreign pensioners, foreign pensioners should be made exempt altogether from the WEP.

Our strongest move now is to urge our Representatives to sign the Discharge Petition for HR 82. This is the clearest immediate path to fully repeal the WEP penalty for foreign pensioners. Please get on the phone to call your Reps today!

You can get updates on WEP repeal efforts on this Facebook page, and we will continue keep an eye on this, and have more updates in our upcoming newsletters.

Are you or a loved one receiving all the benefits you’re entitled to? If you or someone you know is struggling, counseling expertise is available. Try the helpline now. 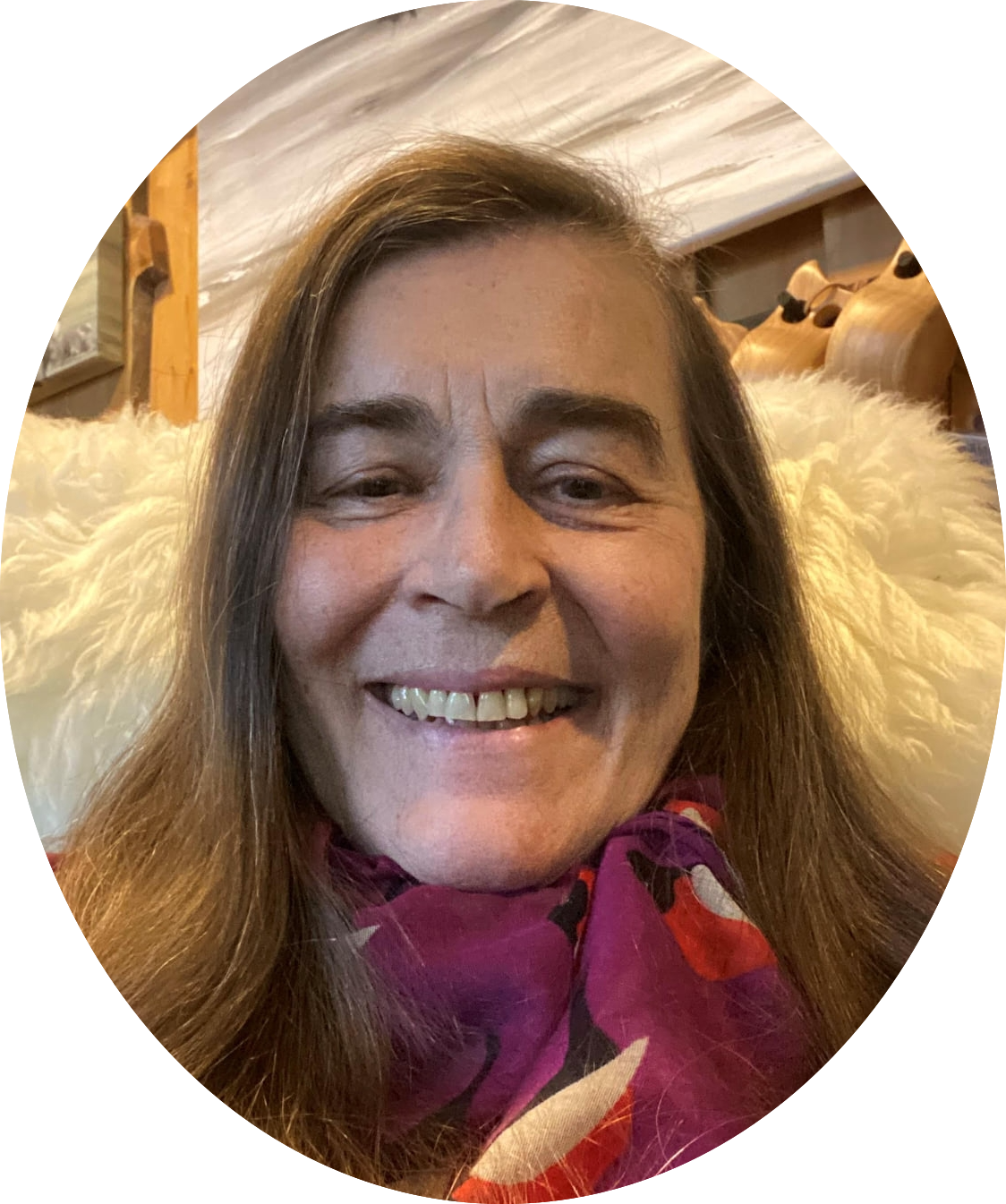 Thank you to all who attended our Global event “Bridging the Distance for Democracy - Working Collaboratively with Seniors Voices” on Friday, November 18th. We had a good attendance, and we are happy that we got our friends from the Senior Council Stateside to attend. (Watch it here.)

Some of the comments we received during and after the event suggested that DA Seniors want more information about the Windfall Elimination Provision (WEP) and Medicare Part B. Steve Regenstreif, Chair of the Senior Council suggested that we work together particularly on the elimination of WEP. So, we will continue working on these issues for you.

Wishing you all a happy holiday season.

Don’t miss our Seniors and Disability Caucus monthly chats via Zoom, from 9am to 10:30 Eastern Time (US & Canada). Everyone is very welcome!

RSVP to get your local time and add to your calendar.

Jennifer Hershey from the Federal Benefits Unit, based in the American Embassy in London, will join us to speak about Social Security and Medicare eligibility for people living abroad. This event is free and will take place online using Zoom.

This webinar is for you if you are retired, disabled, a child of a retired or disabled US parent, a widow, curious about what kind of benefits are available for Americans living abroad, or just want to be aware of what benefits you could be eligible for in the future,

RSVP to grab your spot!

The Democrats Abroad Reparations Task Force is dedicated to tackling economic, racial, and political injustice head on. We will be discussing recent developments in the US reparations movement, ongoing successes in reparations activism/advocacy, and further opportunities to get involved. RSVP to join this call. 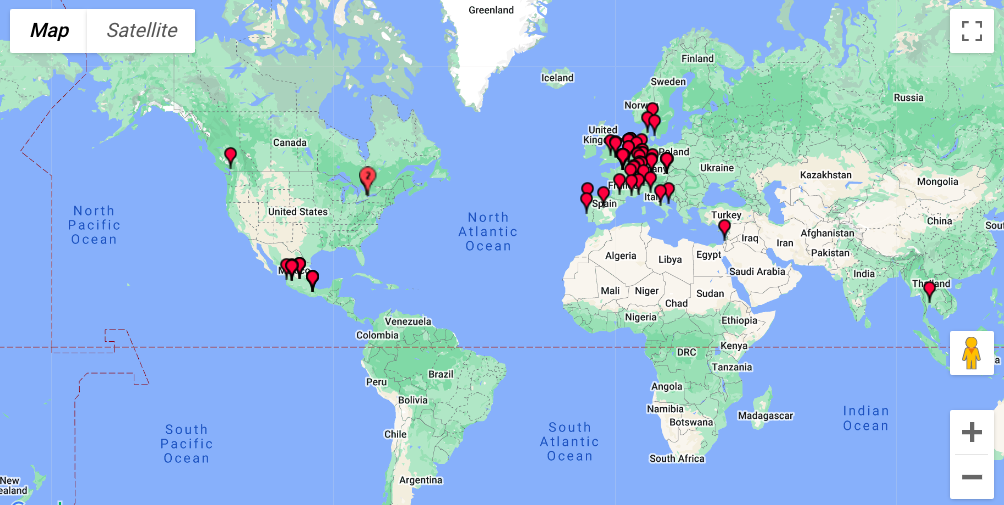 Our State Teams are putting together very interesting events each month. Check this Events page for one near you!

Congratulations to our Teams!

It’s all about teamwork. We’d like to thank everyone at Democrats Abroad for their tireless work at Vote from Abroad; Comms for providing us with messaging, and posts on our social media platforms that got the word out, all the phone bankers who helped get ballots to voter, and helped get them back on time, and then went on to help cure ballots. Thanks also to the State Teams who are bringing us together to fight state by state to improve voting rights and state laws, and support Dem candidates. And of course our ExCom who work tirelessly to expand our reach, make vital contacts in Washington DC, and guide us. Thank you all!

In Search of Volunteers… 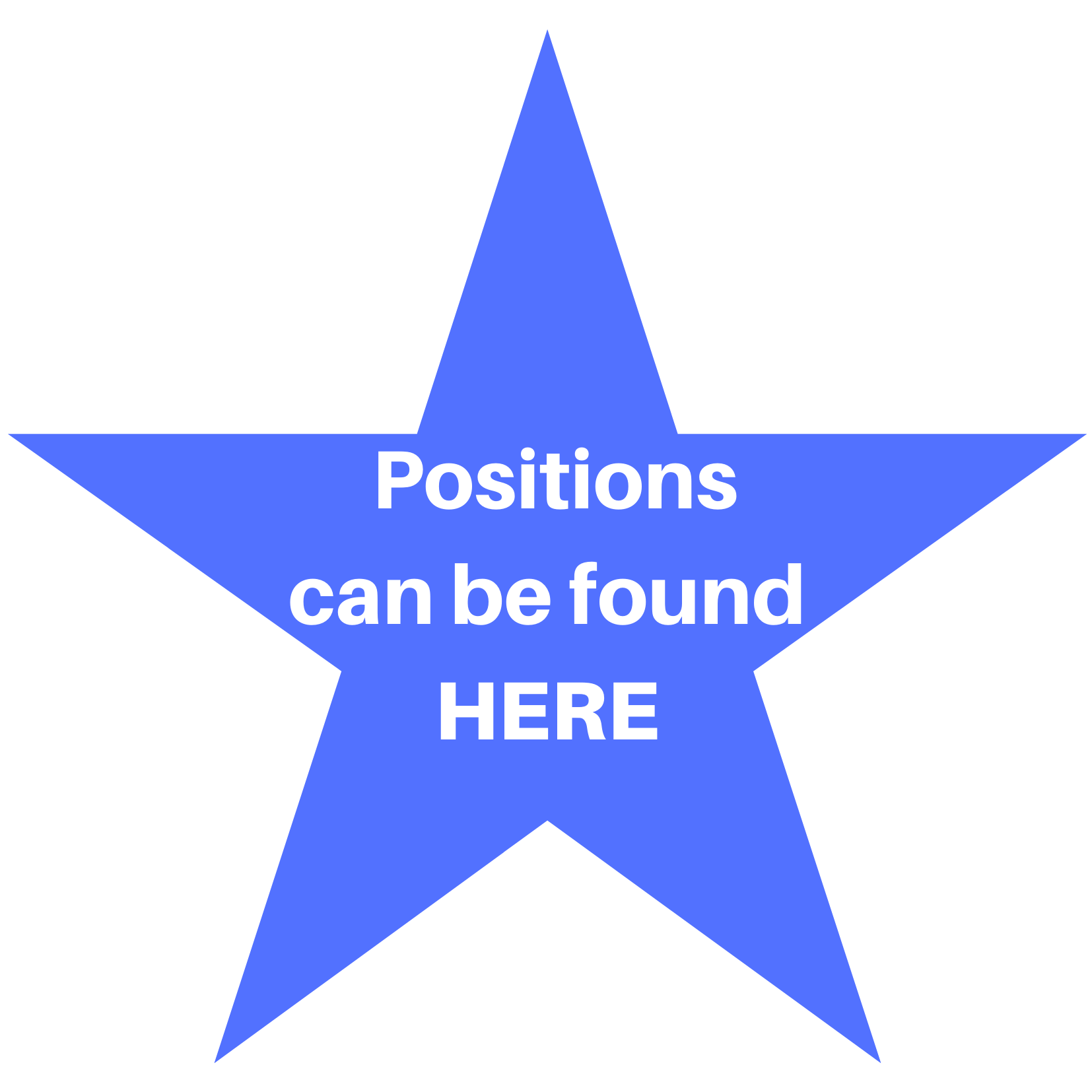 Volunteers are the backbone of our organization.

“Unless you learn to face your own shadows, you will continue to see them in others, because the world outside you is only a reflection of the world inside you.”

“Women must lift each other up.” House Speaker, Nancy Pelosi

go out to Diane Winsor and Karen Lee for their contributions to this month’s newsletter.

The song that keeps running through my mind right now is Doctor My Eyes, by Jackson Browne. Apropos to what we’ve just witnessed, the times we are in.

Doctor, my eyes have seen the years

And the slow parade of fears without crying

Now I want to understand

I have done all that I could

To see the evil and the good without hiding

You must help me if you can

Tell me what is wrong

Was I unwise to leave them open for so long?

'Cause I have wandered through this world

And as each moment has unfurled

I've been waiting to awaken from these dreams

People go just where they will

I never noticed them until I got this feeling

That it's later than it seems

Tell me what you see

I hear their cries

Just say if it's too late for me

They cannot see the sky

Is this the prize

For having learned how not to cry? 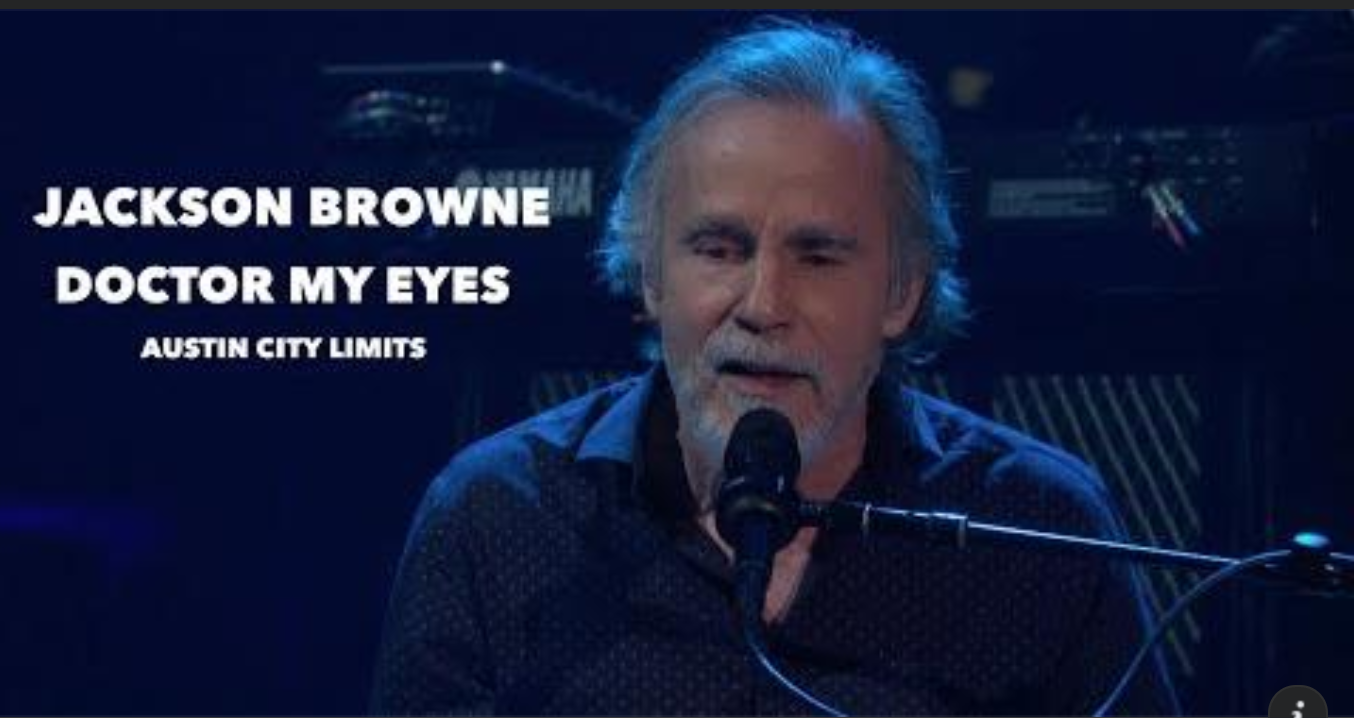