The Federal Voting Assistance Program (FVAP) has released updated versions of the Federal Post Card Application (FPCA) and Federal Write-In Absentee Ballot (FWAB) for the 2018 election cycle. Overseas citizens may use the FPCA to request absentee ballots, register to vote, and update contact information, and in the event that a requested absentee ballot is not received in a timely fashion, we can vote using the FWAB as a backup ballot.

Both the FPCA and FWAB forms are accepted by all states and territories in elections for federal office. Voters have the option of using other types of absentee ballot request forms, but Democrats Abroad strongly encourages all overseas voters to use these federal forms to guarantee certain protections — such as the option to receive a ballot electronically and the requirement for election offices to send ballots to voters at least 45 days before elections for federal office.

FVAP included Democrats Abroad in the design review process and incorporated many of our recommendations in the new forms. Voter may still submit older forms following current state requirements. FVAP notes that hardcopy versions of the forms will NOT be available until later this year. For now, the new forms are available as fillable PDFs via FVAP.gov: fillable forms are recommended to be sure voters comply with individual state requirements. 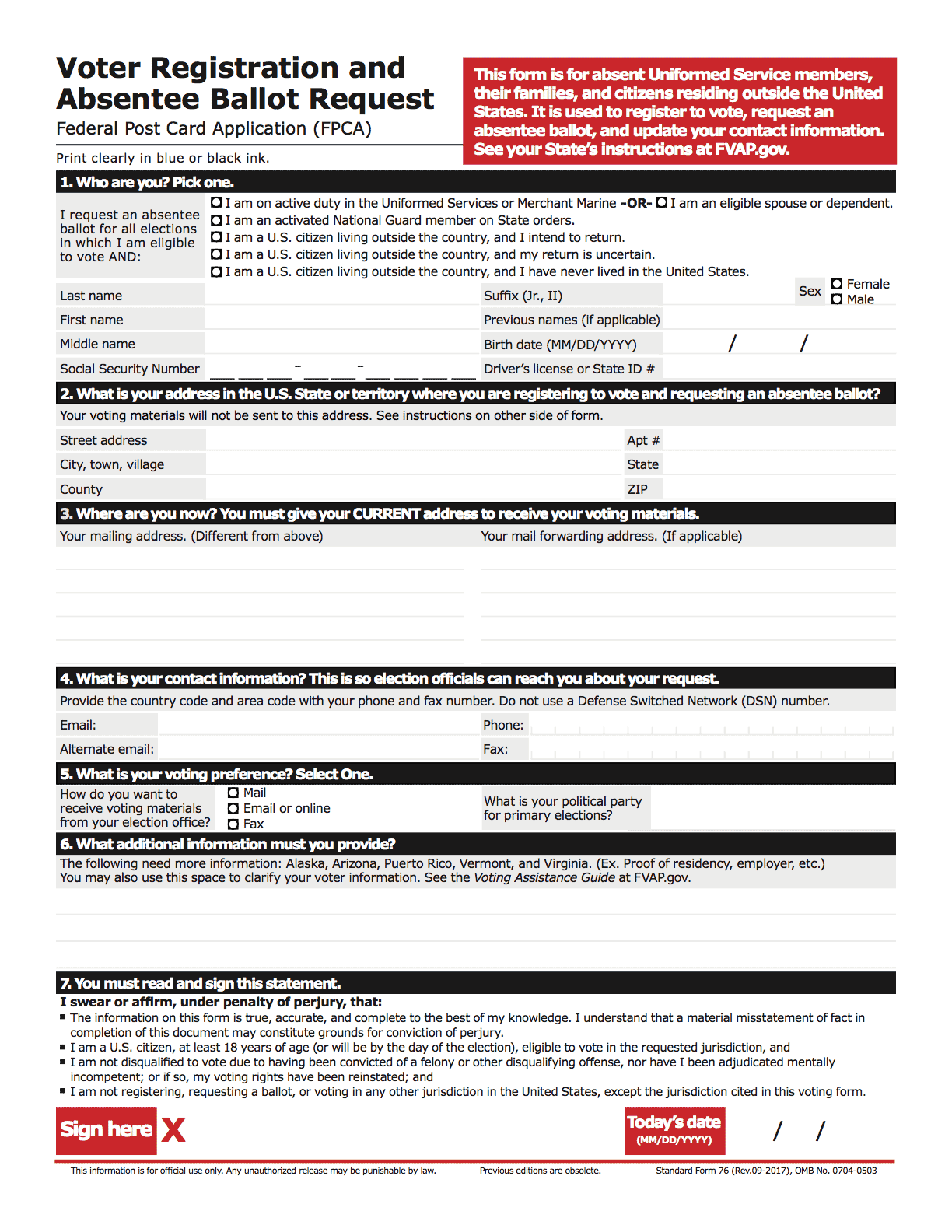 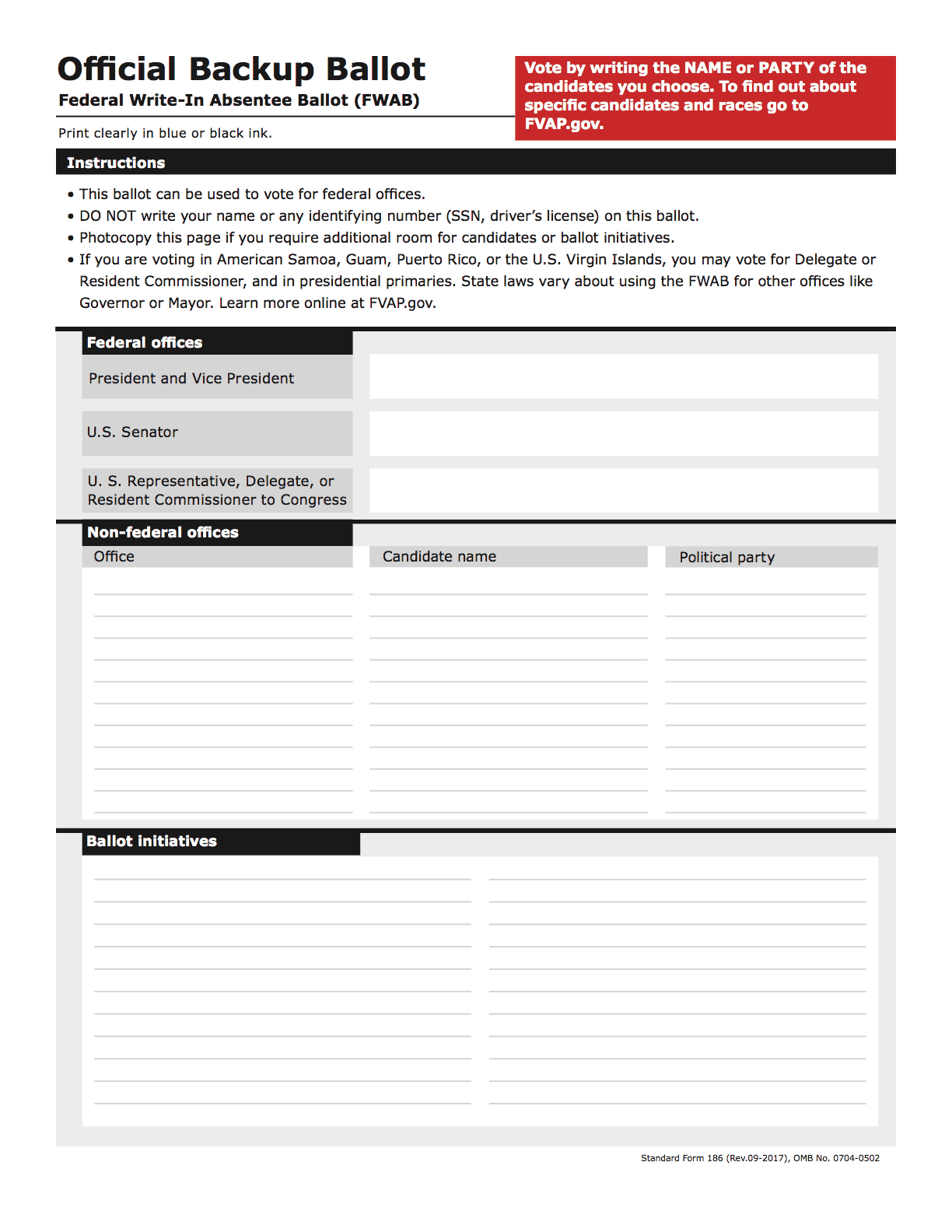