MESSAGE FROM THE STEERING COMMITTEE

The new Steering Committee is up and rolling! Our recently appointed Chair just selected the members of the Steering Committee that will assist her in the upcoming years through the important challenges related to mobilizing Latino voters abroad.

This year is a very important one, we have the Midterm. We need to work together and we need your help! Don’t forget to register to vote, you can do it using the links below:

It is also crucial  that we support the passing of voting rights  bills , such as: (i) Freedom to Vote Act, which seeks to ease voter registration, expand voting access, enhance election integrity and security, and establish Election Day as a federal holiday; and the (ii) John R. Lewis Voting Rights Advancement Act that aims to restore and strengthen parts of the Voting Rights Act of 1965.

In addition, the Hispanic Caucus continues to advocate for important issues to our communities, such as (i) the Dream and Promise Act and the (ii) the Farm Workforce Modernization Act.  We remain dedicated to the passing of these bills as they will greatly benefit immigrant communities.

We will also keep an eye out for other policies related to access to healthcare, tax reform for Americans abroad, as well as veterans’ issues among others. Also, within the DACH we are committed to support Statehood for Puerto Rico.

We hope you will be inspired by the work that our members put into each cause, and we are always open to receiving your feedback and hearing about the problems that you are facing as latinos abroad.

You can reach us at: [email protected]

There is always room in our comunidad for you! Remember, we welcome everyone into our Caucus, you don’t have to be latino for participating in the Caucus, so don’t wait anymore and come and join ushttps://www.democratsabroad.org/hc

We are up and rolling!  We are very happy to preset our new Steering Committee Members

Our Steering Committee Member, Edgar López, member of Democrats Abroad Mexico, is  focused on trying to reach Hispanic Americans in the Americas and  particularly in Mexico where the State Department estimates that there are  1.6 million American citizens.  One of the main goals for the DAHC and DA Mexico is reaching this Hispanic American population.

For this purpose, a New Membership Drive will be launched in Mexico for both English and Spanish speakers with three stages: 1. launching the front-end appeal, 2. inducting the respondents, and 3. evaluating the performance of both front and back ends to refine them in a new iteration!

You must register every year to be able to vote!

Have any questions?  There is  an FAQ section/Preguntas Frencuentes, availble also in Spanish and you can always write to [email protected]

For our Latino Spanish speaking voters please find below the most FAQ in Spanish/Información sobre preguntas frecuentes en español!

FANDANGO AT THE WALL!

The Global Hispanic Caucus, the Global Black Caucus, and the Afro Latin Jazz Alliance (ALJA) International hosted a discussion about HBO’s Fandango at the Wall documentary.

The documentary follows Grammy Award winners Arturo O’Farrill and Kabir Sehgal as they prepare to record a live album at the U.S.-Mexico border wall. The project is inspired by the annual Fandango Fronterizo Festival, which unites people on both sides of the Tijuana-San Diego border. Before recording, festival organizer Jorge Francisco Castillo, takes O’Farrill and Sehgal on a tour of Veracruz, Mexico, where this musical mixture of Indigenous, Spanish, and African traditions originated. Their travels finish with the annual celebration, promoting peace and celebrating unity.

Learn more about the Afro Latin Jazz Alliance, the creators of The Fandango at the Wall, visit: https://afrolatinjazz.org/

“The border wall was behind us, the sun was setting over the Paciﬁc Ocean, the crowd was yelling “Epa” and “Otra!”, and the band was grooving. Many of us were in tears as we took everything in. For a moment, we had helped to turn a symbol of division into a common space of peace and harmony.”

Thank you for participating in this memorable Black History Month event! 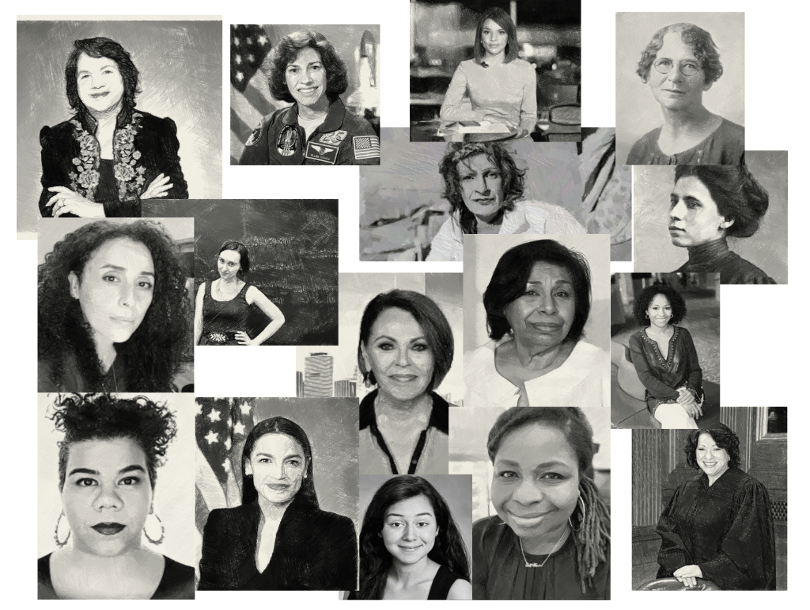 For Women's History Month the Hispanic Caucus has joined the celebration with a campaign highlighting Latinas in the history of the United States that have made important changes. These women come from different parts of the nation and from various Hispanic heritages. But the work has been the same: to elevate the Latino community, to work for women's rights, to work for human rights, and to fight for social justice. The job that these women have done permeates today. And just as our continuing celebration shows there are many young women who have taken the reins and continue the fight. Join us as we continue to celebrate Latino women in the United States who have made a difference.

We are always working and advocating for relevant reforms to help our Country and the Latino community. Here are the ones that we are keeping a close eye on:

(Status: Passed the House, currently pending in the Senate)

(Status: Passed the House, currently pending in the Senate)

(Status: introduced in Senate -10/20/2021.Motion by Senator Schumer to reconsider the vote by which cloture on the motion to proceed to S. 2747 was not invoked (Record Vote No. 420)

·       The 2020 census had big undercounts of Black people, Latinos and Native Americans

·      CHC Chair Ruiz: We Will Use Every Tool at Our Disposal to Protect our Communities


If you are interested reach out to Norma, our Comms Manager, at [email protected], subject: “Facebook volunteer”

If you would like to give us a hand but Facebook is not your thing,! Write to us at [email protected]

You can also help us by making a donation to support our activities to get out the vote among US Latinos around the world. https://www.democratsabroad.org/hc-donations

Democrats Abroad (DA) is the official arm of the Democratic Party for the 9 million Americans living outside the United States. DA strives to provide Americans abroad with a Democratic voice in our government and elect Democratic candidates by mobilizing the overseas vote

DAHC currently counts with nearly 1,500 members with members from in 82 countries from Argentina to Zambia, representing  all 50 states, Guam, Puerto Rico, and Washington DC, with the most members coming from California, Texas, Florida, and New York