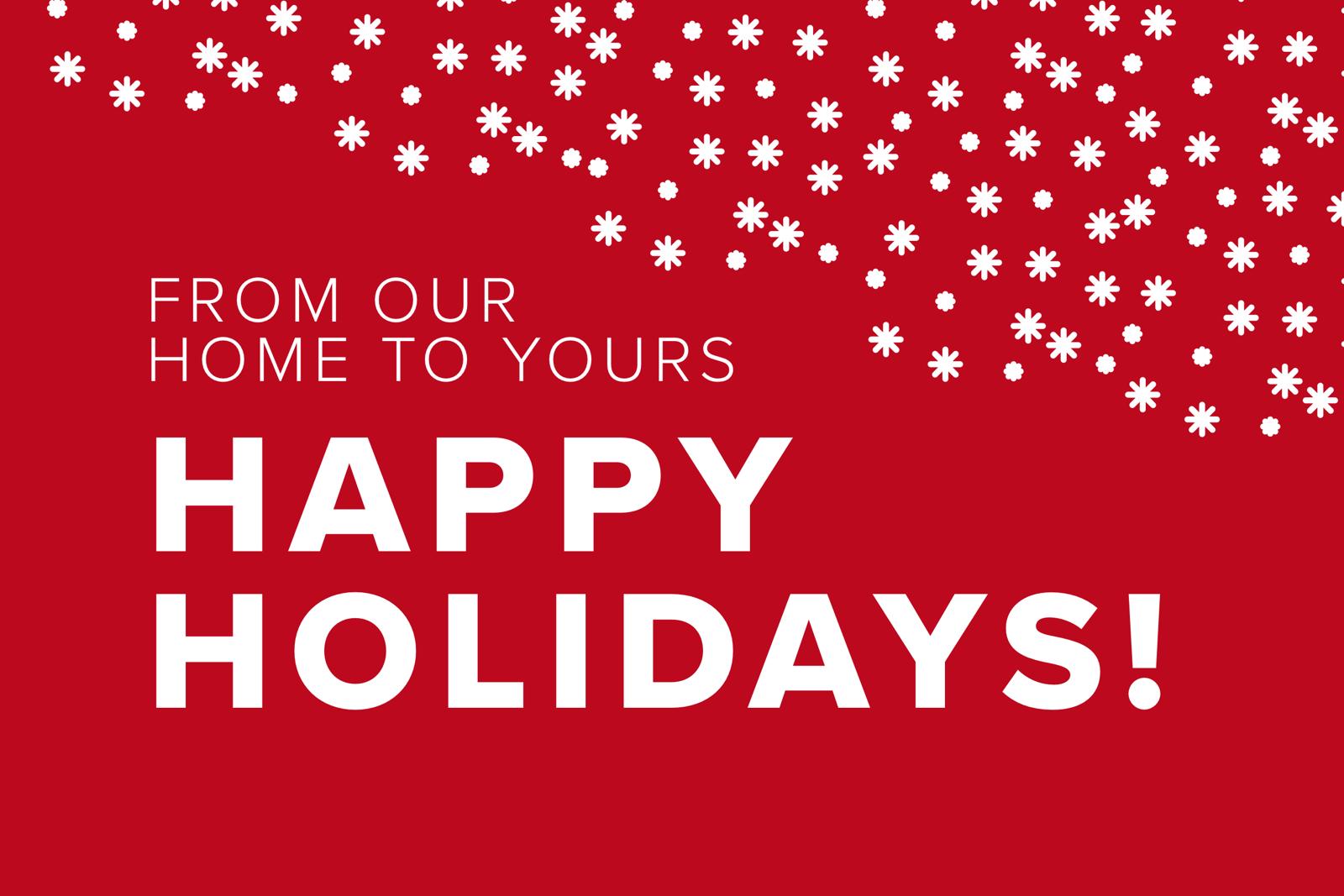 Our Executive Committee meetings are held on the second Wednesday of the month. Our next meeting will be held online on: Wednesday, December 9, 2020, at 7 p.m. Members are welcome to join us at the meetings. Please contact Jennifer at [email protected] to join.

DAA is making a strong effort to include in our monthly newsletter all the information you need to stay up to date in order to avoid the flood of emails that occurs in an election year. By sending you fewer emails, we hope you will read those you receive. Thanks for reading! 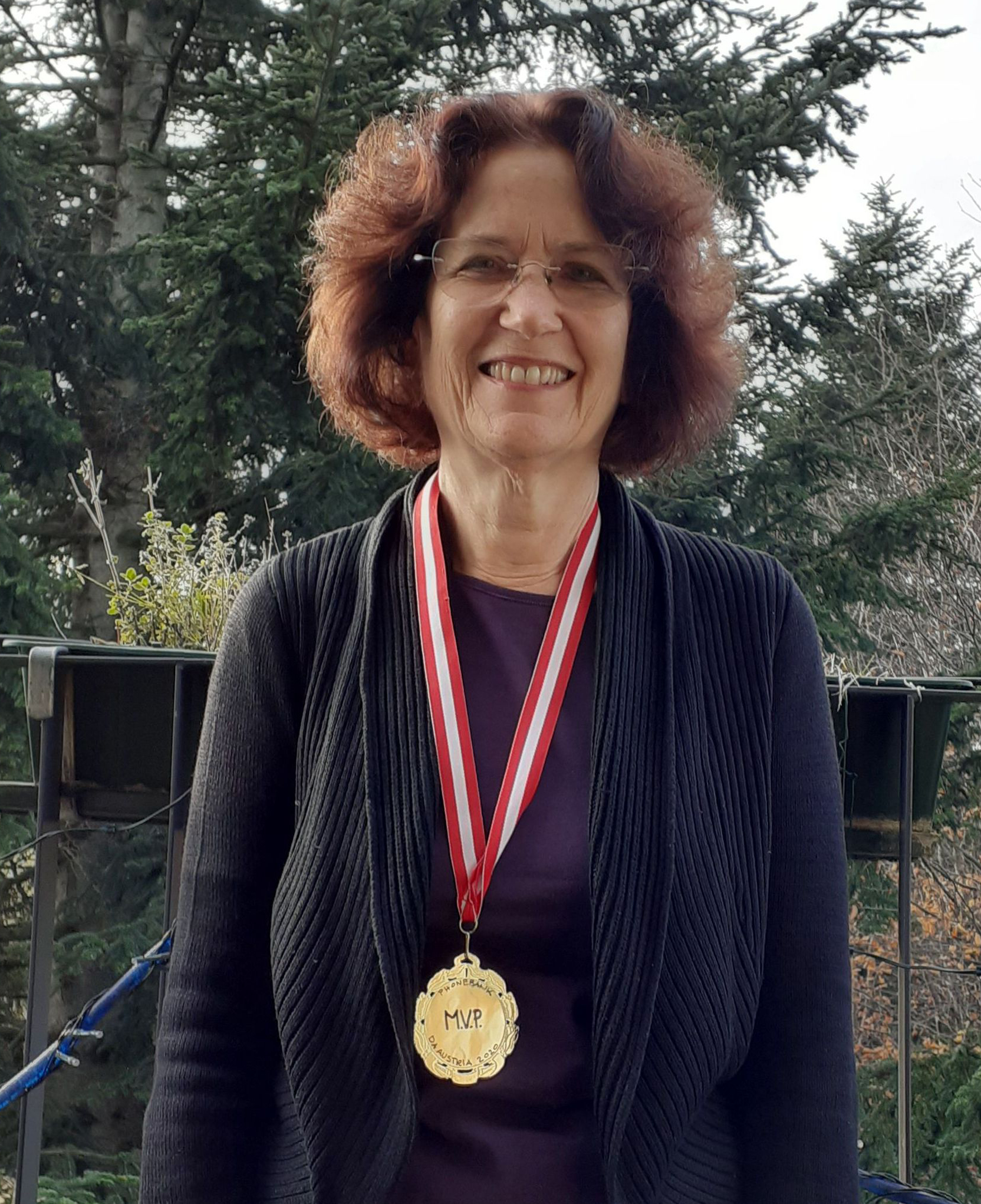 Every election cycle has a few super volunteers who go to extraordinary efforts to help get out the vote by calling members, registering new voters at schools and universities, and assisting people with their ballots. This last election was extraordinary in many ways, including the number of dedicated volunteers who, since January, have dedicated tens of hours and made thousands of calls and helped hundreds of people at in-person voter events. Because of them, 80% of DA Austria membership engaged with our VoteFromAbroad.org website and turned out to vote. Thank you to all our volunteers and especially the super volunteers! 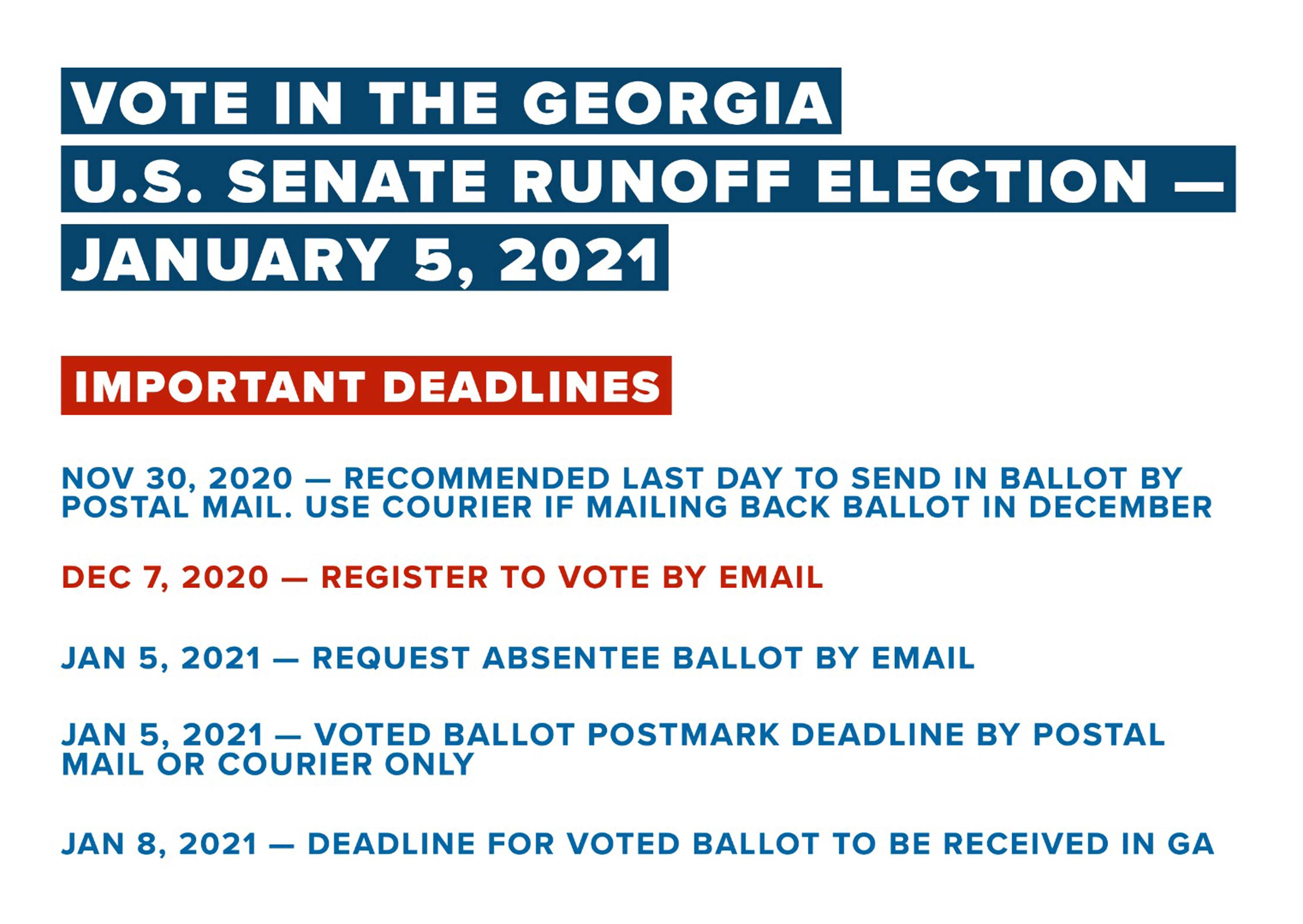 Georgia On Our Mind

Georgia voters, your vote is powerful and will determine Biden's presidency!

Federal elections were held for both of Georgia’s US Senate seats on November 3, 2020. Both of these races are going to "runoff elections" as no candidate received at least 50% of the vote. Democrats need to win both of these seats to have a 50/50 Senate with Vice President-elect Kamala Harris able to cast the tie-breaking vote.

The two races are:

Help get out the word! Please go to DA Austria’s Facebook page and share our Georgia posts in your groups and networks.

The diplomatic pouch will be available. Please drop off you ballot at the US Consulate, Parkring 12A, 1010 Vienna by 4pm, December 7, 2020.

For detailed information on how to register and return your ballot go to: https://www.democratsabroad.org/jenniferrakowstepper/georgia_us_senate_election_jan_5_2021

Have questions? Need help? Go to one of the online forums for Georgia Voter Assistance: https://www.democratsabroad.org/at_events

Joe Biden will be the 46th President of the United States of America!! He has won the popular vote with 80.1 million votes and counting, the most votes ever received by any candidate in US history. Senator Kamala Harris will become the first woman and person of color to hold the Vice-President's office, "but won't be the last." The voter turnout in 2020 is projected to reach 158 million votes, or 66.8%, 20 million more than 2016. The 2020 election will go down in history as the highest voter turnout in over a century.

I want to take a moment to thank all of our members and volunteers who contributed to the Democrats Abroad election efforts this Presidential cycle. This colossal victory doesn't come without enormous effort from activities like each of you, who made calls in Austria and all around the globe, sent texts, wrote postcards, donated your euros, and spoke with your friends and family time and again about the importance of this election. Democrats Abroad was the margin of victory in flipping key electoral college states such as Georgia and Arizona and holding the blue wall in Wisconsin, Michigan, and Pennsylvania.

Not every fight this year was a victory. Democrats lost seats in the House. The Senate is still up in the air—however, two significant Senate seats were flipped, with the election of Mark Kelly in Arizona and John Hickenlooper in Colorado. Trump continues to undermine democracy out of delusional spite. We didn't win everywhere, but where we did win—thanks are very much owed. Above all, I'm most thankful that we will have competence back in the White House.

There's plenty to do in Georgia, and we will continue the fight for the Senate and beyond. For now, let's take a moment to celebrate our victory.

Phone banking works and our call hub activities may have had a significant impact on the 2020 election results. The DA global phone banking team currently consists of 1,600 volunteers who have made over 600,000 calls to more than 200 countries. Our DA Austria team had done 11,904 calls by election day. To illustrate this: our DAA phone bankers were online on call hub for a period of 583 hours and talked to people for 308 hours. 34 people in Austria helped make calls during this election campaign and our top five phone bankers each had more than 1,000 conversations with voters. The biggest highlight of our phone banking activities was the call-a-thon on Trump’s birthday with almost 9,000 calls. What a gift for the president. A big thank you to all of our phone bankers!

DA Austria would like to extend a big thank you to Laura Farmwald who did great work organising the Young Dems Pub Nights for the Youth Caucus over the past year. Many of you know Laura from the Global Presidential Primary where she registered voters, or perhaps from the 2019 Pride Parade which she co-organised. Laura needs to step down from her role due to a busy work and academic life. We wish her great success completing her Masters degree!

If you or someone you know is interested in building your resume and being a key component of DA Austria’s youth outreach, please contact me at: [email protected] 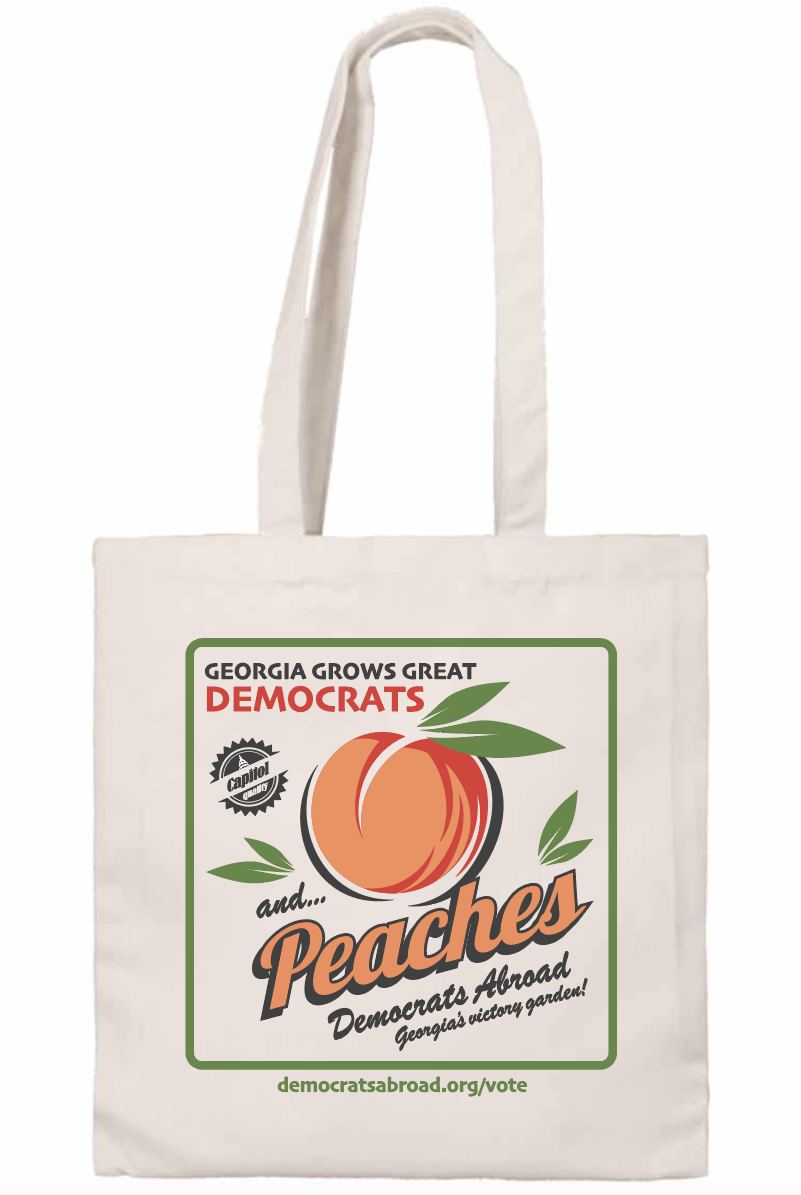 The impact of the work of Democrats Abroad has never been more apparent: 19,000 overseas ballots were the “margin of victory” for Biden’s 12,000-vote lead in Georgia. Our votes from abroad helped turn Georgia blue for the first time since 1992!

Two U.S. Senate seats will be decided in a January 5 run-off election that will oust Mitch McConnell and his plan to cause further gridlock. Joe Biden and Kamala Harris need and deserve a Congress that will work with them and for the American people.

If you are already stocked with plenty of Democrats Abroad gear, you can still help by donating directly: democratsabroad.org/donate. 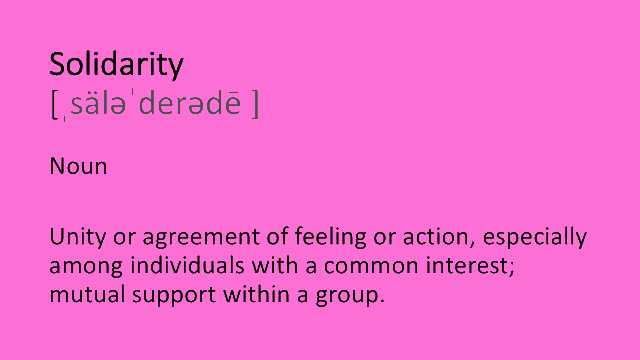 New Dealers in the '30s tried to save the economy, and ended up saving democracy. The nightmare of Watergate was followed by an era of reforms in federal and state governments. What might an era of economic and political reform look like after Trump?

Let’s be honest — America’s democracy is broken. The minority party routinely elects Presidents, controls state legislatures, and appoints federal judges — locking the majority out of governing. The hard-won Biden-Harris victory is critical to saving our system, but not enough to fix it.

Solidarity Sundays emerged as part of the civic movement inspired by Trump’s election. Our grassroots group was founded on the principle that democratic renewal takes more than one or two elections. At the last meet-up of the year, sixteen activists focused on rebuilding work that we can start in 2021.

Building starts with the foundation. Juan Cerda surveyed who voted in November, and why. Democrats embody America’s diverse majority, but the election revealed cracks in our coalition. These need attention if we are to expand on this year’s achievement, reassert majority power, and enact a fully progressive agenda.

Attendees then turned to the question on everyone‘s mind — where do we start? This was discussion at its finest. The team explored threats to our fraying democracy, and debated reforms small and big. Talk was lively, critiques incisive, ideas inventive. Juan and Tanya will do their best to shape the ideas into Solidarity Sundays' 2021 agenda. Check out the Solidarity Sundays Vienna Facebook page for how to drop in on the stimulating conversation, and add your ideas and muscle to the work of our generation.

Thanks for reading December's newsletter!