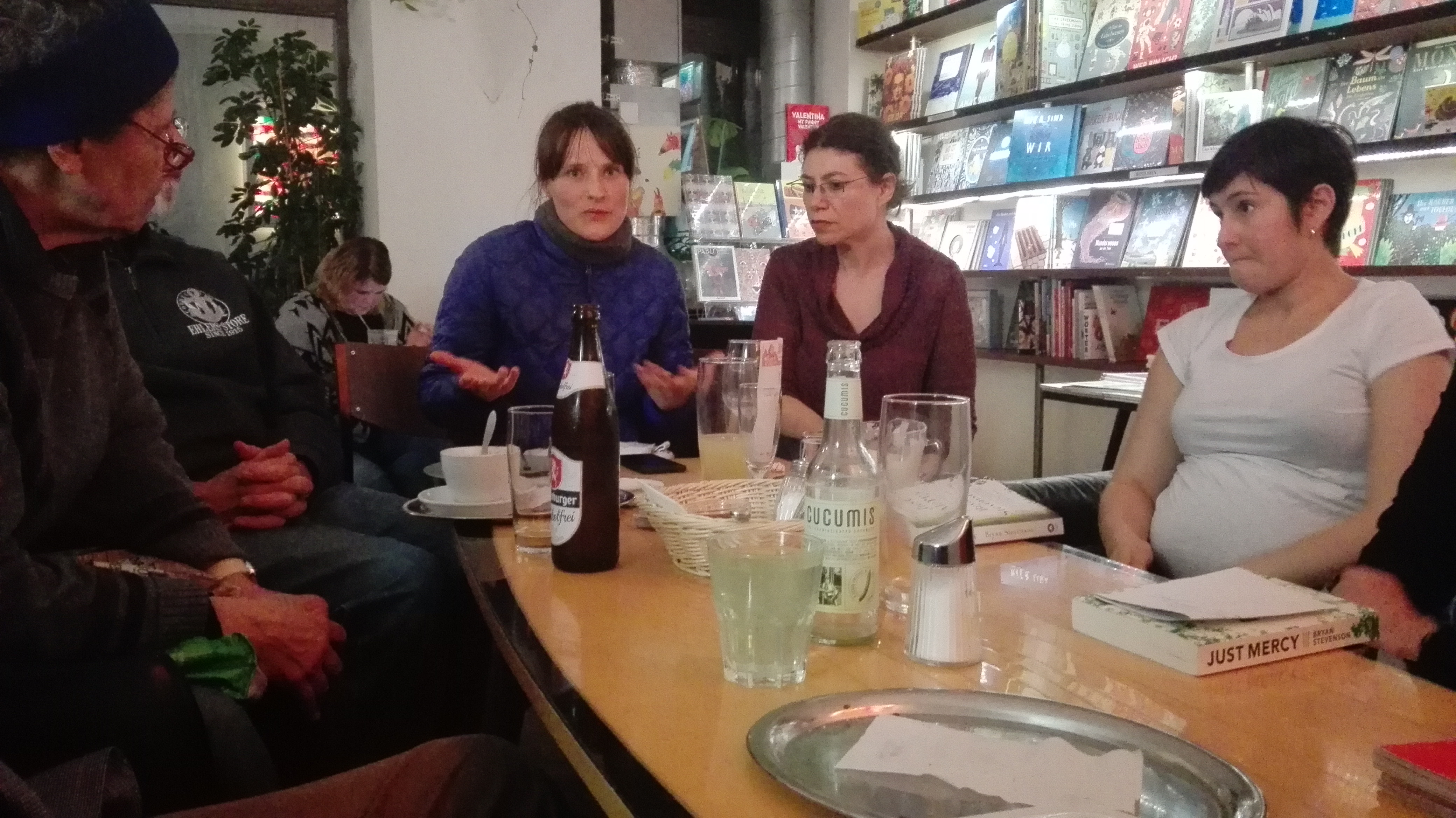 Democrats Abroad members enjoyed a light dinner at Cafe Phil before digging into the New York Times bestselling book Just Mercy: A Story of Justice and Redemptionby Bryan Stevenson. Excitement about the democratic candidates overshadowed the discussion of the book, but nevertheless, the group persisted. The group discussed the stories of the individuals that Stevenson and his dedicated legal team had helped by freeing them from lengthy prison sentences and even saving them from death by state sanctioned execution. The overarching story of Walter McMillian, who was falsely accused and sent to death row, was interwoven throughout the book. The sense of injustice increased as the group discussed the major factors Stevenson identified that have contributed to the large number of incarcerated Americans, including a lack of mental health services, the for-profit prison system, racial discrimination and poverty. Walter was eventually freed, but he would never be the same after losing six years of his life for a crime he had not committed. Even though the book concluded with Walter’s untimely death, the group was reminded that for every injustice, there are people like Bryan Stevenson and his staff at the Equal Justice Initiative who are working to bend the arc towards justice.

Come join us at Cafe Phil on Friday, May 10th at 7pm, where we will discuss The Fire Next Timeby James Baldwin. Please make sure to read the book so that we can all have a great discussion!