When the color of your skin is seen as a weapon, you are never unarmed

I want to preface by stating that I have respect for law enforcement. I understand the sacrifice they face every day by putting on that uniform and badge to serve the community. There are officers who swear an oath to protect neighborhoods and do so honorably: the “good” officers. However, the “good” police officers seem to remain silent when “bad” officers participate in misconduct, due to the “Brotherhood” mentality. For this reason, we must all be willing to share our experiences and ask the “good” officers, “Why won’t you help change the reputation that has hovered over law enforcement for centuries?”

Since 1963, the Los Angeles Police Department motto has been “To Protect and Serve.” Who are they serving? Who are they protecting? In 2018, I did not feel as if I was being protected by the individuals who swore to do just that. Instead I felt terrorized and feared for my life.

I was living in Hollywood, CA. I had just returned from a trip abroad and I was feeling sick. I decided to drive to the closest Kaiser hospital off Sunset. It was a Friday night, and I didn’t want to be out so late, and I certainly didn’t want to lose my parking spot - parking is terrible in LA and I had a BMW at the time. But I drove anyway, down Sunset Blvd., enjoying a warm night.

As I drove by a gas station, I saw a police car getting ready to exit. I said to myself, “Ahhh shit, here we go.” I didn’t do anything illegal; I just knew I was going to get pulled over.

After he asks to see my wallet, I tell him he can grab it. His partner told me I had to get it. I know they are unable to search my car without a warrant, but I felt my life was in jeopardy due to the officer having his hand on his side, ready to draw. However, I continue to insist they get my wallet as I stay facing the wall. He asks me where it was, and I tell him it’s in my passenger seat, but I’m not getting it. Finally, his partner agrees to get the wallet.

Once they run my license and registration and see I have no warrants and am not on probation, he says that I matched a description of someone stealing a car (I was wearing a red Beyoncé Coachella sweatshirt* with sandals and shorts). They then apologize and thank me for cooperating.

For about 7 minutes, I felt like my life could end at any moment. I drove off trembling and called my mom just to talk to her and hear her voice.

I thought of my mom, who had recently lost my Dad, her husband. I thought of my family and how they would have a “Justice for Christian Walker” movement. I even thought about someone checking my Facebook, seeing me flicking the camera off, and then creating a negative narrative about me.

I feared for my life. I was racially profiled because I was in a newer BMW and was wearing a red sweater.

My mom would’ve lost her husband and youngest son in the same year. I would’ve never been married, never had the opportunity to devote my time to the charity sector, and never had the opportunity to start my own family. My life and dreams would have been cut short. All because an officer was quick to judge me based on his prejudiced views and opinions.

Like many other Black men and boys, I go through so many scenarios on how to react if I’m pulled over and put in a compromising situation with police. It is not just with police, either. I have to consciously think of what to wear while I am grocery shopping, jogging, and even walking my French bulldog. I walk on the opposite side of the street as a woman when I am walking home, making sure I am not too close and not too far. I even make sure I walk on the side of the street where the streetlights are at their brightest.

That’s why we protest: we are tired. We are harassed due to the color of our skin, what we wear, drive and the assumption that goes: “He is young, Black, and he has nice things. He must be a criminal.” Or “This young Black man is walking behind me, so he must want to rob me.” 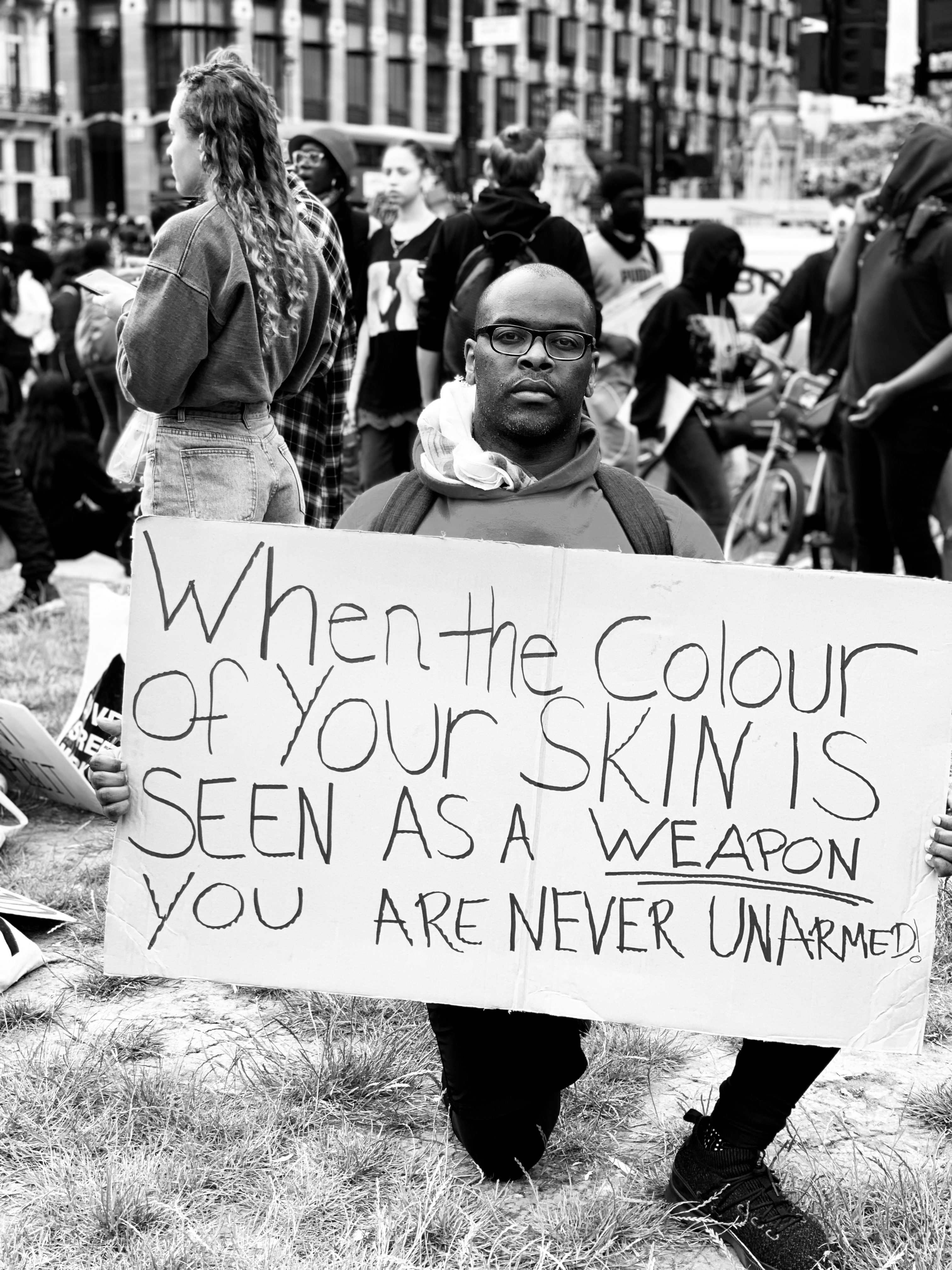 I had a Met Police (London police) officer tell me to my face that they would see me as the primary threat if I and I white guy my age and build were walking down the street at the same time. I asked why and he could not answer without sounding racist or prejudiced.

My Black skin is not a crime. Listen to what we’re telling you. We need structural change in America and throughout the world with regard to the way Black neighbourhoods are policed and monitored. As police, no matter where you are in the world, your job is to protect and serve our community, not terrorize and demean it.

*Remember that Beyoncé sweatshirt? I wore it again at the Black Lives Matter protest in Hyde Park, London on June 3rd. Below are a few of my impressions of that day. #BlackLivesMatter