For this month’s article, I had originally intended to speak to several LGBTQ+ organizations in France to learn about what projects they are working on in the midst of Covid-19. My meeting with the Spokesperson of the largest one, Inter-LGBT’s Clémence Zamora Cruz, happened to take place a few days after the murder of George Floyd. This tragic crime shifted the tone of our time together, and I have therefore decided to focus the article on Clémence, who has graciously allowed me to share her story as a trans woman, immigrant, and activist.

Her words have been translated from French. Additions by me are in italics. 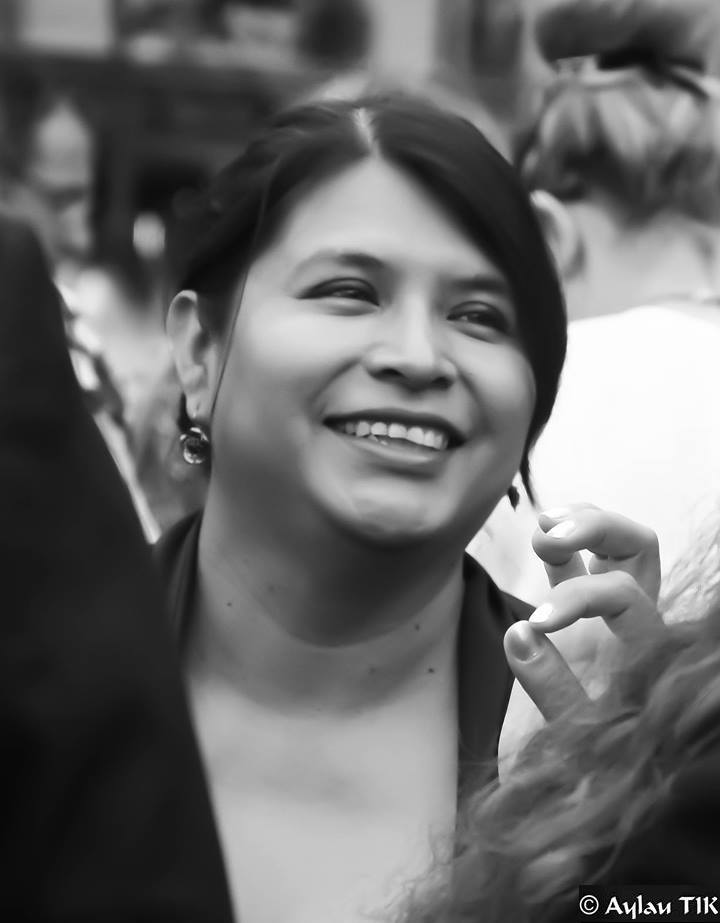 Clémence Zamora Cruz (CZC): “I was born in 1975 in Puebla, Mexico, assigned male at birth. I grew up as one of six children. At the age of four, I fled to New York City with my mother, who left my father because of abuse. We stayed in the US for eighteen months before returning to Puebla, but the time there made me aware of gender and identity. We were in a working-class neighborhood with many trans women and sex workers.”

Back in Puebla, Clémence’s life shifted at the age of six, when she came out as a trans person.

CZC: “I think I knew before six that I was a girl. My coming out shocked my parents and brothers. Their priority was about what was going to happen. Like, what were others going to say, do, or think? My parents put me in conversion therapy to ‘make me into a man.’ Anything feminine was scrapped from my life. Dance classes, gone. I was put in soccer lessons.”

Clémence became the victim of intense bullying at school at the hands of her peers, teachers, and the administration. Her family started being the target of harassment.

CZC: “At first, my family didn’t pay much attention. But the unending violence caused my family to turn on me. They saw me as the source of the problem, as opposed to society.”

Following a violent altercation with her father, Clémence ran away to Mexico City at the age of fourteen. She spent the next eighteen months living on the street. Her family was unaware of her whereabouts.

CZC: “Living on the street opened my eyes to discrimination affecting other minorities. It awakened my political consciousness. Because, even if I was a victim of transphobia, I had grown up in security: I wasn’t hungry; I had clothes; I had what I needed. Being homeless changed that, and I saw people kept in poverty because of their expression of gender or identity. I kept telling myself, This isn’t normal!

One day I was stopped by the police, and they sent me back to Puebla. I moved in with my grandmother, but eventually ran away to Queens, New York, where I had relatives. I started taking hormones at sixteen, which I got from the trans community in the city.”

Clémence only stayed five months in the US before moving back to Puebla for high school. It was there, in the early 90s, that she began protesting with liberal students.

CZC: “Students started demanding social justice and LGBTQ+ rights. We became the focus of police surveillance. A lot of people know about the student movements of ’68. But things aren’t documented after that. I was incarcerated many times. I endured torture. But there’s no proof.”

I asked if she had a specific memory from this time. She described an incident that occurred during a student protest in Puebla.

CZC: “I was with my friends, other students. We blocked off the main streets of the city and spread out. Our group headed towards a shopping center. We were quickly surrounded by police, who began beating us up. The officers separated us into two groups. And they forced my group to witness, to watch in silence, as they beat up the others. They made sure we were watching.

Many were taken by police and never heard from again. To this day we discover graves. And when this happens, I think, Is this one of the students?

In 1995, I began the process to leave the country. I had met a French man, and his job had taken him back to Paris. We decided that I would join him.”

I asked how she could leave Mexico, given that she was a target of law enforcement.

CZC: “It was dangerous. At the time, the Mexican army delivered the military card, which was necessary to obtain passports. In a way, the army could control who could obtain one. I think because I was labelled a political dissident, they wanted to get rid of me.

A few weeks before I left, an officer stopped me at a bus stop. He put his gun to my head. He told me not to worry, that the bullet wasn’t for me. It was for someone in my family if I didn’t leave Mexico. They knew what was going on.”

Clémence was granted entry into France in 1996, arriving on a student visa. While her initial months were filled with a sense of freedom, she quickly encountered transphobia.

CZC: “You know, I found out that in France, no one outwardly claims to be racist. But there are comments and actions that show otherwise. They are disguised.

Finishing my studies was a struggle. There was a lot of stigmatization at university. I’d have quarrels with teachers who would say the most transphobic things.”

Clémence graduated in 2001 from the Sorbonne Paris IV University, with a degree in Foreign Language Studies. She obtained French citizenship in 2004, an achievement that set her on a specific path for trans persons’ rights.

CZC: “At that time, having French citizenship and all my identity papers registered as assigned male at birth, I lived it as another violent act.

I was appalled that, in France, it was a legal requirement to provide proof of sterilization to request a change of gender.”

From legal precedents starting in 1992 and until 2016, France required trans persons to show, in a courtroom proceeding, sufficient “diagnosis of transsexualism” and provide proof of the “irreversibility of the transformation of their appearance” in order to be granted the right to modify gender.

CZC: “We were forcing people to sterilize themselves, even if they did not want to!”

On April 6, 2017 France was condemned by the European Court of Human Rights for its treatment of trans persons.

Clémence was one of the individuals who fought for legislation to change this abuse, and the law passed on November 18, 2016 declared that a minor or adult can request a change of gender before a judge, and that it would no longer be mandatory to “provide irreversible proof of physical transformation.”

CZC: “I wanted to change my papers for daily life. Imagine showing an ID card that says I am a man, although when I go for a job interview, I show up as a woman. My papers constantly ‘outed’ me. It’s a major barrier to employment. It is a huge factor creating financial insecurity for trans persons.”

Clémence’s request for legal recognition as a female was granted in 2011, five years before the law she fought to pass. Regarding the court hearing that is still required, she maintains her vehement criticism of the process.

CZC: “The entire thing is humiliating. The State Procurer renders a decision based on a personal concept of gender. It’s outrageous. We ask a trans person to prepare a dossier, and then the State judges based on gender stereotypes. Who has the right to say who is a man and who is a woman?”

Clémence continues to advocate for trans persons and the LGBTQ+ community. Since 2014, she has volunteered and continues as Spokesperson for Inter-LGBT, an umbrella association overseeing over fifty LGBTQ+ associations in Paris. 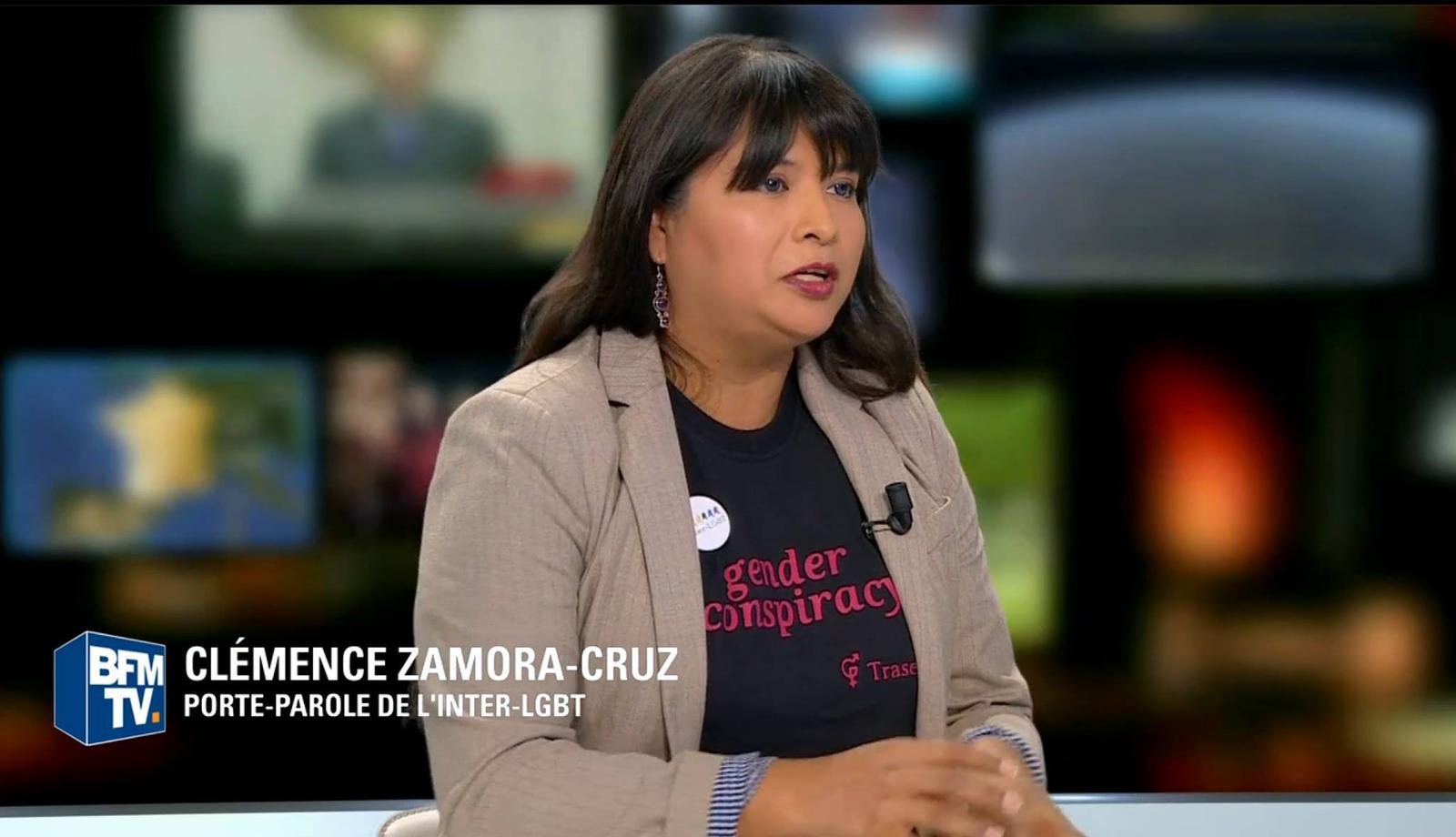 She joined the association Pari-T in 2018 as a volunteer and also devotes time to Au-delà du Genre (Beyond Gender). Both organizations seek to improve the lives of the trans persons living in France.

Today, Clémence has a good relationship with her family in Mexico. When I ask about the LGBTQ+ community in France, she talks about the current social climate.

CZC: “Sometimes, we do not show solidarity with other minorities. We speak out against discrimination affecting us, but we forget that we must combat all forms of discrimination! There isn’t a ranking! There shouldn’t be a sense of ‘We come first!’ What disturbs me is that we pray within our own parish. We don’t act up for others. 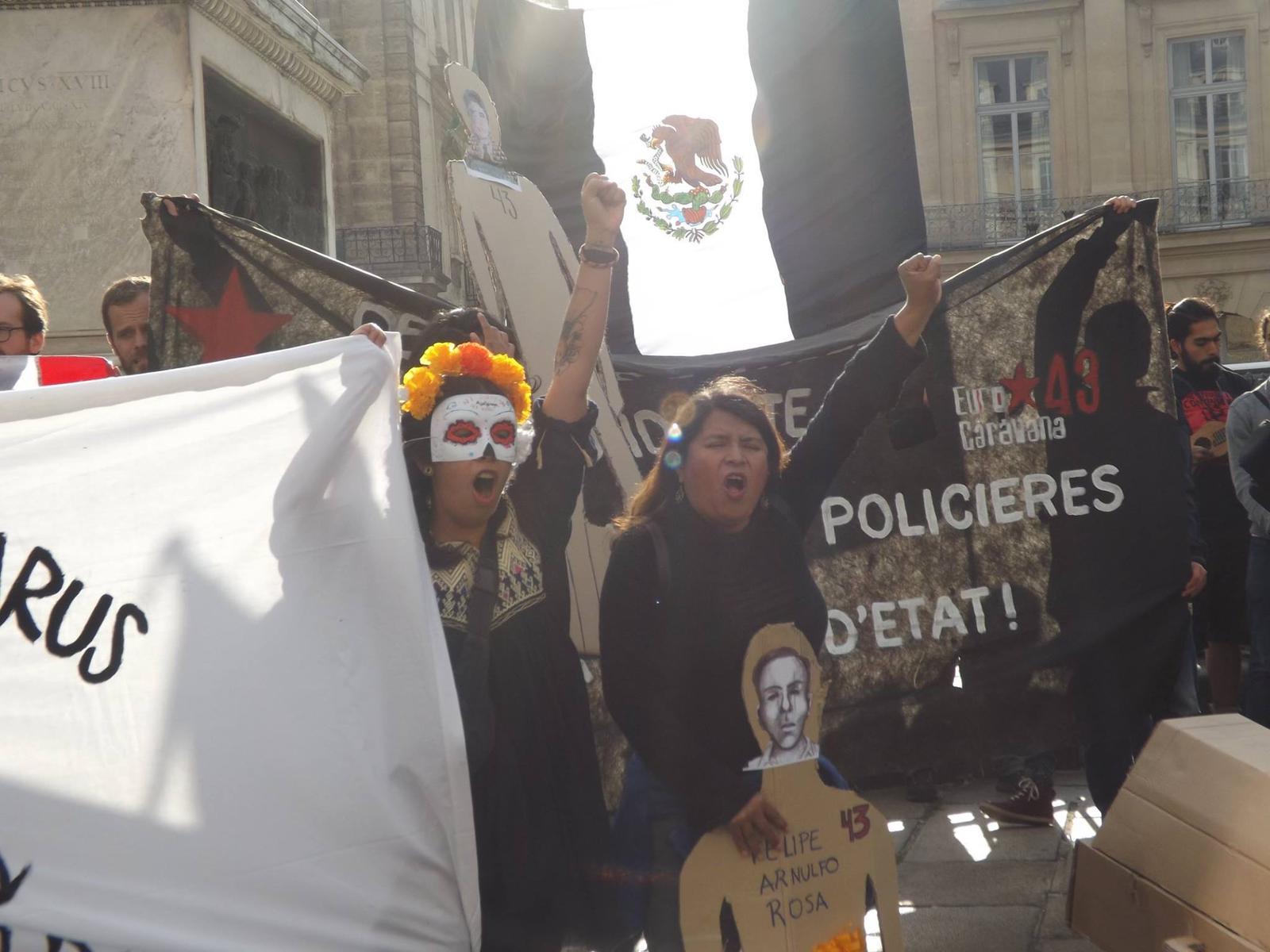 I closed our talk by asking if she was proud of any one accomplishment.

CZC: “I am proud of the 2016 law, even if it was criticized by some in the trans community and even if it is, of course, imperfect.

I am proud because I see the benefits. Children can now change their first name. And for a child, this makes a world of difference. It changes their horizon. It wasn’t the case for my generation, but it is for theirs.”

Clémence is a jubilant warrior. She radiates empathy. She shined a light on some of my own blind spots but did so in a way that makes me want to learn more. She included me in the discussion about a greater cause, an ability that is as inspiring as it is undervalued.

Her activism highlights that many of the recognitions and rights being demanded by LGBTQ+ groups in France are similar, if not identical, to those being fought for in the United States. Her message reminded me that as an American living abroad, taking action in my adopted country can play a role in a global movement, reflecting the change I hope (and vote) to see in the US.

As I left the interview, Clémence said to me, “I am really honored by this opportunity. Honestly, there are others who should have their moment, too.”

Thanks to her, I bet that many already have.