Bringing Together Progressive Americans Across the Globe

“France for Bernie is my political and organizational home,” said John Esteban Rodriguez, a researcher, interpreter, English teacher, and progressive activist based in Marseilles, France. 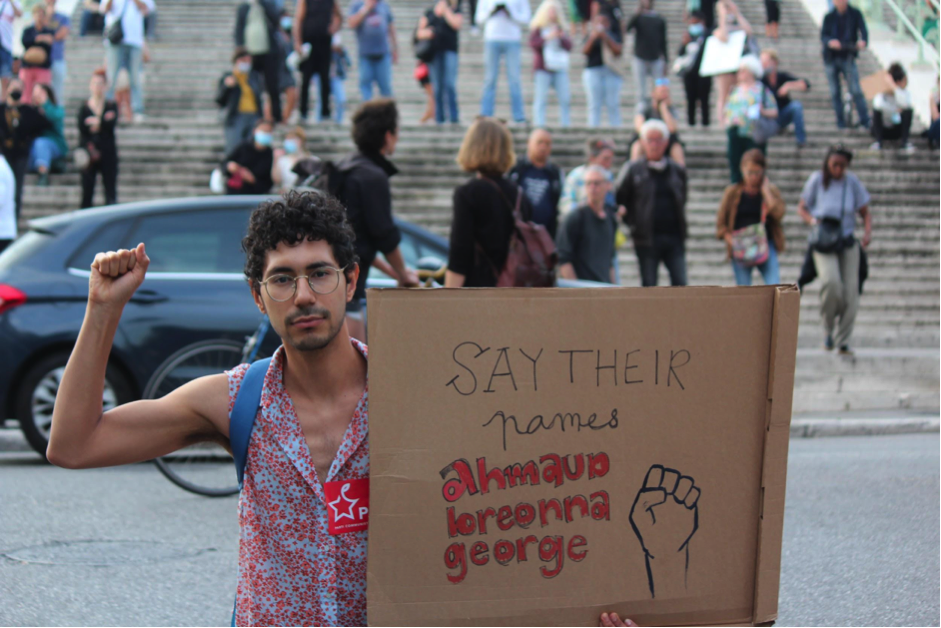 After an early childhood in Colombia, Rodriguez moved to Savannah, Georgia at the age of seven. He later earned a B.A and an M.A from the University of Georgia in literature, spent a year in Jordan learning Arabic and working with refugees, then moved to Washington, D.C to work at an immigration law firm. Eventually, Rodriguez’s desire to further pursue social sciences earned him a Fulbright fellowship to Paris’s School For Advanced Studies in the Social Sciences in 2017, and he’s been in France ever since.

Today, Rodriguez works with the The French Institute of Demographic Studies adapting French surveys to Anglophone speakers as part of a national study called “Trajectories and Origins.” These surveys covers several aspects of everyday life, such as health, discrimination, and other topics, while considering national and religious backgrounds. Rodriguez previously worked as a caseworker for French asylum seekers, processing their intake and assisting with their applications. In July he’ll begin an internship with the French National Center for Research Studies.

Rodriguez is passionate about enacting change in the United States. During the 2020 Democratic Primary, Rodriguez worked with France for Bernie, organizing Americans in Paris and Marseille to vote for the progressive cause. He’s also set to begin leading a progressive book club this July with Democrats Abroad in addition to his current elected role as a voting representative with DA France. And, in the United States, Rodriguez canvassed for Bernie in South Carolina in December of 2019.

“It was great to be a part of a satellite international organizational project,” said Rodriguez.

“Democrats Abroad are attuned to the failures of the American government, and we often look to Europeans as models” Rodriguez said. “But we should be paying attention to instances in the EU where nations, choosing to serve capital, make policies that lead to the rollback of workers’ protections and the dismantling of the social welfare system by targeting vulnerable populations first.”

Looking to the future, Rodriguez hopes to expand progressive organization efforts to include calls for the abolition of police and prisons and form transnational alliances with local anti-racist French activists. However, there are challenges: Americans in France are dispersed, he says, and progressives are especially so. Additionally, the rise of COVID-19 made organizing a logistical struggle. But social media has been a valuable tool in making progress.

“We need to organize with other Americans,” Rodriguez said. “We have to lift up unheard voices and rebuild society around principles of compassion, peace, and dignity."