Shevrin Jones is the first black LGBTQ+ person to serve in the Florida Legislature. He was first elected to his state House seat representing Broward County in 2012, and came out publicly in 2018. Unable to run again for his seat due to term limits, he now has his sights set on the Florida Senate. If victorious, he would become the first out LGBTQ+ person elected to serve in the Sunshine State’s upper chamber.

Jones, a native of Miami Gardens, Fla., is the son of Eric Jones Jr., the current mayor of nearby West Park. He’s a former high school chemistry teacher, executive director of the AmeriCorps program Florida Reading Corps, and the founder of the South Florida Youth Summit, the largest gathering of young people in South Florida. 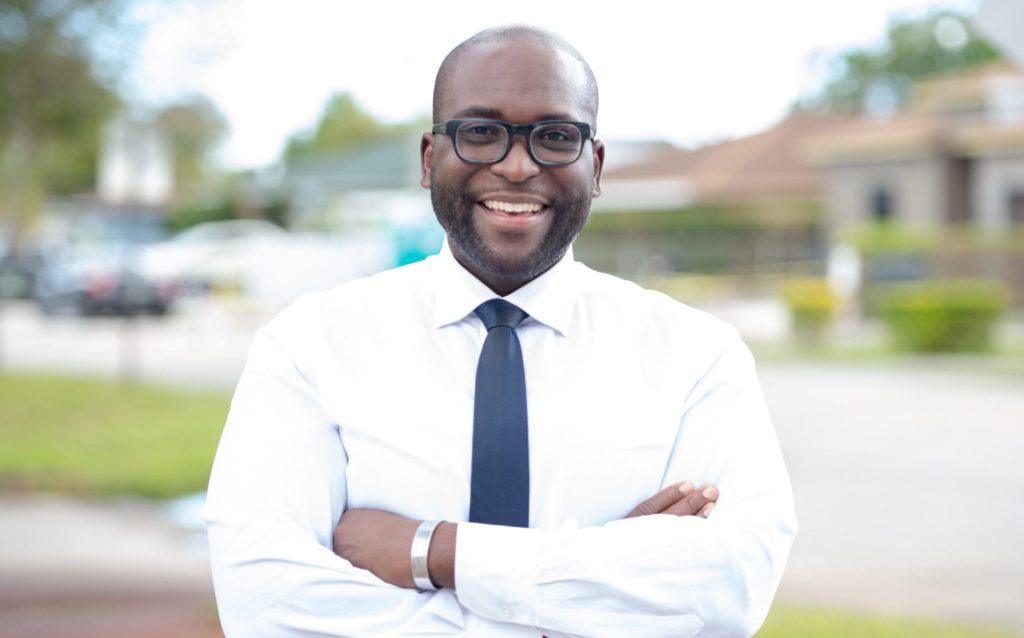 “As a Florida House representative, I’ve never stopped fighting to ensure the prosperity of Florida’s families and communities,” Jones says. “I firmly believe we can do more to protect our public education system. We can do more to keep dangerous weapons off our streets while preserving your rights. We can do more to support Florida’s critical industries and provide opportunities for gainful employment with a quality wage for Florida’s residents. Our government can and should work for the people. As senator for Florida’s 35th District, I will continue to fight for our needs, advocate for equal and fair treatment, and always put people first.”

“This is the people’s movement,” says Jones. “Join us.” For more information, please visit his campaign website.