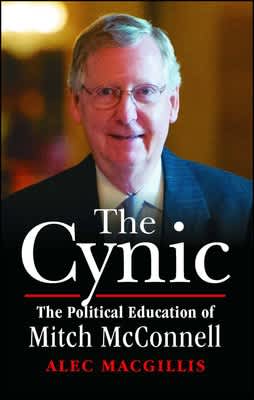 Cynicism is the voice of the defeated who cry out that 'nothing matters anyway'. It is the cry of the coward who refuses to take up the fight. It is the argument of the privileged loser, he who knows that his body and his life and his livelihood will be safe when evil blows in.People who fight for what they believe in cannot be cynical: they know that who wins and who loses matters.

Trump's supporters weren't cynical. They were fanatical. They know that politics isn't a game and it matters who sits in the president's chair. We lost 2016 for many reasons, but one reason was because too many of us thought that Clinton, with her decades of experience, was somehow the moral equivalent of Trump. Trump! Trump the fool, Trump the coward, Trump the megalomaniac! How bad must our cynicism have gotten if we could look at Clinton and think that she was somehow as ill-suited as Trump? How lost must we have been?

Death to cynicism, death to irony and to sarcasm, death to all that numbs the people of the world! The awake do not go meekly to the slaughterhouse, the alive do not succumb to paralysis, and we do not cede the field of battle while there is still a war to be fought!