Kristi Holmes Espineira's Democratic Party roots cross generations. Growing up, both her parents were professional educators with a strong commitment to working in economically disadvantaged communities with the long term goal of improving American diversity. Throughout the 60s, her mom helped to transition recently integrated schools; her dad worked directly for the Colorado River Indian Reservation in Arizona. Kristi's parents did not regard their work as "political party activism," per se. Rather, their goal was simply and literally to "do what was right." The intrinsic importance of diversity and equality was regularly the focus of dinner table conversations. Kristi's mom remains both socially and politically active today. Among Kristi's favorite "mom" memories is attending together a Barack Obama rally in 2012 and marching together in the Women's March in 2017. 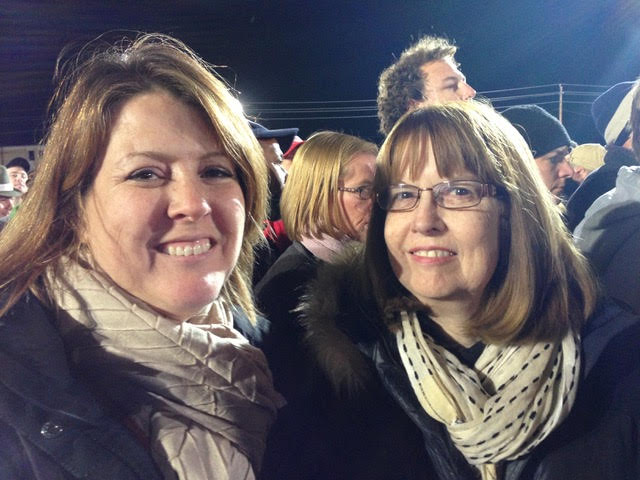 Following in her parent's footsteps, Kristi brought her sense of activism to Porto, Portugal last September. She readily responded to the lead organizer for DA in Portugal's request to organize a screening of “The Brink,” a movie about Steve Bannon’s right-wing political activities in Europe. Despite not knowing anyone in town, within three days, she put together a well-attended event that was, amazingly, also attended by the film's director, Alison Klayman, who just happened to be in town. It was a wonderful launching that set the stage for registering close to 40 new voters in Porto's subsequent global presidential primary, an impressive number for a relatively small expatriate community.

Kristi reflected on the successes of those initial events as ... "pretty great." And ... we agree! Bravo!