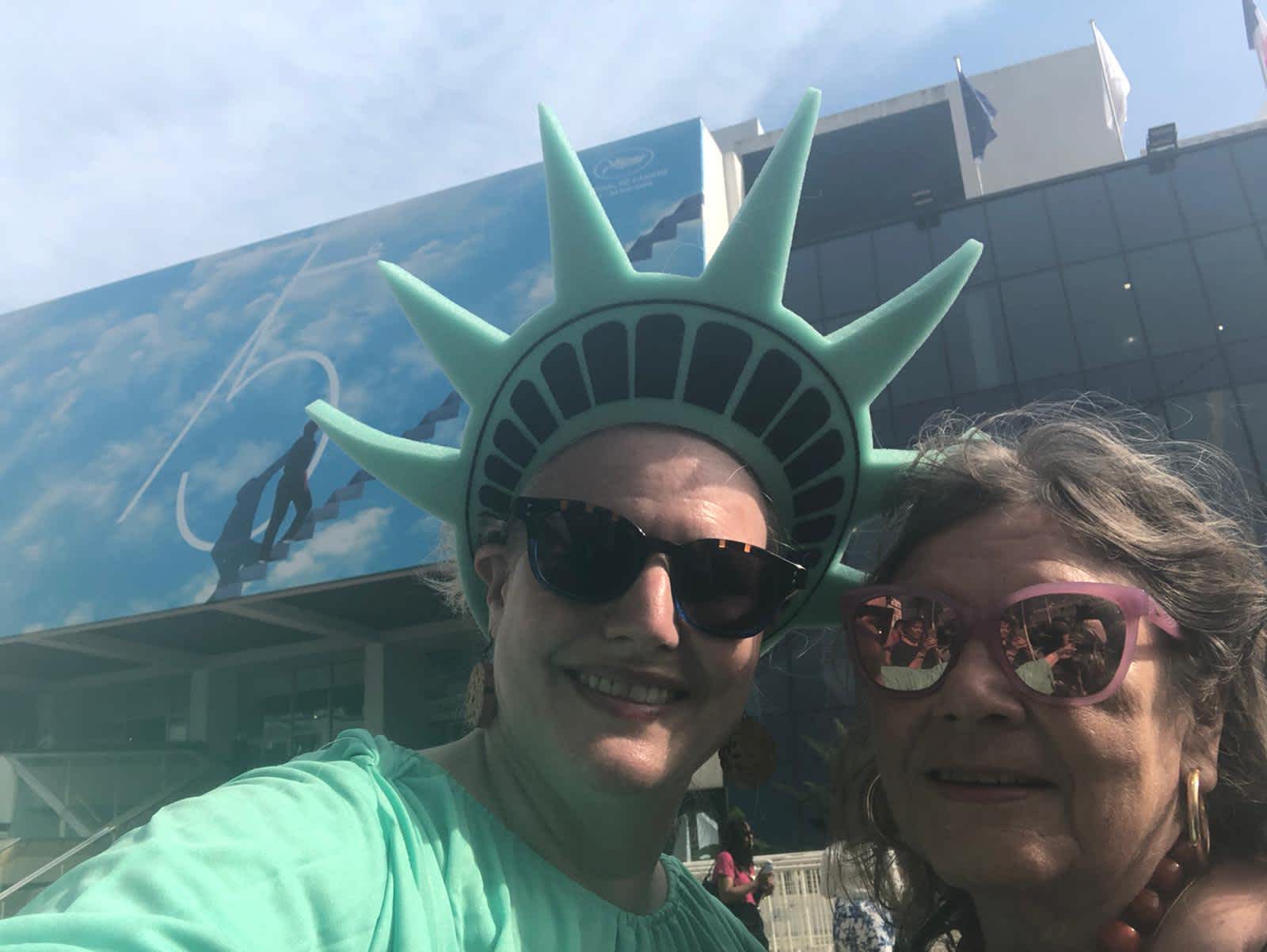 The Democrats Abroad France Riviera Chapter had its first outing with our new Statue of Liberty costume at Day 2 of the famed Cannes Film Festival (Festival de Cannes). Lady Liberty, purchased to raise awareness about voting from abroad, and her colleague both had Vote From Abroad cards pinned to our attire (thanks, Cynthia!) so the VFA website would show up in every photo. 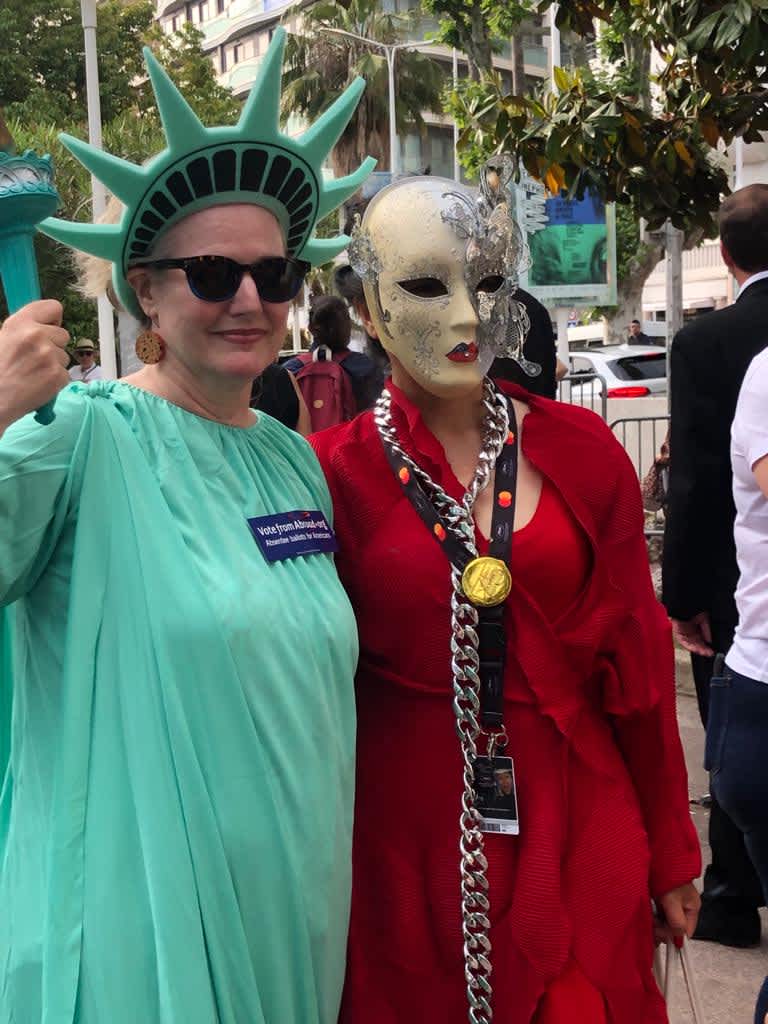 We were met by a very enthusiastic crowd—we took photos with dozens of people and were also approached by news outlets for photos and interviews. The only downside was the apparent lack of Americans present, but we passed out VFA cards to tourists and locals alike to give to their American friends resident in France. The Statue of Liberty costume was a huge draw and received a lot of attention, and we look forward to chapter members wearing it to events all summer and fall to remind people about voting from abroad.