Leading the Way with the ERA 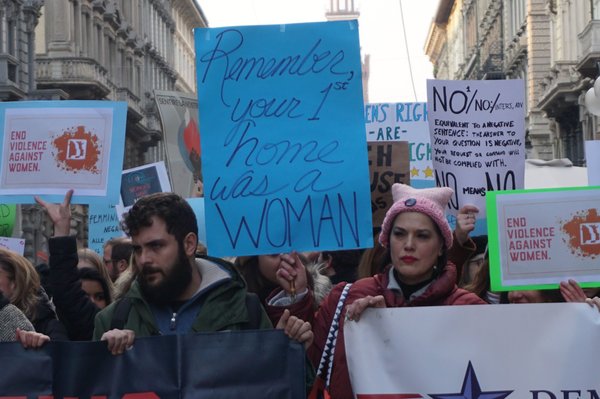 “Why do they call it ‘Apollo 11’ when we’re going to the moon, not the sun? It should be named after Artemis, Apollo’s twin sister, Goddess of the moon” I asked my science teacher in front of the class. I was twelve, and puzzled how scientists could make such an obvious mistake. “Well, maybe you should write them to ask!” she replied. So I did. And they surprisingly answered. Unfortunately their generous packages the following two years were lost in the many moves we made. However I do remember their answer didn’t really stand up to my expectations. Why did they name the space program Apollo instead of Artemis? Well, I looked it up today. Abe Silverstein, who was the Director of the Space Flight Development proposed ‘Apollo’ “because it was the name of a god in ancient Greek mythology with attractive connotations and the precedent for naming manned spaceflight projects for mythological gods and heroes had been set with Mercury.” So Artemis didn’t measure up? With today’s clear vision, we know why it wasn’t called Artemis 11. Men were in leadership and women weren’t. Men were astronauts, and women weren’t. No representation, and a lack of recognition, appreciation, value and equality for women- although it was a woman, astrophysicist Katherine Johnson, who got the Apollo 11 mission successfully to the moon and back that July 1969. I understood at a young age that the patriarchy excluded women, exploited women, held them back, and were blind to their contributions and potential- which is precisely why we need the ERA. It is simply not fair, or just, when women’s efforts, excellence and equality aren’t recognized, they’re continually denied their place in history, and their value and contribution is undermined as “less than”. Without the ERA as the 28th amendment of the constitution, there is no gold standard for women. Statistics show the chance of women winning legal cases today is comparable to a coin toss, a 50-50 chance. With the ERA in the Constitution, women’s equality and protection under the law increases to 80%. It wasn’t until 1983 that NASA allowed female astronauts. And it wasn’t until 2017, low and behold, NASA started an International human spaceflight program called Artemis. Apollo 11 on the moon in 1969, Artemis in 2024. Fifty-five years later, a female spaceflight will finally get to the moon. Why did NASA choose Artemis for the name? “The name is very symbolic, because Artemis was the twin sister of Apollo, whose name was called the first lunar mission of the USA. In addition, the choice of the goddess is associated with the intention to land the first female astronaut on the Moon in 2024.” Nice recovery. Recognition, Appreciation, Value, and Equality, #RAVE, four gold standards women deserve.  Theresa, living in Italy, voting in state of Washington