DA Italy members were present at the Sicily-Rome American Cemetery in Nettuno, Italy, on Saturday May 28 to honor the fallen on Memorial Day. Helenka Kinnan, DA Italy Secretary and Vice Chair of the Southern Italy Chapter shared that the Sicily-Rome American Cemetery is a peaceful and moving memorial to our fallen heroes that should not be overlooked if you are visiting the Rome area. It holds a special place in her heart because she is named after the wife of her grandfather’s good friend who is memorialized in the chapel dedicated to the Missing in Action for those lost between Sicily and Nettuno-Anzio (1943-44). The theme of the ceremony was the spirit of friendship and cooperation between the United States and Italy. Ambassador Cindy McCain gave a moving tribute to the close ties between our two nations, exemplified by the Brothers in Arms statue. Click here for information about the American Battle Monuments Commission and a booklet describing the Sicily-Rome campaigns. 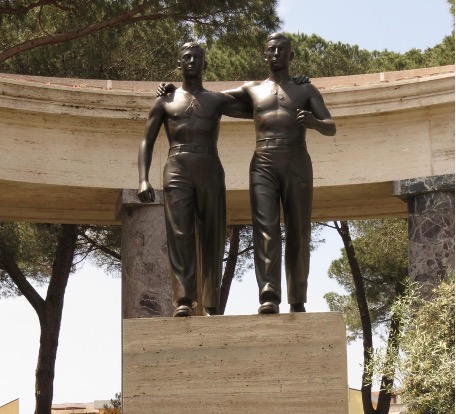 Tre' Shawn L. Griffin-Noordermeer, Chair, Democrats Abroad Netherlands, shared Memorial Day events in the Netherlands with us. The night before the ceremony there was a Memorial Eve dinner with a group of veterans who had come into town for the May 29th Netherlands American Cemetery Memorial Day ceremony in Margraten where they were honored by the Prime Minister. 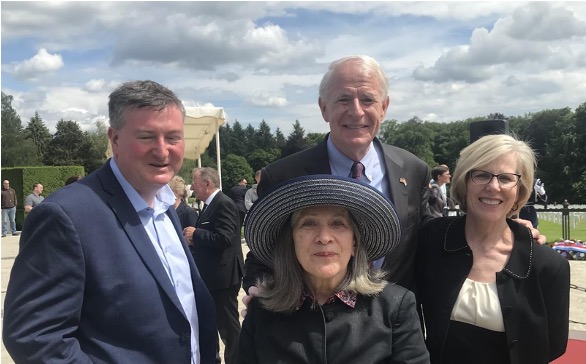 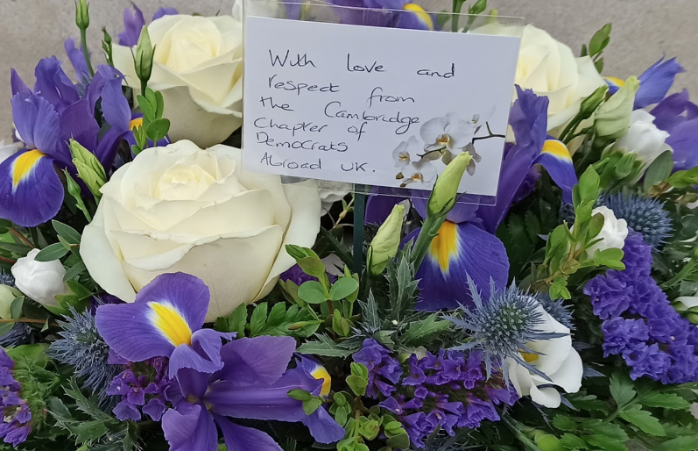 DAUK Cambridge Chapter presented a wreath at the Cambridge American Cemetery on May 30, 2022. Among those memorialized on the Cambridge Wall of the Missing are Glenn Miller and Joseph P. Kennedy, Jr, the older brother of President John F. Kennedy.

To honor the memory of the WWI and WW2 veterans on Memorial Day 2022, DAF-VMF members participated in ceremonies with French authorities and U.S. military commanders, laying wreaths at 10 of the 12 American Battle and Monuments Commission (ABMC) cemeteries in France that are the final resting places for 60,660 deceased and 7068 missing in action. The DAF Toulouse Chapter participated in the organization of ceremonies in the Tarn that commemorated the 80th Anniversary of the Office of Strategic Services. (See VMF June Spotlight) 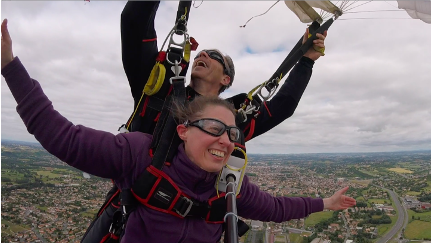 “The parachute jump was spectacular, exhilarating and a life-changing experience. We had about 35 seconds of freefall and then about 5 amazing minutes under the parachute. It is a very easy and safe sport, and I had a wonderful tandem instructor who did all the real work, so the only challenge about jumping is overcoming one’s own fears. The first few seconds of freefall are, well, breathtaking… there are no words to describe that extraordinary sensation. Then it turned into pure exhilaration and was extremely fun. My mother was one of the first women skydivers in Canada. Thank you to the organizers of this memorial weekend event for giving me the opportunity to fulfill this lifelong goal!” 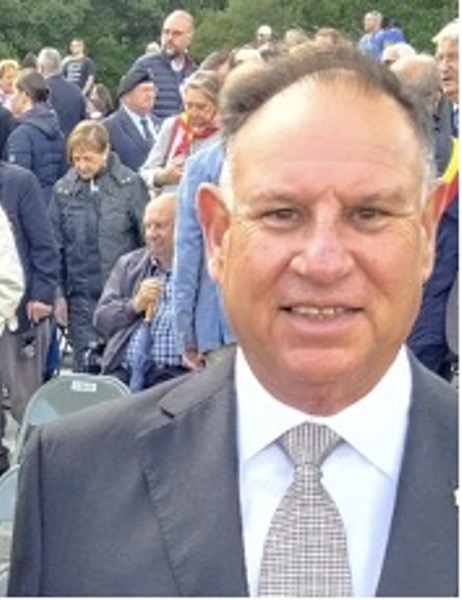