We, the people, strive for perfection

To form a union, both peaceful and strong,

How prescient our fathers on reflection

Were, as they strove for Blessings to right a wrong.

We are free to worship as we so please

And can say what we want, freedom of speech

Right to redress, no matter what the need

Freedom of press, government can not breach.

People have the right to keep and bear arms

But also the right to liberty, life,

Our fellow citizens we must not harm

But we live an endless, ignoble strife.

We must come together, as once before

And rid our nation of this senseless gore.

“The world is too much with us,” notes Wordsworth.

“Getting and spending” our lives we fritter

“It’s not too late to seek a newer world”

Even in a place where “doves cry,”

“When in disgrace with fortune and men’s eyes”

I pick a fig from my father’s tree

So not to “suffer heaven with bootless cries”

I will not stop for death, though it will “stop for me.”

Keep on truckin’; we owe it to our heirs.

We’ll keep our heads “when all … are losing theirs”

Found poems take existing texts, refashion them, reorder them, and present them as poems.

The literary equivalent of a collage, found poetry is often made from newspaper articles, street signs, graffiti, speeches, letters, or even other poems.

Is a phrase the school children never hear

We’ve lost our hope and are programmed to fear.

Yet, consider, on this Fourth of July.

Our moms and dads from the old country came

Their trades, expertise once easy to ply.

Even now the summer of our discontent

Some forge ahead in hopes of better days

And will never give up, never relent

Although for all the efforts, little pays.

Hard to strive amid such disunity

My country, land of opportunity? 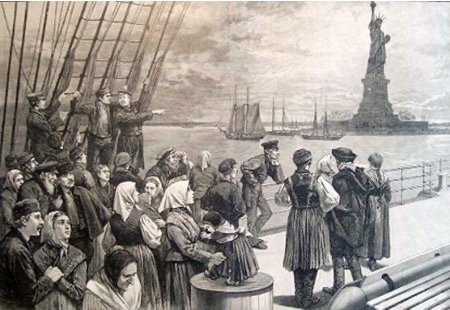 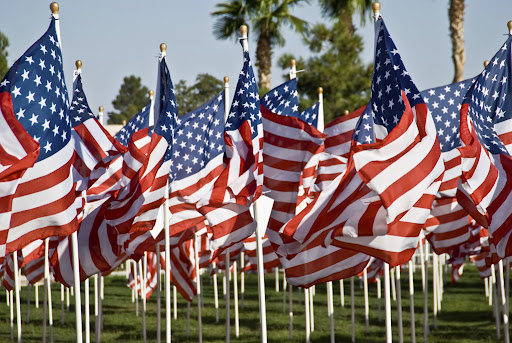 Red is for valor while white is for truth,
Blue signals justice, the marks of our flag.
An idea grew in 1885
Thanks to Bernard Cigrand, the father of this day,
Who taught his pupils to honor our
Old Glory that was commissioned
By the Continental Congress. Then with
Woodrow Wilson all came to fruition
To observe Flag Day. Years later Congress
Held sway, proclaiming June 14, a holiday.
A herald for truth, liberty, Justice for all
Let us fly her proudly and prove her a boon
In hopes that the lofty vision for our country
Is not mere words, but realized soon.

“Sweet and fitting to die for one’s country,”
Says Horace, ironically echoed
By Owen, who so much did disagree.
Even Ernest Hemingway plainly showed
Futility of war and its great toll
Gathered in Flanders Fields where many lay.
Remarque’s teacher his students did cajole
To take up duty, arms, instead of play.

Dulce et decorum est, pro patria
Mori; as if we’ve learned nothing yet
Denizens repeat the old, old story…
As widows cry we express regret
As once again on Memorial Day
We come around to barbecue and pray.

This month’s poem was sent in by a reader.
written in 1958 it was one of the first poetic responses
to the first ever use of an atomic bomb,
when the author first read it at New College in Oxford the crowd threw shoes at him.
If it looks too long an audio version is linked at the end.

Budger of history   Brake of time   You   Bomb

Do I hate the mischievous thunderbolt   the jawbone of an ass

And hath not St. Michael a burning sword   St. George a lance   David a sling

Scores and scores   A fumble of humanity   High heels bend

Ladies not knowing what to do   with their shopping bags

Ritz Brothers   from the Bronx   caught in the A train

soon to sink in arctic snow

Penguins plunged against the Sphinx

The top of the Empire state

arrowed in a broccoli field in Sicily

the temples of ancient times

walking the dolorous gulf of Arcady

with a hymnody feeling of all Troys

and yet knowing Homer with a step of grace

Lo the visiting team of Present

the home team of Past

Lyre and tube together joined

Ethereal root and cheer and boo

The Spitball of Buddha

Come with thy gown of dynamite green

Before you the wimpled Past

behind you the hallooing Future   O Bomb

Bound in the grassy clarion air

thy field the universe thy hedge the geo

The stars a swarm of bees in thy binging bag

Stick angels on your jubilee feet

wheels of rainlight on your bunky seat

You are due and behold you are due

and the heavens are with you

over its long long dead Nor

From thy nimbled matted spastic eye

spew birth-gusts of of great worms

along the brink of Paradise

both sun and firefly behind your shock waltz

beneath His thin false-talc's apocalypse

He cannot hear thy flute's

He is spilled deaf into the Silencer's warty ear

His Kingdom an eternity of crude wax

A thunderless God   A dead God

O Bomb   thy BOOM His tomb

That I lean forward on a desk of science

an astrologer dabbling in dragon prose

That I am unable to hate what is necessary to love

That I can't exist in a world that consents

That I am able to laugh at all things

knowing my words to be the acquainted prophecy of all men

and my unwords no less an acquaintanceship

That I am manifold

a man pursuing the big lies of gold

or a poet roaming in bright ashes

or that which I imagine myself to be

a shark-toothed sleep   a man-eater of dreams

I need not then be all-smart about bombs

Happily so   for if I felt bombs were caterpillars

I'd doubt not they'd become butterflies

There is a hell for bombs

They're there   I see them there

They sit in bits and sing songs

and they wish there were more songs

an Eskimo song   I love thee

I want to put a lollipop

in thy furcal mouth

A wig of Goldilocks on thy baldy bean

and have you skip with me Hansel and Gretel

along the Hollywoodian screen

O Bomb in which all lovely things

O fairylike plucked from the

O piece of heaven which gives

both mountain and anthill a sun

I am standing before your fantastic lily door

Reputed cosmetics from the girls of heaven

Welcome me   fear not thy opened door

nor thy cold ghost's grey memory

nor the pimps of indefinite weather

in the dark pocket of Light

Fermi is dry in Death's Mozambique

a barnacled wreath on the moon-squid's head

Let me in   Bomb   rise from that pregnant-rat corner

nor fear the raised-broom nations of the world

O Bomb I love you

I want to kiss your clank   eat your boom

You are a paean   an acme of scream

a lyric hat of Mister Thunder

the tail the fin the wing

Yes   Yes   into our midst a bomb will fall

Flowers will leap in joy their roots aching

Fields will kneel proud beneath the halleluyahs of the wind

Yet   not enough to say a bomb will fall

or even contend celestial fire goes out

Know that the earth will madonna the Bomb

fierce with moustaches of gold

Please send poetry submissions for the May issue to:
[email protected]