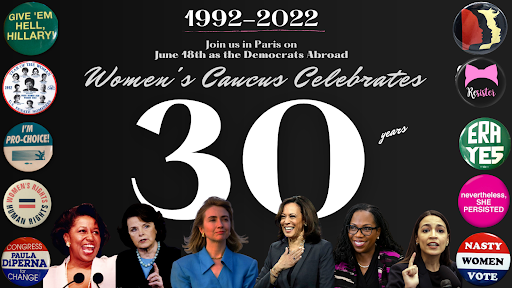 Climate and Women
by:  Angela Fobbs

Good Afternoon, I am here to talk about the climate catastrophe we are experiencing and why it is imperative that women take the lead on climate action and change. There are fewer women in the oil and gas industry than in almost any other major industry; only 22%. This is not a coincidence; I don't think this destructive and violent field isn’t compatible with our nature.

Climate change is real. Some doubt this fact, but for millions, it is a hard reality that is a destructive force in their lives. Our species is facing droughts, floods, hail, and other extreme weather events; we are at level of climate collapse worse than most scientists predicted. We must ramp down fossil fuel use as quickly as possible.

The concentration of greenhouse gasses in the earth’s atmosphere is increasing the temperature on earth. The concentration has risen steadily since the Industrial Revolution. Approximately two-thirds of greenhouse gas is carbon dioxide (CO2) which is largely the product of burning fossil fuels. While methane, the primary component of natural gas, is responsible for more than 25 percent of the climate change we are experiencing today. It is a powerful pollutant with a global warming potential over 80 times greater than CO2 for 20 years after it is released into the atmosphere. For some, this means the temperature is higher, for others it is lower, and for many, it causes extreme weather like floods or fires.

It is a dangerous myth that we can’t solve the crisis. That is not true. A wide range of technologies is available to reduce emissions. Examples are improved efficiency, storing carbon, and renewable energy solutions. These technologies have already been implemented at an industrial scale. We have tremendous means to reduce our carbon pollution and avoid dangerous climate change. We need to avail ourselves of every means, utilize every technology, and take every measure to avert further catastrophe.

If humans were a rational species, speeches like this wouldn’t be necessary. But, alas, far too many people don’t think the situation is real, urgent, or dire.  I hear too many people say things like “the next generation will fix it” or “I’ll be dead when that happens”. Or “I can’t or won’t make changes to my life”.

The floods, hurricanes, and other unusual weather depicted in the video running behind me are merely a portend of what we face if significant action is not taken. Everyone who hasn’t yet needs to wake up to the reality that our species is facing extinction.

So, Why do women need to take the lead?

When we speak of women and climate change, what is the first image that comes to your mind? Is it a woman living in the 3rd world fighting to keep her family alive? Or is it someone like us, living in the western world and enjoying all the fruits of our society? For most, it is the first image but good on you if you thought about people like us. We are in just as much peril as women are in poorer nations.

There are so many things women have to fight for: reproductive rights, equality, and democracy to name a few of the big ones and I must add one more thing to our plate.

We need to expand the definition of feminism to include climate action. The climate emergency, if not curtailed, will derail our rights, our democracy, and our future. The climate crisis is not gender-neutral. Climate change is a powerful 'threat multiplier," compounding existing vulnerabilities and injustices. Under conditions of poverty, women and girls face a greater risk of displacement, death, early marriage, and sex work. Like poverty, weather catastrophes create conditions where those in power take advantage at the expense of the vulnerable. So, in very real ways, the climate emergency thwarts the rights and opportunities of women, girls, and non-binary people.

It is up to women to save our own lives and our species. We need to make our governments act! Many of us have children, grandchildren, nieces or nephews, or know bright young people. It is wrong to think young people will save us. We, the mothers, grandmothers, aunts, friends, and allies have the power to change things right now.

We need to look to Australia. Earlier this year parts of Australia were devastated by heavy rains and terrible floods. Last month after women stepped up to run for election and worked to get out the vote for candidates who wanted to take action on decarbonizing their economy, they ousted their climate-denying Prime Minister.

Some women are working on climate change while others are concerned with other important issues. All woman need to be concerned about climate change. It is up to us to save our species. We need to force our government to act! We have to work together and make this happen. We need to change the way we weld our power because we are a force to be reckoned with when we understand and use our power with purpose.

We have 143 days until the midterm elections. I know most of our members have not requested an absentee ballot for the midterms. Do you want Republicans to be in charge when there is a crisis? Please don’t wait any longer. Make sure your voting-age children are registered to vote. Ask 5 people you know who didn’t vote in 2020 to vote. Make sure all your democratic or independent friends, acquaintances, colleagues, and family vote.

We need to turn out the vote like we did to defeat Trump. It is time to defeat the rest of the treasonous, fascist, racist, misogynist, homophobic, climate-change-denying Republicans. Together we can win the midterms.

Our earth is a wondrous and magical place. It has provided everything we need, want, and desire. Our planet is filled with so much beauty, so many amazing animals, and amazing people. Like the 4500 years old pyramids at Giza, humankind has created so much. We cannot destroy our home because we can't stop doing something that will kill us; burning fossil fuels.

All power to the people. Let’s Decarbonize our society and let’s save humanity. Vote for democrats in 2022.