Pathways to Safety International: When leaving is the only option 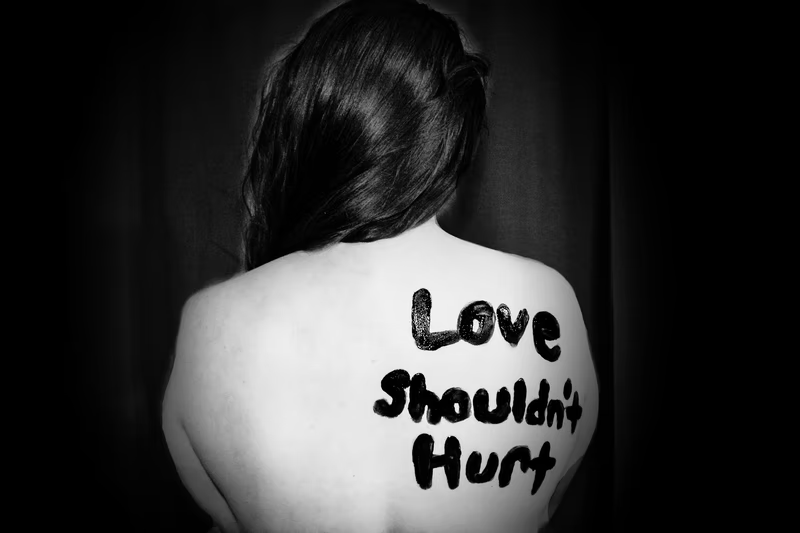 One night in 1998, Paula Lucas made a desperate promise: God, if you help me get out of here, I will help other women in the position I’m in right now. Lucas, an American citizen living with her Lebanese husband in Abu Dhabi, UAE, had tried before to escape the escalating threat in her abusive marriage. She was frightened not just for herself – “I was close to death at one point” – but for the safety of her three young sons. But that night, through what Lucas calls the intervention of “angels” – a pickpocket who stole her husband’s passport while he was on a European business trip, delaying his return – she was able to locate the boys’ hidden passports, cash a check and flee.

The return to family in Oregon, however, was nothing like the respite she’d hoped for. With her husband in pursuit, threatening to kill her and claim custody of their sons, Lucas and the boys lived for a time in women’s shelters. Yet her promise held. “I was talking to everyone I met in the shelters,” she remembers. “Like this is ridiculous, this shouldn’t be happening to women.” Some kindly reminded her that probably what she needed was to find a job. But Lucas knew even then that this would be her job: Helping Americans living and travelling abroad break free and find justice from gender-based violence. “I was obsessed,” she says.

Setting up the agency that would become Pathways to Safety, while still on the run, required focus, plus a few more angels along the way. Lucas met the founder of Voices Set Free, a non-profit helping women in prison for killing their abusive spouses; she met social workers, lawyers and activists. Eventually these efforts paid off in grants to fulfill Pathways’ mission to provide tools and resources for women in situations like the one Lucas had to navigate on her own, in a country not her own.

Getting help in a foreign country brings extra challenges from language to legal differences – in the UAE, for example, rape victims can be punishable under the law – to cultural stigma to limited access to bank accounts.

What about support from one’s own embassy? “Homeland Americans don’t get it,” says Lucas. ‘Why don’t you just go to the U.S. Embassy?’ they ask. ‘They’ll help you.’ That’s the Hollywood version.” The version Lucas heard when she went multiple times to the embassy in Abu Dhabi, was, ‘If we report this, Paula, we’ll create an international incident.’ I was naïve in thinking, I’m American; my kids are American. We’re protected.”

The creation of an agency with the necessary global reach took ongoing funding, both private and governmental. Between 2010 and 2013, Pathways to Safety was funded as an initiative through President Obama, followed by a five-year grant through the Department of Justice’s Office of Victims of Crime to support survivors of domestic violence and sexual assault. But five days before it was up for renewal in 2017, Lucas got a letter from Jeff Sessions, the new Attorney General. There would be no more money. “They were concerned about our ‘progress,’ says Lucas. “At that point we were in the middle of helping between 400-500 victims around the world.”

Pathways continued to cut overhead, but in May 2019, “We had to shut everything down.” (Information, referrals and the most essential service of all -- emotional support -- are still available.)  What hasn’t shut down, however, is Lucas’ resolve to resurrect the agency in some form, possibly making greater use of virtual services. The issues and the urgent attention they require haven’t gone away, especially in the time of COVID, which Lucas says “has only emboldened abusers.” She’s not going away any time soon either.

To learn more about Pathways to Safety, go to: https://pathwaystosafety.org

Why stay? There are always reasons

If one has never been abused, it’s nearly impossible to understand why anyone would stick around, accepting the unacceptable. It’s complicated, is the only answer.

Love, the thing that makes the world go ‘round, can be paralyzing. Survivors remember the promising beginning, when the partner was kinder, gentler. Most victims don’t want the relationship to end. They want the abuse to end.

Terror works. Abusers are good at instilling a sense of foreboding, that what might happen next will be even worse than the terrible present. Things only escalate when a survivor attempts to leave.

Money, if one has no access to it, does not make the world go ‘round. Abusers may tightly control household income, destroy a survivor’s credit history and forbid working outside the home.

Isolation – a disconnected phone, no contact with friends and neighbors – ensures that no one outside knows what’s going on inside.

Not him! If the abuser is a high-ranker in the community – religious leader, politician, doctor – it will be harder to convince others that this person is capable of domestic violence. Abusers can be charmers, “great people.”

Shame flips blame to the victim, eroding a sense of self and identity, distorting cause and effect.  It’s the end product of ongoing abuse.