Reflections. One Year After RGB’s Death 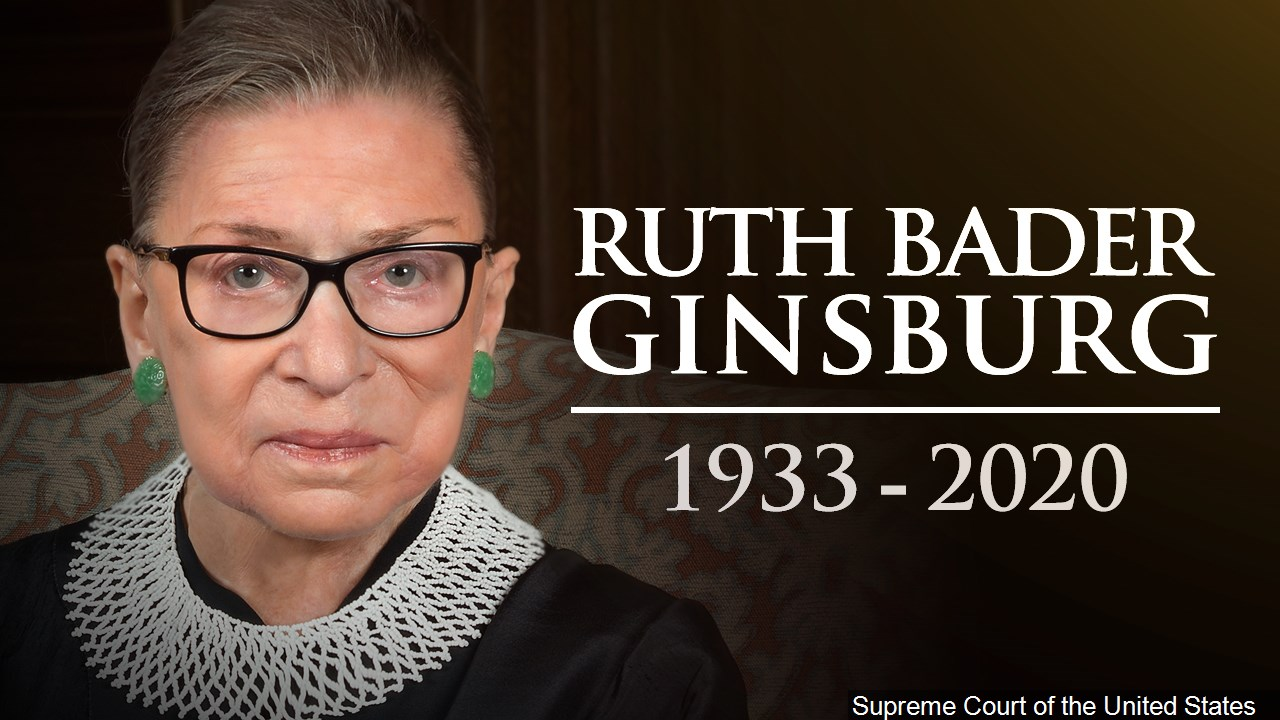 September 18th marked one year since Ruth Bader Ginsburg passed away. Most of us deeply, deeply identified with feminst writer Rebecca Traister, who clutched a glass of wine and held back tears live on MSNBC as she was asked to comment on what the justice’s death meant.

It was, for many of us, a rhetorical question. We knew that reproductive rights were deeply threatened already. We knew that the court had already gutted the Voting Rights Act. We knew that then-President Trump and then-Senate Majority Leader Mitch McConnell were poised to jam through new justice before the election. We all dreaded what the Supreme Court would do, or not do, without RBG.

A year later, it’s, unfortunately, as bad as we thought. Justice’s Ginsburg’s death made it essentially open season on reproductive freedom and women’s rights. At the end of August, the Supreme Court allowed a Texas law that effectively ends legal abortion to go into effect. Five of the Court’s conservative, anti-abortion justices wrote a single parapgraph declining to overturn the law, even though it is clearly unconstitutional. And Texas isn’t alone. Mississippi passed a 15 week abortion ban in 2018. Lower federal courts blocked the law, but as Mississippi intended, the case made its way to the Supreme Court. After Justice Ginsburg died and was replaced by Amy Coney Barrett, the Attorney General of Mississippi amended its brief to directly ask that both Roe v. Wade and Planned Parenthood v. Casey be overturned. The Court agreed to hear that case in December. If the Texas decision is any indication, the Court will try to find a way to overturn 50 years of precedent and rule that people in the U.S. have no constitutional right to an abortion.

Conservative states aren’t waiting for the Court though - legislators in at least seven states (Arkansas, Florida, South Dakota, South Caroline, Kentucky, Louisiana, Oklahoma, and Ohio) have already signaled they intend to introduce copycat bills of the horrific Texas law. Other legislatures will likely do so when they come back into session in 2022. But 2021 was alarming enough - more abortion restrictions (90) were enacted than in any year since Roe v. Wade was decided in 1973. In July, the Guttmacher Institute said it was “Already the Worst Legislative Year Ever for U.S. Abortion Rights.”

Naturally, these restrictions fall disproportionately on women and communities who are already underprivileged and marginalized. Black people, brown people, Native people, LGBTQ+ people, undocumented people face structural barries to accessing abortion, and these laws make it even harder for them. There has always been, and will always be abortion in the United States, regardless of what the Supreme Court says, and who sits on it. However, the Court, and the Justices matter a great deal to who can safely and legally access abortions. It is why we all texted each other the same one word when RBG died. That is, until and unless the right to abortion is codified in federal law.

That bill now exists - The Women’s Health Protection Act passed the house in September and moves on to a Senate vote. It faces tough opposition in the Senate from anti-abortion conservatives - have you contacted your Senator to tell them you support the bill?

Obviously, pro-choice advocates aren’t sitting back and watching these restrictions happen, nor waiting for laws to pass. They (we) have been, and are doing everything in their (our) power to protect women and defend reproductive freedom. A gynecologist in Texas announced that he performed an abotion in violation of the law, and said he was ready to face the legal consequences (and hopefully overturn the law). Abortion funds in Texas and across the country have been mobilizing, fundraising, counseling, and supporting people who still want and need abortions. Litigation and advocacy groups are mobilizing in every state to overturn these laws.

Justice Ginsburg’s death was a blow to reproductive rights. We knew it at the time, and we know that the restrictions that have sprung up in the year since will certainly be followed by more. We also know that the work she started was nowhere near finished when she died. Hopefully, her legacy inspires us to continue to defend and expand the rights she dedicated her career to establishing. It is up to us to make her memory a revolution.

And pack the Court! 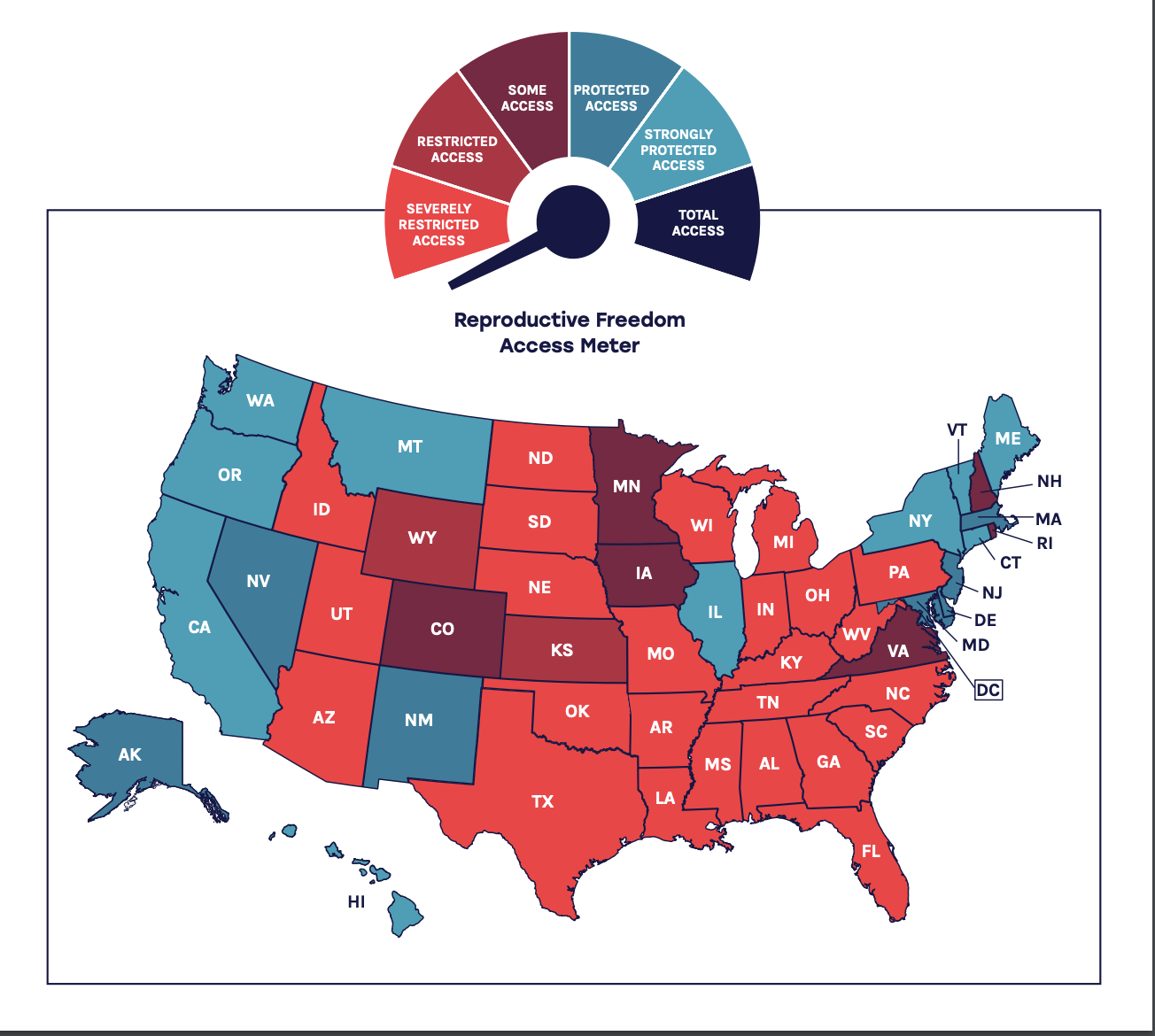