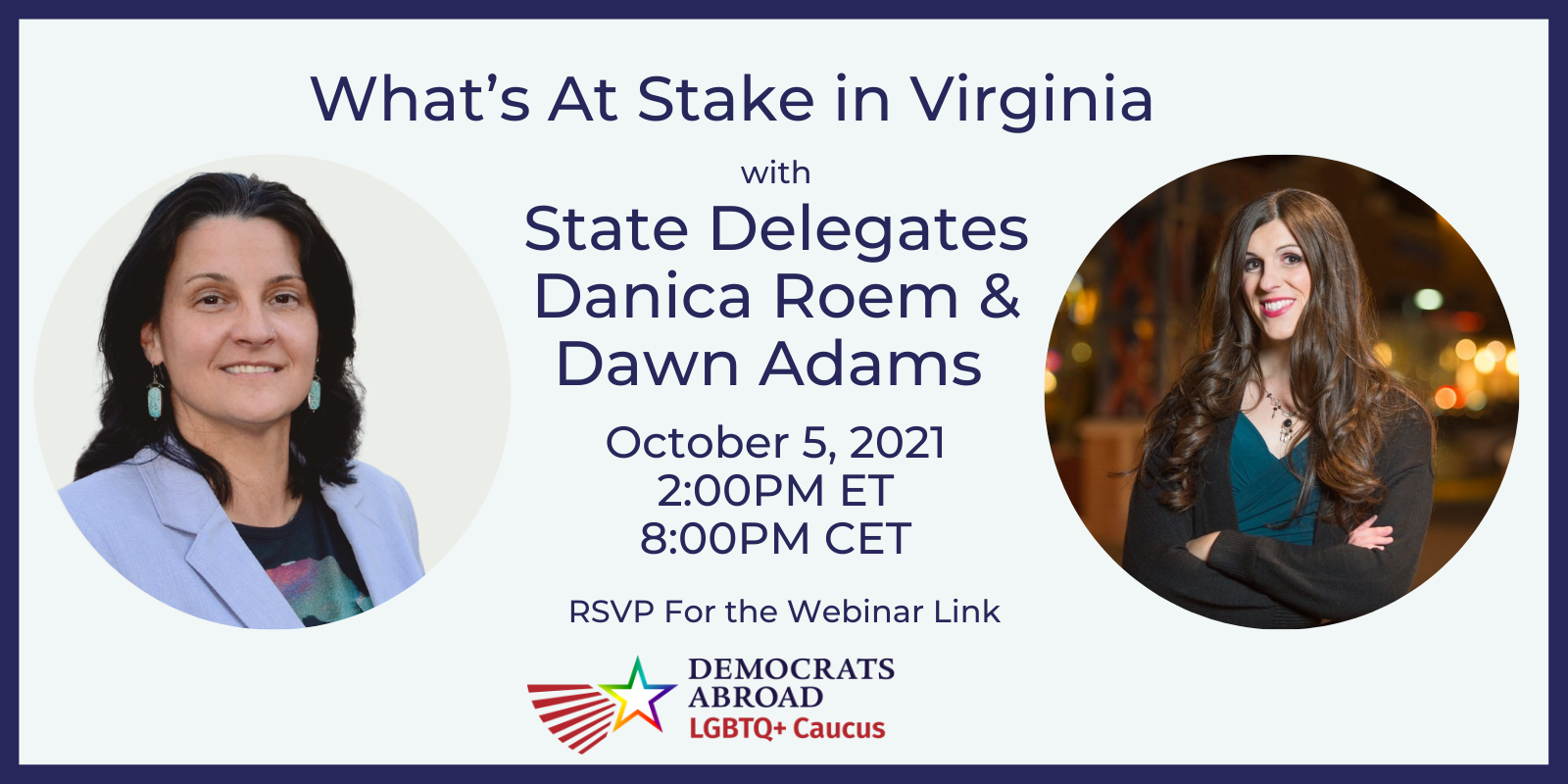 Voting is already underway in the Virginia elections. Democrats famously lost a tied race for control of the House of Delegates in 2017 in a heartbreaking coin toss. While tied races are unusual, they drive home that every single vote counts and can swing an election.
Join Democrats Abroad’s LGBTQ+ caucus for a report from the ground and Q&A with Danica Roem of Virginia's House of Delegates on Wednesday, October 5 at 2PM ET, 8:00PM CET.
Virginia state Delegate Danica Roem represents the 13th District of the Virginia House of Delegates as the first out-and-seated transgender state legislator in American history. Elected in 2017 and re-elected in 2019, Delegate Roem is a 36-year-old step-mom, former newspaper reporter and lifelong resident of the Prince William County part of Manassas. She was one of 23 Democrats to flip state legislative seats Red to Blue between 2017 and 2019, allowing Democrats to reclaim the majority in both chambers for the first time in 20 years.

During her two terms in office, the governor of Virginia has signed 23 of Delegate Roem’s bills into law, including eight to prevent school meal debt shaming and three to protect LGBTQ Virginians. Her top priorities including fixing Route 28, raising teacher pay and making Virginia a more inclusive commonwealth.

Delegate Dawn M. Adams is a doctorally prepared nurse practitioner with nearly thirty-five years of diverse clinical and administrative health care experience. Dawn was first elected to the House of Delegates in 2017. She is the first (and only) openly lesbian legislator and openly LGBT representative from outside of Northern Virginia in the Commonwealth’s 400 year history. Her legislative focus is Healthcare, particularly around issues affecting elderly and vulnerable populations, and creating solutions to increase access and drive down the cost of care.