Introducing the Tax Simplification for Americans Abroad Act of 2021 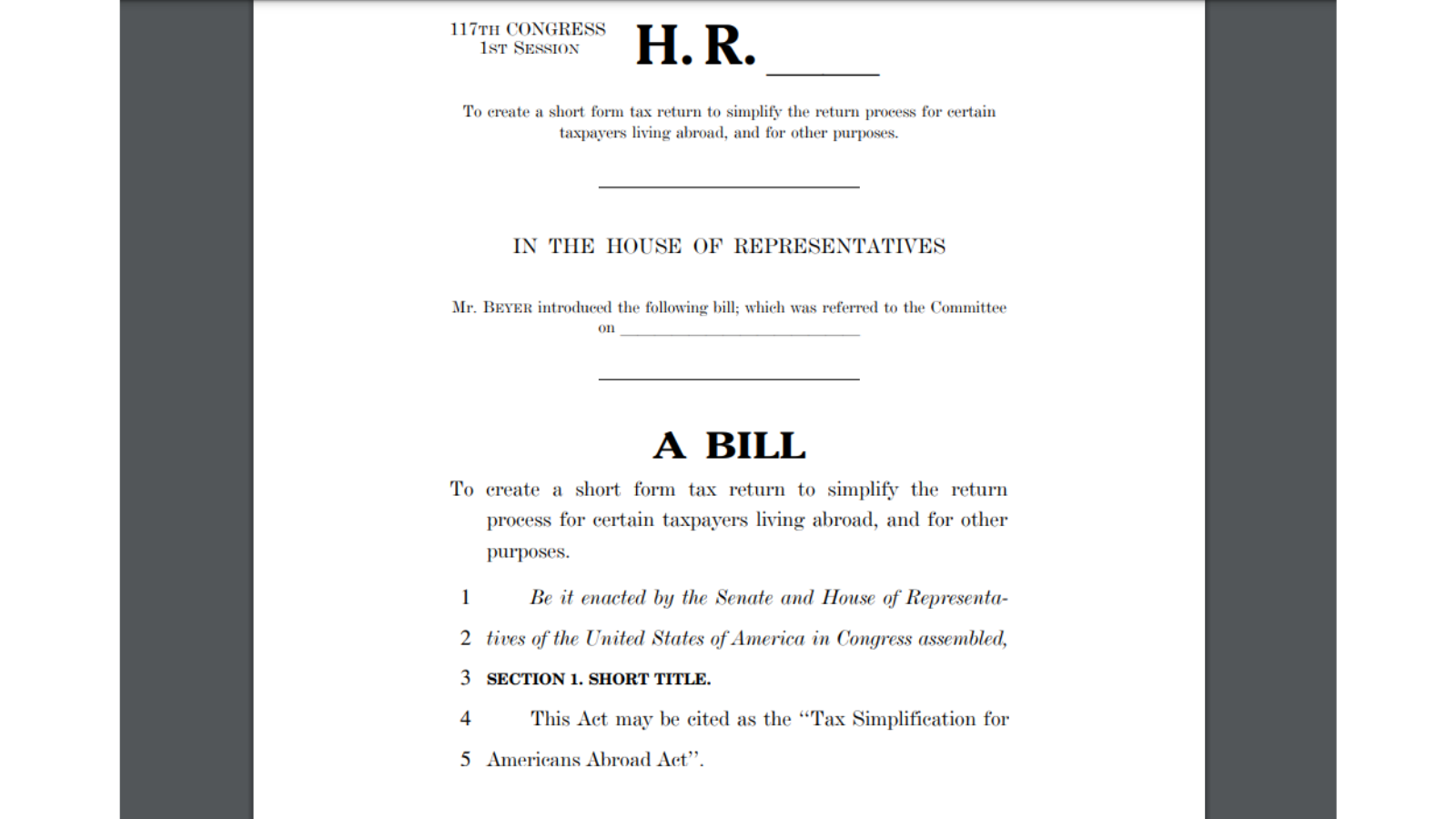 Democrats Abroad thanks Rep. Beyer for his leadership on this legislation and for his on-going support for the Americans abroad community.  We are grateful for his determination to help us create a reform that would provide consequential tax relief for the majority of non-resident taxpayers in these complex and challenging times for creating policy.

The bill calls on the IRS to create a new, short form tax form for Americans abroad who satisfy certain criteria.
The reform:

This bill is a great milestone but the provision has not been included in the House version of the Build Back Better Bill.  We are working to persuade the Senate to include it in their version of the BBB Bill so that it can be enacted into law this year.

Tax reform will happen when enough Americans abroad contact their members of Congress and demand it.  We encourage you to reach out to your Representative and Senators to ask for their support for this provisions and for it to be included in the Build Back Better Bill.