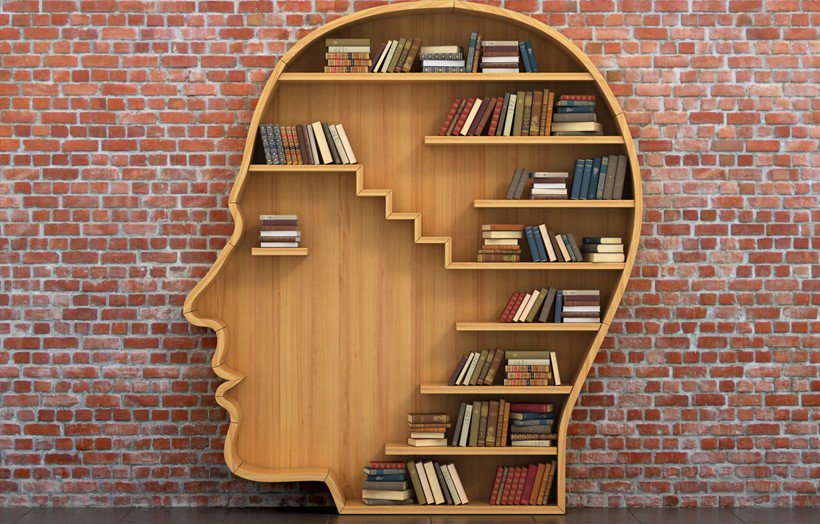 It’s been an hectic and chaotic year which at times might have left you wondering what is really going on. There are a lot of actors who are working to change America and our government into something regressive and cruel.  Here are 18 books you might want to read over the holidays and beyond to help you understand what’s going on with our country. The more knowledge all of us have, the more able we will be to aid in the #Resistance and help plan a better future. The book are listed in no particular order. Linking to Amazon does not represent an endorsement by Democrats Abroad or Democrats Abroad Germany. It’s just convenient. Please buy books from any bookseller you prefer. Enjoy reading and happy holidays.

1. Wrapped in the Flag: What I Learned Growing Up in America's Radical Right, How I Escaped, and Why My Story Matters Today by Claire Conner

A narrative history of the John Birch Society by a daughter of one of the infamous ultra conservative organization’s founding fathers.In Wrapped in the Flag, Claire Conner offers an intimate account of the society —based on JBS records and documents, on her parents’ files and personal writing, on historical archives and contemporary accounts, and on firsthand knowledge—giving us an inside look at one of the most radical right-wing movements in US history and its lasting effects on our political discourse today.

2. Democracy in Chains: The Deep History of the Radical Right's Stealth Plan for America by Nancy MacLean

An explosive exposé of the right’s relentless campaign to eliminate unions, suppress voting, privatize public education, and change the Constitution. Behind today’s headlines of billionaires taking over our government is a secretive political establishment with long, deep, and troubling roots. The capitalist radical right has been working not simply to change who rules, but to fundamentally alter the rules of democratic governance. But billionaires did not launch this movement; a white intellectual in the embattled Jim Crow South did. Democracy in Chains names its true architect—the Nobel Prize-winning political economist James McGill Buchanan—and dissects the operation he and his colleagues designed over six decades to alter every branch of government to disempower the majority.

3. Dark Money: The Hidden History of the Billionaires Behind the Rise of the Radical Right by Jane Mayer

Who are the immensely wealthy right-wing ideologues shaping the fate of America today? From the bestselling author of The Dark Side, an electrifying work of investigative journalism that uncovers the agenda of this powerful group.

4. On Tyranny: Twenty Lessons from the Twentieth Century by Timothy Snyder

A quick read but an important book for resisting fascism. The Founding Fathers tried to protect us from the threat they knew, the tyranny that overcame ancient democracy. Today, our political order faces new threats, not unlike the totalitarianism of the twentieth century. We are no wiser than the Europeans who saw democracy yield to fascism, Nazism, or communism.  Our one advantage is that we might learn from their experience.

It Can’t Happen Here is the only one of Sinclair Lewis’s later novels to match the power of Main Street, Babbitt, and Arrowsmith. A cautionary tale about the fragility of democracy, it is an alarming, eerily timeless look at how fascism could take hold in America.

6. The Origins of Totalitarianism Paperback by Hannah Arendt

Hannah Arendt's definitive work on totalitarianism and an essential component of any study of twentieth-century political history.

7. The Future Is History: How Totalitarianism Reclaimed Russia by Masha Gessen

In The Future Is History, she follows the lives of four people born at what promised to be the dawn of democracy. Each came of age with unprecedented expectations, some as the children and grandchildren of the very architects of the new Russia, each with newfound aspirations of their own — as entrepreneurs, activists, thinkers, and writers, sexual and social beings. Gessen charts their paths not only against the machinations of the regime that would crush them all, but also against the war it waged on understanding itself, ensuring the unobstructed reemergence of the old Soviet order in the form of today's terrifying and seemingly unstoppable mafia state. Powerful and urgent, The Future Is History is a cautionary tale for our time and for all time.

In THE DANGEROUS CASE OF DONALD TRUMP, twenty-seven psychiatrists, psychologists, and other mental health experts argue that, in Mr. Trump’s case, their moral and civic “duty to warn” America supersedes professional neutrality. They then explore Trump’s symptoms and potentially relevant diagnoses to find a complex, if also dangerously mad, man.

9. White Rage: The Unspoken Truth of Our Racial Divide by Carol Anderson

From the Civil War to our combustible present, acclaimed historian Carol Anderson reframes our continuing conversation about race, chronicling the powerful forces opposed to black progress in America.

10. The Authoritarians by Bob Altemeyer

You can download a pdf of the book for free here. Or it’s available as a paperback, Audio CD and Audiobook.

A major new biography - an extraordinary, penetrating study of the man who has become the personification of evil. For all the literature about Adolf Hitler, there have been just four seminal biographies; this is the fifth, a landmark work that sheds important new light on Hitler himself. Drawing on previously unseen papers and a wealth of recent scholarly research, Volker Ullrich reveals the man behind the public persona, from Hitler's childhood, to his failures as a young man in Vienna, to his experiences during the First World War, to his rise as a far-right party leader. Ullrich deftly captures Hitler's intelligence, instinctive grasp of politics, and gift for oratory as well as his megalomania, deep insecurity, and repulsive worldview.

12. American Fascists: The Christian Right and the War on America by Chris Hedges

Raised in rural parishes by his Presbyterian pastor father, liberal activist and journalist Hedges has a very specific perspective from which to criticize the Christian Right, which he argues is not a legitimate religion but a political movement that ultimately seeks to undermine government. The Christian Right, Hedges warns, echoes young Italian and German fascist movements in the 1920s and '30s, its "yearning for apocalyptic violence and its assault on intellectual inquiry laying the foundation for a new, frightening America."Though American Fascists was published a decade ago, it's essential reading for anyone hoping to understand the Mike Pence sector of the current administration, encompassing coverage of events from pro-life rallies to workshops on gay conversion therapy.

13. The Handmaid's Tale by Margaret Atwood

A society traumatized by terror falls under the sway of a brutal regime that holds to allegedly Old-Testament Christian values. In Handmaid Offred’s world, women’s rights have been relinquished for the promise of law and order, and her role is simply asa vessel to produce a baby. In the Republic of Gilead, formerly the United States, far-right Schlafly/Falwell-type ideals have been carried to extremes in the mono-theocratic government. The resulting society is a feminist's nightmare: women are strictly controlled, unable to have jobs or money and assigned to various classes: the chaste, childless Wives; the housekeeping Marthas; and the reproductive Handmaids, who turn their offspring over to the "morally fit" Wives.

14. Give Us the Ballot: The Modern Struggle for Voting Rights in America by Ari Berman

Through meticulous research, in-depth interviews, and incisive on-the-ground reporting, Give Us the Ballot offers the first comprehensive history of its kind, and provides new insight into one of the most vital political and civil rights issues of our time.

Democracy is struggling in America--by now this statement is almost cliché. But what if the country is no longer a democracy at all? In Democracy Incorporated, Sheldon Wolin considers the unthinkable: has America unwittingly morphed into a new and strange kind of political hybrid, one where economic and state powers are conjoined and virtually unbridled? Can the nation check its descent into what the author terms "inverted totalitarianism"?

16. No Is Not Enough: Resisting Trump's Shock Politics and Winning the World We Need by Naomi Klein

Acclaimed journalist, activist, and bestselling author Naomi Klein has spent two decades studying political shocks, climate change, and “brand bullies.” From this unique perspective, she argues that Trump is not an aberration but a logical extension of the worst, most dangerous trends of the past half-century—the very conditions that have unleashed a rising tide of white nationalism the world over. It is not enough, she tells us, to merely resist, to say “no.” Our historical moment demands more: a credible and inspiring “yes,” a roadmap to reclaiming the populist ground from those who would divide us—one that sets a bold course for winning the fair and caring world we want and need.

17. Globalization and Its Discontents Revisited: Anti-Globalization in the Era of Trump by Joseph E. Stiglitz

In this crucial expansion and update of his landmark bestseller, renowned economist and Nobel Prize winner Joseph E. Stiglitz addresses globalization’s new discontents in the United States and Europe.

18. The Plot to Hack America: How Putin's Cyberspies and WikiLeaks Tried to Steal the 2016 Election by Malcolm Nance

The Plot to Hack America is the thrilling true story of how Putin’s spy agency, run by the Russian billionaire class, used the promise of power and influence to cultivate Trump as well as his closest aides, the Kremlin Crew, to become unwitting assets of the Russian government. The goal? To put an end to 240 years of free and fair American democratic elections.