In 1973, the ERA was sent to a subcommittee in the Georgia legislature rather than taken to a vote.  It was defeated several times in the 1970’s. In 1980, the Georgia Senate defeated the ERA 32 to 23.  In 1982, the Georgia House defeated the ERA 116 to 57.  Despite these unsuccessful attempts to ratify, a 1981 League of Women’s Voters poll showed that 73% of voters in central Georgia were in favor of the ERA.

What You Can Do

1) Contact your state senator or representative asking them to introduce a bill for Georgia to ratify the ERA.

You can find the list of state legislature members along with their email, address and phone number here.

2) Contact your state U.S. Senators to co-sponsor the bill (S.J.Res. 1) to eliminate the deadline for the ERA or thank them if they already are

3) Contact your state U.S. Representative to co-sponsor the bill (H.J.Res. 17) to eliminate the deadline for the ERA or thank them if they already are

There are several other campaigns initiated by Democrats Abroad.   You can find the list and details here.

These are organizations that have emails about state ERA activities.

Articles about ERA in Georgia 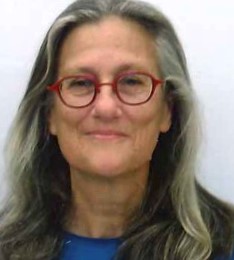 Katie Solon of Germany is the DA ERA coordinator for Georgia.    If you are interested in helping or have questions, you can contact her at [email protected]