Here in France, Democrats Abroad members and friends came to join us for 11 different Debate Watch events on June 27, 28 and 29 in Bordeaux, Grenoble, Lyon, Paris and Strasbourg.

The stakes are high for the 2020 presidential election. Democrats around the world are closely listening to what the candidates and saying...and are watching how they are saying it. These debate watch events - which were shown via replay - allowed Democrats living in France to view the debate in its unedited version and to discuss with other Americans in real time.

Overall, the turnout was terrific. The events were fun and relaxed - a chance to meet fellow Americans, to play Debate Night BINGO, to have a cool drink or to grab a bite to eat afterwards. 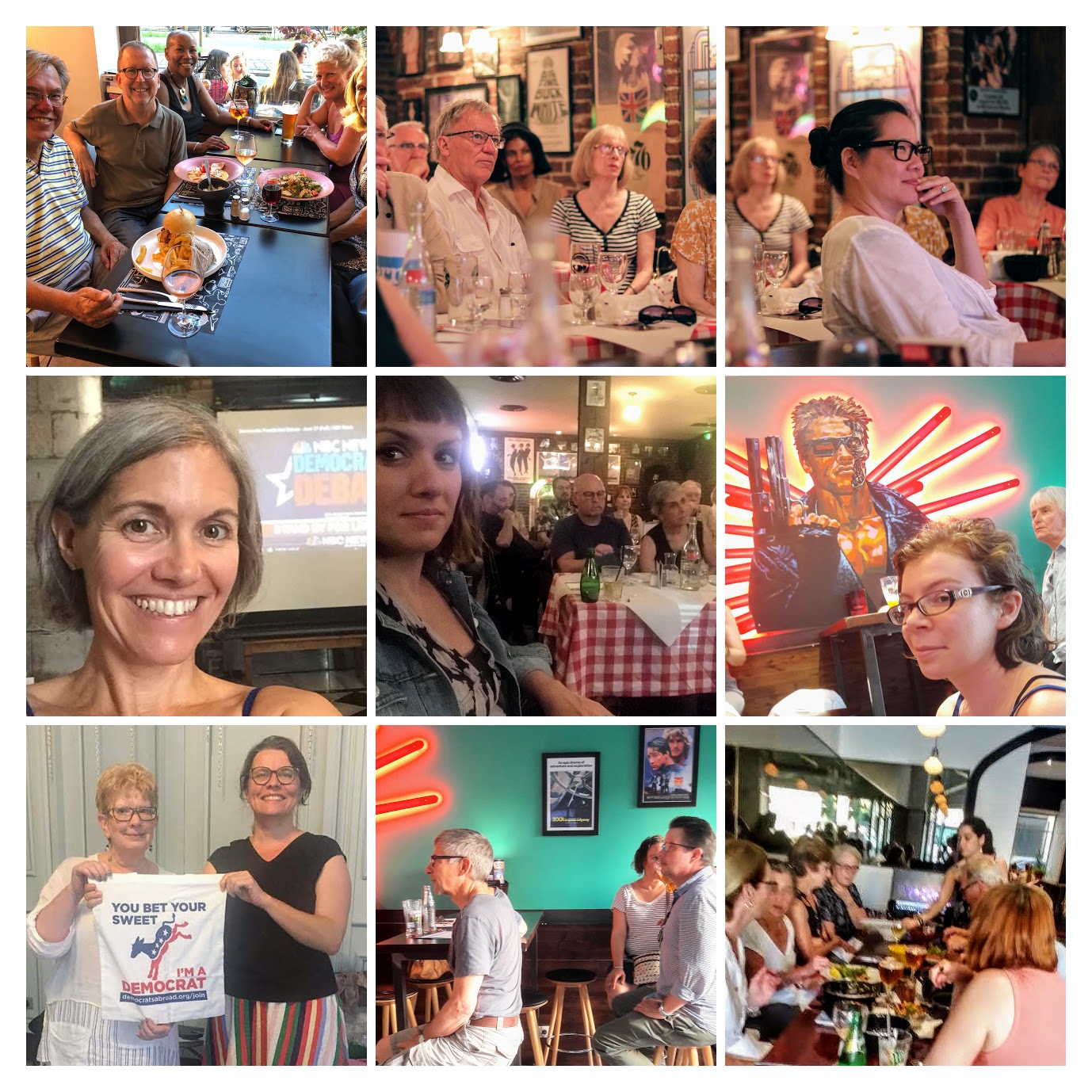 From Tom Perez, DNC Chair, the top-line on the two nights of debates is:

If you missed the debate, here are links to see the full broadcasts: Night 1   Night 2 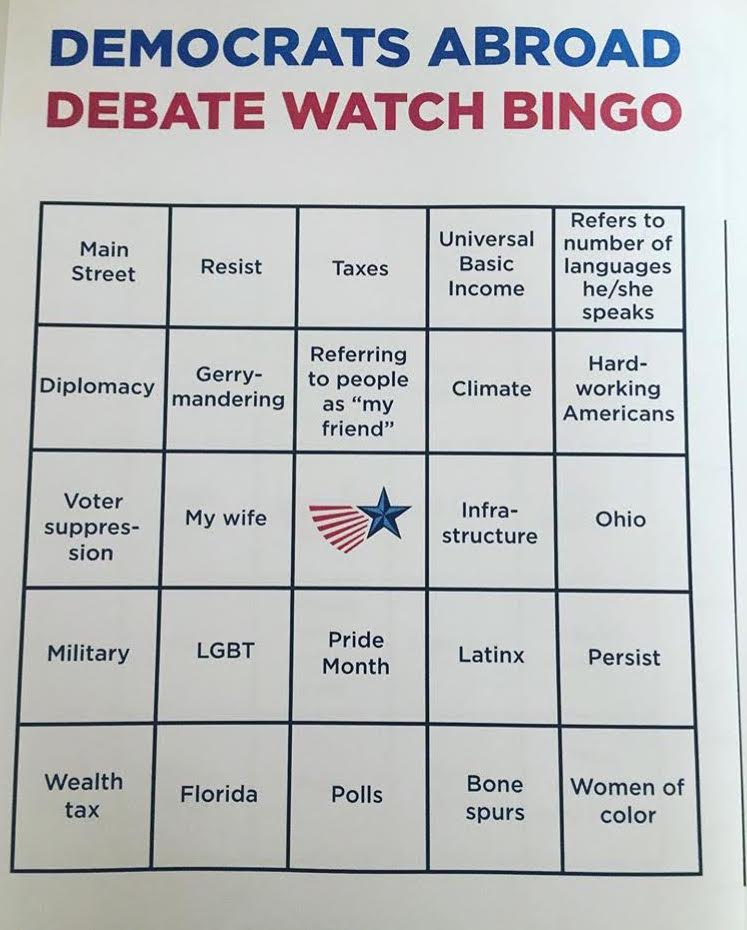 The SECOND Democratic Primary Debate is scheduled for July 30 & 31 in
Detroit, Michigan. As part of our commitment to keep our members and friends informed, Democrats Abroad France will host Debate Watch events for this and all subsequent debates.

Stay tuned for more information regarding DA France hosted Debate Watch events. We will provide event details on our Events page and on our Facebook page as soon as they are available.