Senator Baldwin on the Equality Act 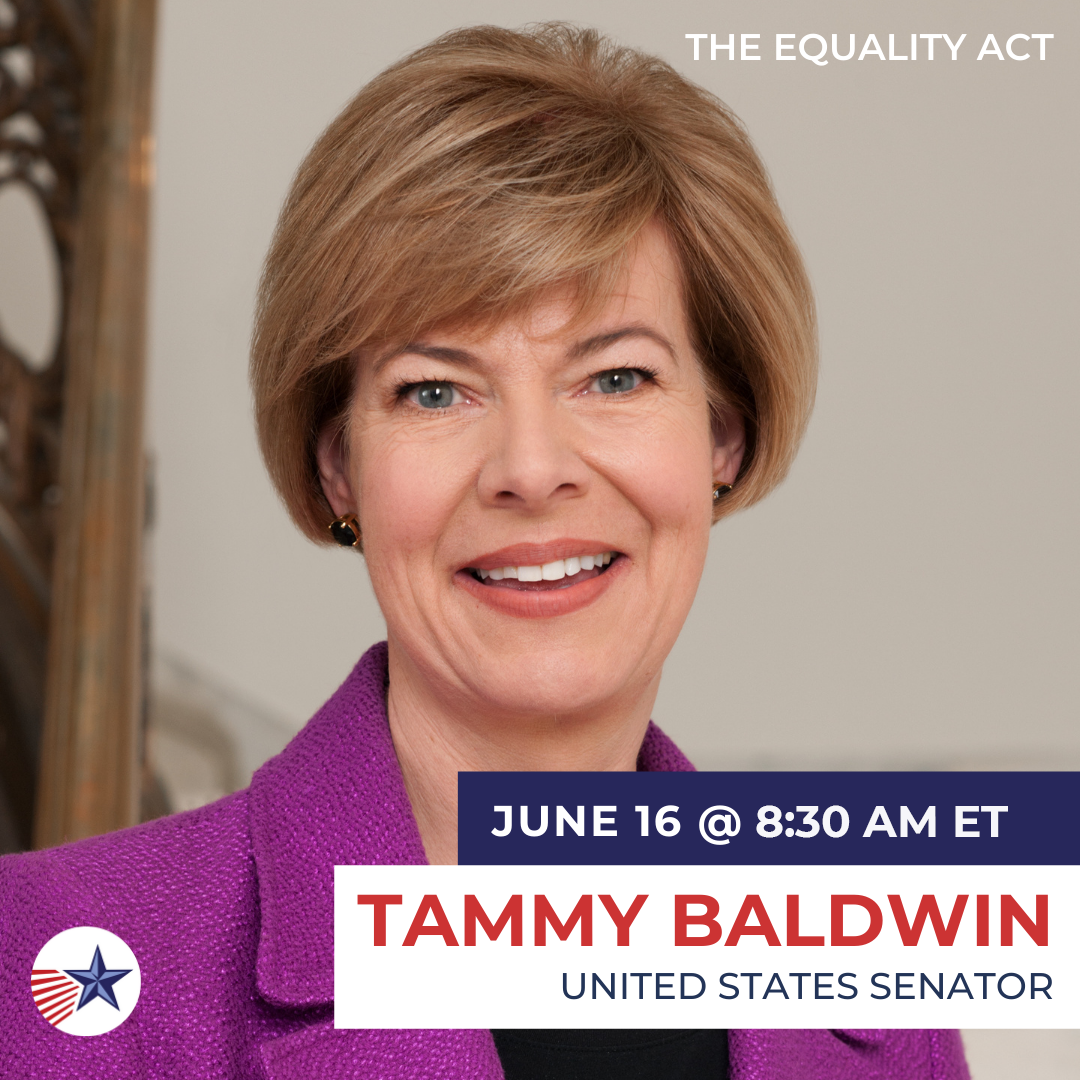 RSVP Below to get the meeting link!

Join us as we speak with Senator Tammy Baldwin, a leading co-sponsor of the Equality Act, about the bill and what steps we can take as Americans abroad to ensure its passage.

“There will not be a magic day when we wake up and it's now OK to express ourselves publicly. We must make  that day ourselves, by speaking out publicly -- first in small numbers, then in greater numbers, until it's simply the way things are and no one thinks twice. Never doubt that we will create this world, because, my friends, we are fortunate to live in a democracy, and in a democracy, we decide what's possible.”

Senator Tammy Baldwin is the junior US Senator from Wisconsin. A member of the Democratic Party she served three terms in the Wisconsin State Assembly representing the 78th district, and from 1999 to 2013 represented Wisconsin’s 2nd congressional district in the US House of Representatives.

In 1998, Baldwin was elected as the state's first female member of Congress and the nation's first openly gay challenger sent to Congress. In 2012, Baldwin became the first woman from Wisconsin to serve in the Senate and the first openly-LGBTQ senator ever elected. Senator Baldwin was re-elected in 2018 by a near historic margin of nearly 11%.

In the Senate, Baldwin has worked closely with the Wisconsin business community to build a Made in Wisconsin economy and drive economic growth. Baldwin has championed reforms for lowering costs and expanding access to health care, taking on Wall Street and the special interests that are calling the shots in Washington, and standing up for Wisconsin.

Baldwin identifies as a progressive, and she has a consistently progressive voting record. She supports Medicare for All, LGBTQ rights, and gun control, and opposed the Iraq War.  Senator Baldwin is a leading co-sponsor of the Equality Act.

Even if you can't join our talk with Senator Baldwin, please support our 2021 and 2022 Get Out the Vote campaign by making a donation - large or small.

RSVP to receive the Zoom link.